Tickford drivers react to Eseries: ‘It was complete madness’

Tickford drivers react to Eseries: ‘It was complete madness’ 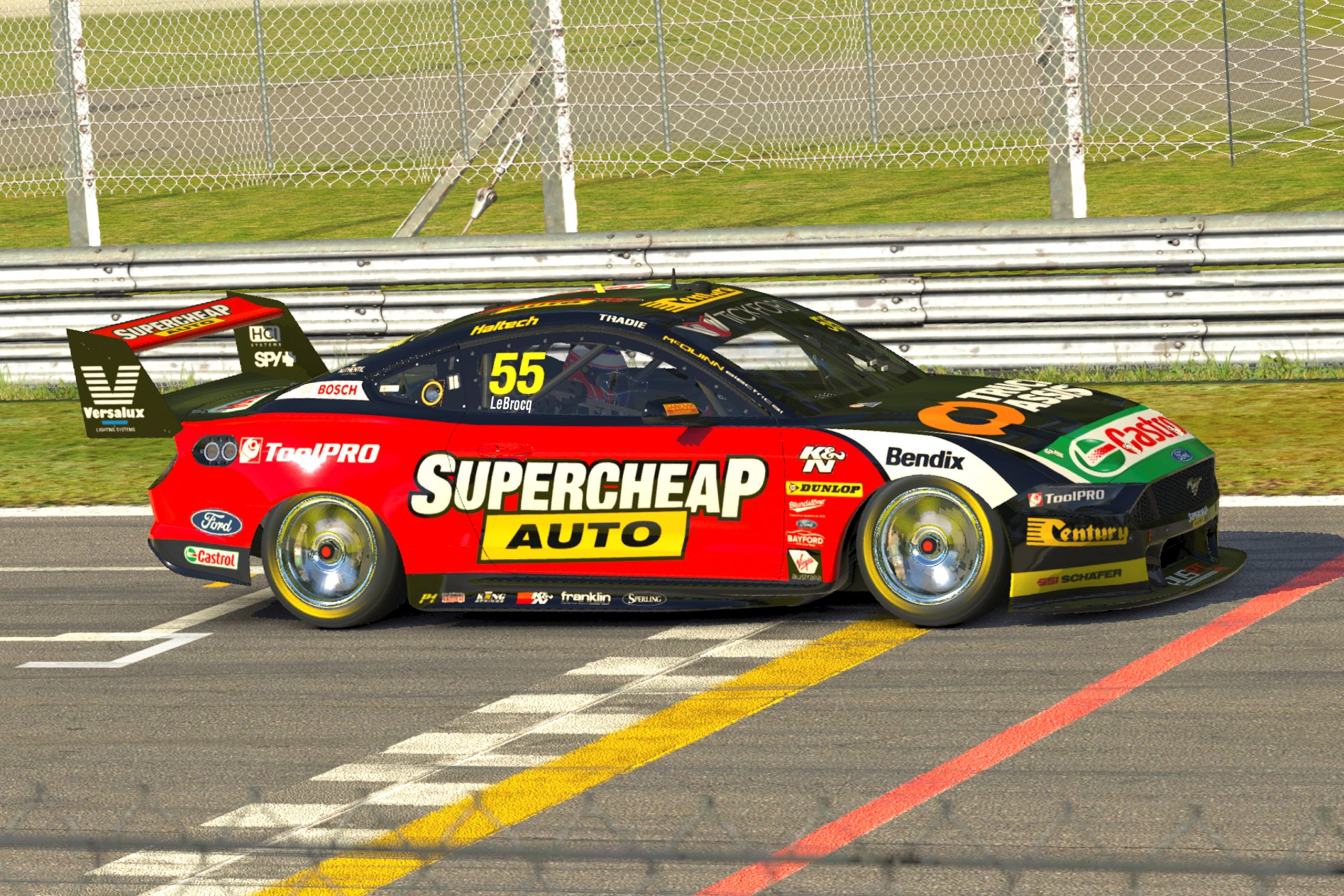 A win for Jack Le Brocq highlighted a mixed bag of results for Tickford Racing in a chaotic first BP Supercars All Stars Eseries event.

Le Brocq started the night poorly, falling from 12th to 24th in the first race at the Phillip Island Grand Prix Circuit, which then put him on the front row for the reverse grid race that followed.

The Supercheap Auto Racing driver managed to stay out of trouble for much of the race and establish a comfortable margin.

However, Anton De Pasquale of Penrite Racing managed to reel him in and at the last corner of the last lap shoved Le Brocq out of the way.

De Pasquale was subsequently given a post-race penalty for the bump-and-run, which put Le Brocq back into top spot.

“It was a really cool evening actually,” said Le Brocq.

“I’ve had such positive messages and calls from so many people saying how cool it was to watch so that’s great for everyone.

“There was some pretty hairy racing going on, I’m glad it was in the virtual world and glad to get through it.

“We were unlucky with the internet dropping out five minutes before Race 1 but Race 2 made up for it.

“The win was pretty cool, having a sim guru like Anton chasing us down for the last half of the race was hairy.

“I cooked the rear tyres with a few laps to go so that made it interesting. Anyway, an awesome night, and I’m looking forward to coming back next Wednesday.”

Cameron Waters had a successful night with podium finishes at the Phillip Island Grand Prix Circuit and Autodromo Nazionale Monza.

He moved forward in all three races, claiming third place in the opening race of the night and falling short of victory in the final after Scott McLaughlin hunted him down.

“It was a very interesting first night of the Eseries, lots of carnage, but yeah I’m happy to get two podiums,” said Waters.

“I think the pace is okay, but it’s just so unpredictable, obviously qualifying and getting your laps right, then racing, it’s so easy to make a mistake and hit someone, and obviously everyone gets caught up in it.

“It was entertaining from where I was sitting, hopefully everyone else was entertained. Overall, the first night was pretty good I thought.”

Truck Assist Racing driver Lee Holdsworth had dramas throughout the night with internet issues that led to him getting caught up in several incidents.

His best finish was 13th place in a chaotic final race in Monza.

“It was a very frustrating night,” he said.

“I had dramas with different internet programs opening up whilst I was driving which caused some big shunts.

“I need to put in some hours for next week, but it was nice to get back to some kind of racing. It was wild for us which hopefully was enjoyable for the fans.”

Will Davison of Milwaukee Racing finished just shy of the podium in the third race and said he learned a lot.

He’s already looking forward to the next event.

“It was complete madness for us, but good fun really, hopefully we gave the fans something to cheer about, after all that’s why we do this,” said Davison.

“We learned quite a bit tonight and have a few things we want to try for next week, but more than anything I’ll just need laps to try and find the most out of myself and the car.

“It’s an okay start, and great that we’re doing this, I’m already looking forward to next week.”