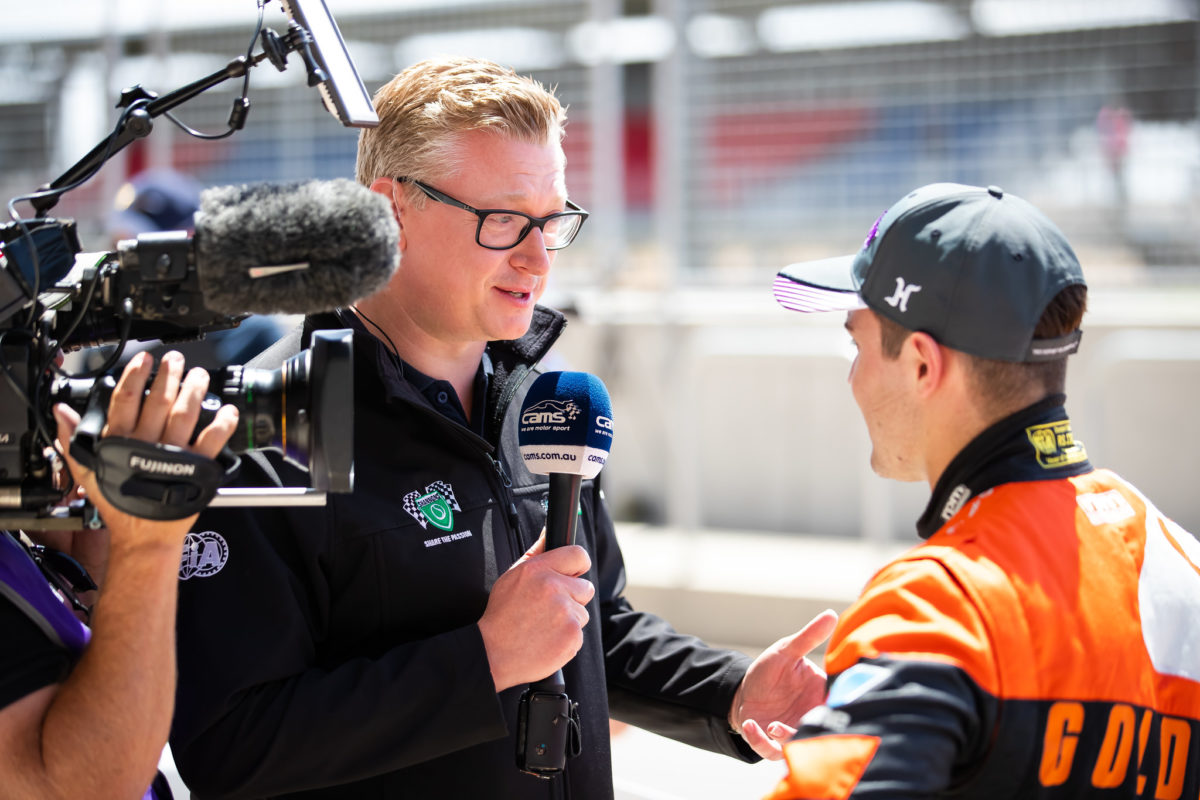 Experienced motorsport television personality Aaron Noonan will step into the commentary booth for Round 2 of the carsales ARG eSport Cup.

After a series of broadcast and audio issues in the Round 1 coverage from Mount Panorama, Noonan will step into the commentary role alongside Honda TCR driver Tony D’Alberto.

Noonan was a part of last year’s TCR Australia and S5000 coverage on SBS, as well as a place on Network Ten’s RPM.

While those deals were not renewed the ARG eSport Cup has will see Noonan calling motorsport once again.

“We’re all missing racing, and although it’s virtual, it’s still racing and we’re thankful our sport has the ability to produce something like this,” he told Speedcafe.com.

“With no racing to follow, this is absolutely the next best alternative and this is the best way to do it and let them loose around Zolder.

“Having drivers like Garth Tander, Will Brown and former British Touring Car champion Ash Sutton give the ARG eSport Cup some real star power, and with the broadcast issues corrected, we are set for a fun night.”

Round 2 of the carsales ARG eSport Cup will be streamed on Speedcafe.com from 20:00 AEST.