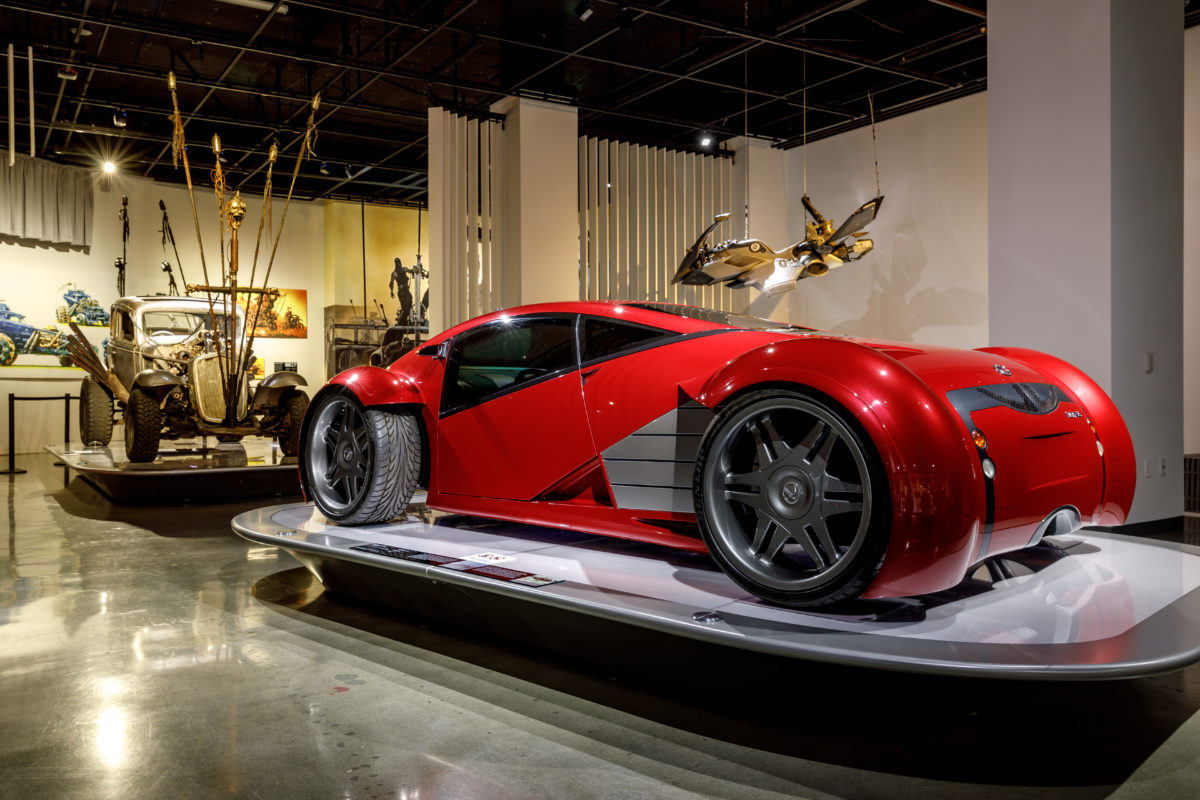 The Petersen Museum in Los Angeles

Every Wednesday we’ll provide information, media and facts on some of the best ‘automotive’ themed getaway ideas from Australia, New Zealand and around the world.

The Petersen Automotive Museum in Los Angeles, California has a mission statement which reads – “To explore and present the history of the automobile and its impact on global life and culture using Los Angeles as the prime example”.

That mission is achieved in every sense of the word and sits as one of the great automotive time capsules of our time.

The building itself, at 6060 Wilshire Blvd, started life as a high-end Japanese department store in the 1950s, but sat idle for 10 years before it was purchased by philanthropist and publishing magnate, Robert E. Petersen and his wife Magie in 1994.

Petersen originally worked at MGM studios and started his own publicity agency after being laid off.

He was hired to publicise an exhibition of hot rods in 1947 and during the show he realised there were no specific publications for Hot Rodding.

He soon created Hot Rod Magazine and a line of other automotive themed publications followed including Car Craft, Rod & Custom, Sports Car Graphic and Motor Trend. His empire expanded and in 1996 he sold Petersen Publishing Company to a private equity fund for $US450 million, which in turn sold it for $US2 billion three years later.

At a similar time Petersen purchased 6060 Wilshire Blvd with the idea of creating a car museum for his already impressive collection, which obviously grew once he had the cash in his pocket.

The museum was closed in 2014 and totally redeveloped before reopening in 2015 after a $US90 million transformation into a state of the art facility that houses more than 100 vehicles over three main floors as well as another 250 cars in the 60,000-sq foot “Vault”.

There is also a street-level restaurant, giftshop, offices, multi-level carpark and function areas.

The outside of the building comprises 308 individual stainless steel silver “ribbons” bolted together with 140,000 custom. The “sculpture” depicts the airflow over the top of a vehicle in a windtunnel.

Inside the museum is an ever-changing display of automotive history spanning more than 120 years with something new and unexpected with every turn of the head.

Vintage cars, hot rods, movie cars, championship winning cars, the personal cars of Hollywood legends and cars and bikes of the future provide visitors hours of browsing pleasure, before they spend up in a very cool gift shop.

Sadly Petersen and his wife never got to see the final transformation of the museum after passing away in 2007 and 2011 respectively. Their two sons were killed in a plane crash in 1975.

The museum is now owned and operated by the Petersen Automotive Museum Foundation.