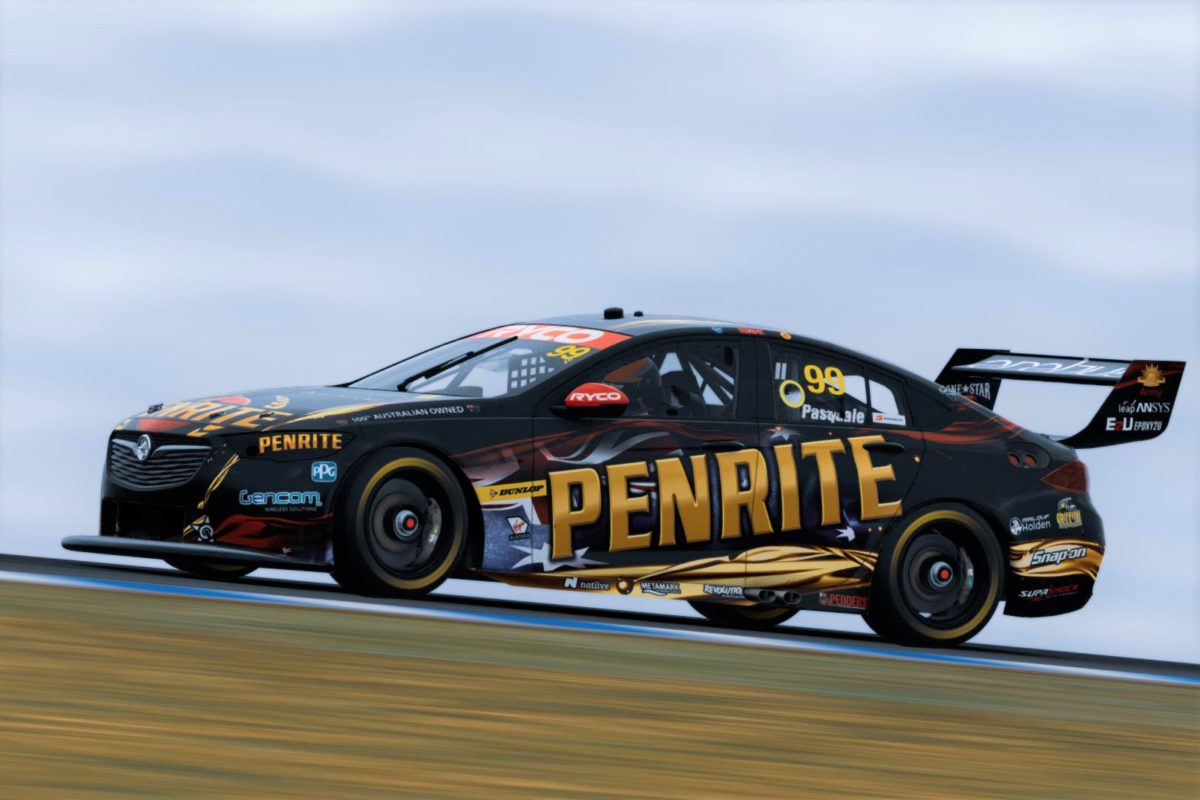 Round 1 of the BP Supercars All Stars Eseries at the Phillip Island Grand Prix Circuit saw a late-race battle between the Penrite Racing driver and Jack Le Brocq of Supercheap Auto Racing.

De Pasquale and Le Brocq made contact at the final corner after the Penrite Racing driver closed the gap exiting the penultimate turn.

As a result, De Pasquale got the lead and Le Brocq fell to second. However, De Pasquale was given a penalty that dropped him from first down to 13th in the order.

Speaking with Speedcafe.com, Baird said software limitations meant he could only apply a 30-second penalty and not a five-second penalty or reversal of position as had been intended.

“I sent a five-second penalty for De Pasquale, but what happened obviously in the software, it didn’t have a facility to just bang that five seconds in,” said Baird.

“Unbeknownst to me, it turned out to be a 30-second penalty because that’s built into the game.

“I felt really sorry for Anton. It’s a move that I don’t feel he would have done in the real world and the consequences would be a lot greater for both drivers if you did that in the last corner.

“I didn’t want to move him back where it took him and I felt guilty because it came across as I had given him a 30-second penalty.”

Baird said he hopes that measures can be put in place for Round 2 onwards that allows for more flexibility.

“We need to work as a group in the bunker with iRacing to be able to be more lenient on penalties, more like the real world,” he said.

De Pasquale believed the 30-second penalty was too much.

“I think a 30-second penalty is a bit harsh for having a dip,” he said.

“Obviously, I had overlap so I can’t disappear on the apex. I tried to put a good show on for everyone and ended up in the steward’s room.

“It’s pretty ironic I got the first penalty in the Eseries after I saw a few cars getting rolled and stuff like that but just got to get back into it for next race and carry on.”

De Pasquale said the rest of the night at Monza was a largely frustrating affair with a crash that took out most of the field at the first chicane followed by an even bigger crash at Curve Grande.

“By the time the last race came on and there were first lap crashes, it kind of ruined the race a bit,” he said.

“It could have been an awesome race but as we go on it should improve as more drivers get more practice and keep it on the track so I think the racing will just get better.

“I had a good time though it’s not fun racing anywhere when you get crashed out and penalised, that’s pretty frustrating, but overall it was cool and we’ll come back and have a better week next week.”

De Pasquale said he’s already looking forward to the next round on April 14, which will see races take place at Silverstone Circuit and Circuit de Barcelona-Catalunya.

“I think it was received really well by the fans. It’s always good when people are watching and all the teams and drivers are getting behind the series.

“I’m looking forward to the next round, I know Silverstone and Barcelona and I think most of the guys will know what to expect.”

The BP Supercars All Stars Eseries continues on April 15 (19:00 AEST) with races at Silverstone Circuit and Circuit de Barcelona-Catalunya live streamed via Speedcafe.com.