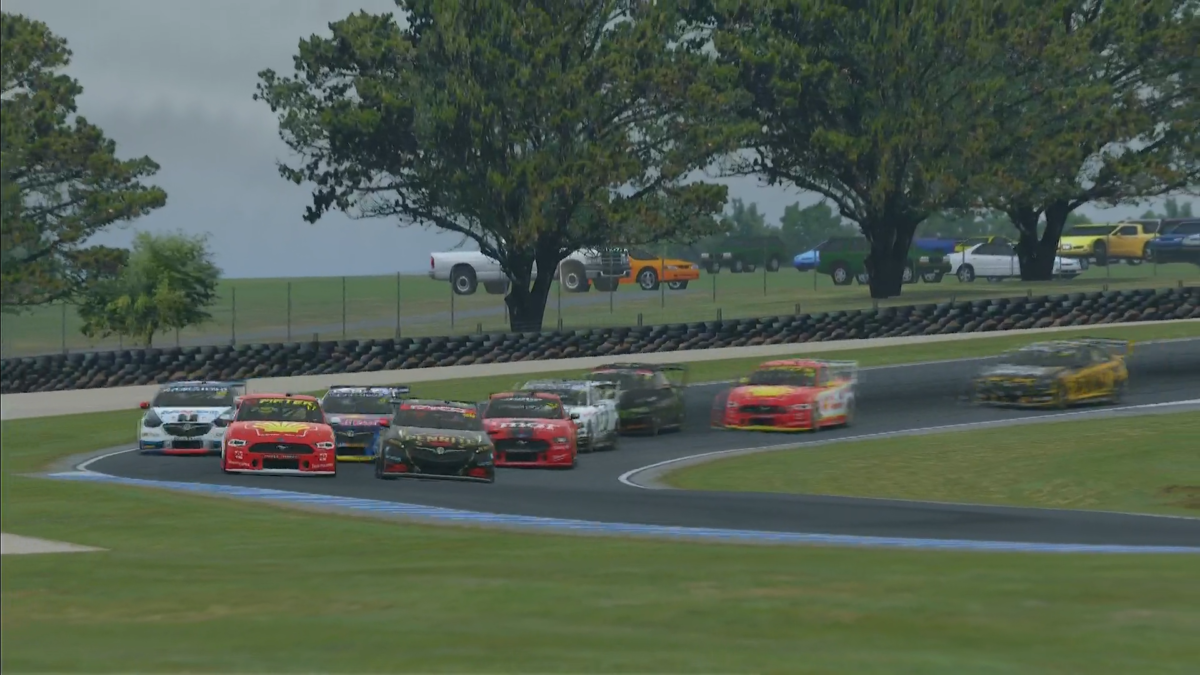 The field on approach to Turn 3 on the opening lap

Scott McLaughlin has claimed victory in the opening BP Supercars All Stars Eseries in a nine lap encounter a Phillip Island.

CLICK HERE to watch Round 1 live and free on Speedcafe.com.

Off the line, Mark Winterbottom fired it off the road as McLaughlin leapt from the second row to seize the lead into the first corner.

Lee Holdsworth found himself at the head of the field after a moment at the opening corner, cutting the Southern Loop and rejoining on the run to Turn 3.

Contact just behind the race leader at Turn 3 saw De Pasquale off the road as Andre Heimgartner rose to second only to run wide at the final corner and cede the spot to Fabian Coulthard at the end of the opening lap.

Rick Kelly found himself upside down on the front straight at the start of Lap 4, spinning the Castrol Mustang on its roof before he reset and returned to the pit lane.

De Pasquale dropped outside of the top 10 after his opening lap incident before climbing his way back, putting a move on Hazelwood midway around Lap 5.

A mistake from the Brad Jones Racing driver saw him crossed up under brakes at MG, firing into the grass on the inside of the corner before rejoining.

Shane van Gisbergen fell to sixth while team-mate Whincup climbed from 24th on the grid to 13th.

McLaughlin’s final margin of victory was more than three seconds from Coulthard, who held off Waters by less than three tenths of a second.