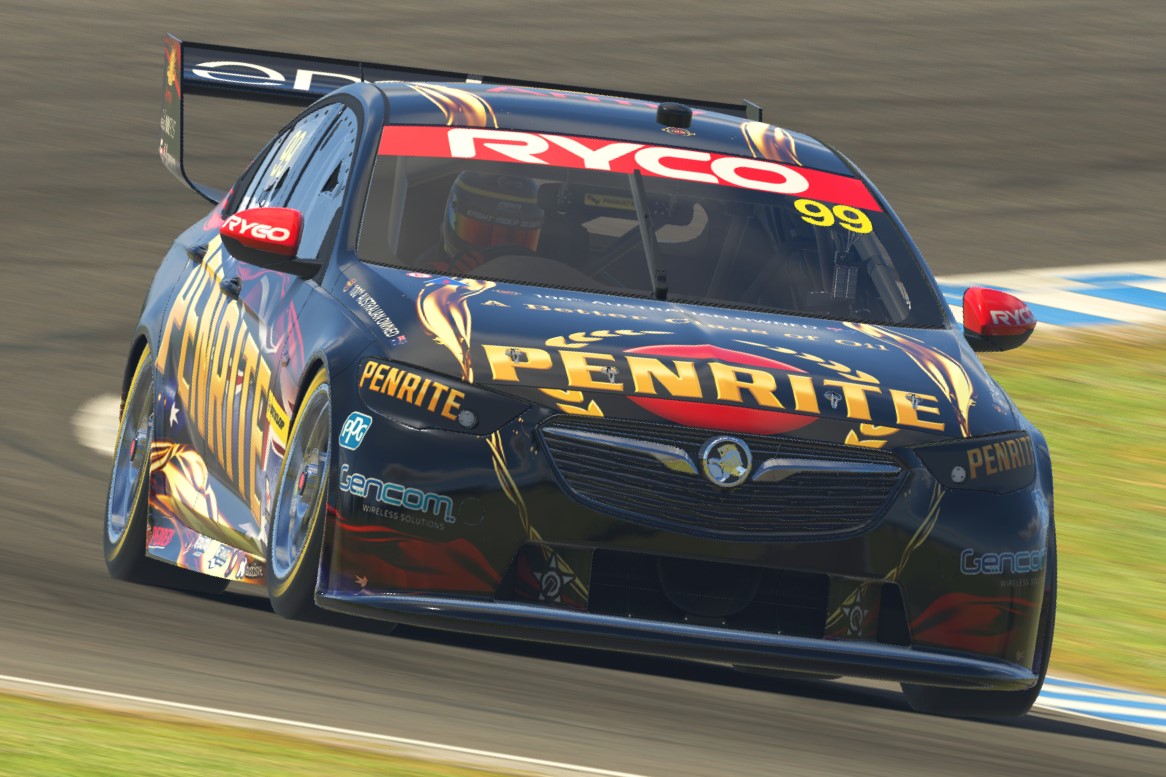 CLICK HERE to watch Round 1 live and free on Speedcafe.com.

De Pasquale was the early pacesetter in the first 15-minute qualifying session at the virtual Phillip Island Grand Prix Circuit.

Fellow Kiwi driver Shane van Gisbergen of the Red Bull Holden Racing Team lay third and not far off the pace with a 1:27.751s.

Bryce Fullwood shot up late in the session to go fourth quickest in the Middy’s-backed Walkinshaw Andretti United entry.

The final few minutes of the session saw De Pasquale improve his benchmark with a 1:27.380s to increase his advantage.

McLaughlin improves as well, but could only do a 1:27.681 to stay in third. Last to cross the line was van Gisbergen on a 1:27.554, an improvement on his first effort but not enough to edge De Pasquale.

Jamie Whincup was a literal latecomer to the session, connecting to the server with only a few minutes to go in the session.

He managed to record a time, albeit well off the pace of the front-runners in 24th overall.

The drivers quickly moved to Autodromo Nazionale Monza where it was once again De Pasquale who led the early proceedings.

McLaughlin was second early on and managed to hold station until the end of the session. He had hoped to do one more flying lap, but failed to cross the line in time.

Chaz Mostert was on the pace early too, just two tenths away from the top two. However, it was a bigger gap back to fourth with Heimgartner seven tenths away and Zane Goddard of Matt Stone Racing in fifth.

Van Gisbergen shot to fourth with four minutes remaining in the session where he would stay behind Mostert.

Once again, Whincup was nowhere to be seen down in 19th with Reynolds ahead of him in 18th.

Round 1 of the BP Supercars All Stars Eseries starts at 7:00 AEST with two races at the Phillip Islang Grand Prix Circuit followed by one race at Autodromo Nazionale Monza.