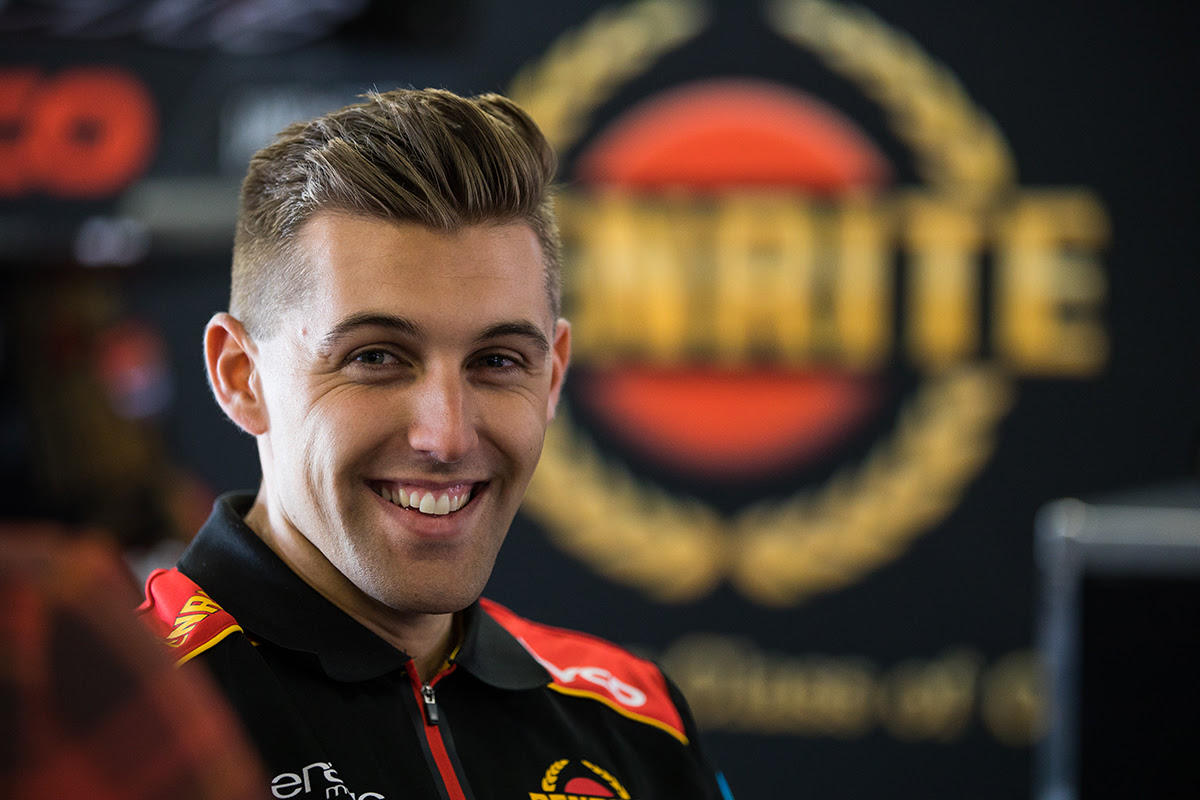 Penrite Racing driver Anton De Pasquale has shrugged off suggestions he is the man to beat in the BP Supercars All Stars Eseries.

The 24-year-old has been tipped to be a front-runner in the online-based competition. The Victorian driver has a win rate of 45 percent from 370 road course starts on iRacing.

“I have heard what some of the others have said and I know Scotty (McLaughlin) came out and tipped me as a hot favourite,” said De Pasquale.

“But that was right after he won an IndyCar iRacing Challenge, so I think he’s probably trying to take some pressure off himself.

“It’s always a good thing when people think of you as competition.”

De Pasquale will be one of 25 drivers contesting the opening round of the series, which starts tonight at the virtual Phillip Island Grand Prix Circuit and Autodromo Nazionale Monza and will be streamed via Speedcafe.com.

The third-year Supercars driver expects he’ll be towards the top end, but will have stiff opposition from the likes of Chaz Mostert, Shane van Gisbergen and McLaughlin.

“I think myself, Scott, Shane, and even Chaz have done a fair bit of this stuff in the past, so naturally we should be up there somewhere,” he said.

“But all the other guys have been putting in a massive amount of effort, so you can’t discount anyone because they are all super competitive people.”

“I’ve been spending most of my days on the sim. Let’s face it there’s not much else to do and we’ve all got plenty of time, and I have been happy to be involved.

“It’s just so good to have the opportunity to race and be competitive.

“It’s obviously never as good as the real thing but it’s cool to be able to do this and especially with all the effort that the teams and drivers have gone to.

“There are a handful of tracks I have physically raced on when I was in Europe and pretty much all I have been on in terms of on the sim, so I am pretty familiar with them all.”

A sim racing newcomer, Reynolds said, “I’m totally out of my comfort zone even though I have been spending more time than I have ever in my life trying to master the simulator.

“It’s a new experience for me as a lot of the elements in real life are removed, you can’t feel the car underneath you.

“It’s a different world. All the young guys are good at it and they just hose us older guys. They are seconds faster than us and we look like some old fossils.”

The BP Supercars All Stars Eseries gets underway tonight at 19:00 AEST and will be live streamed via Speedcafe.com.