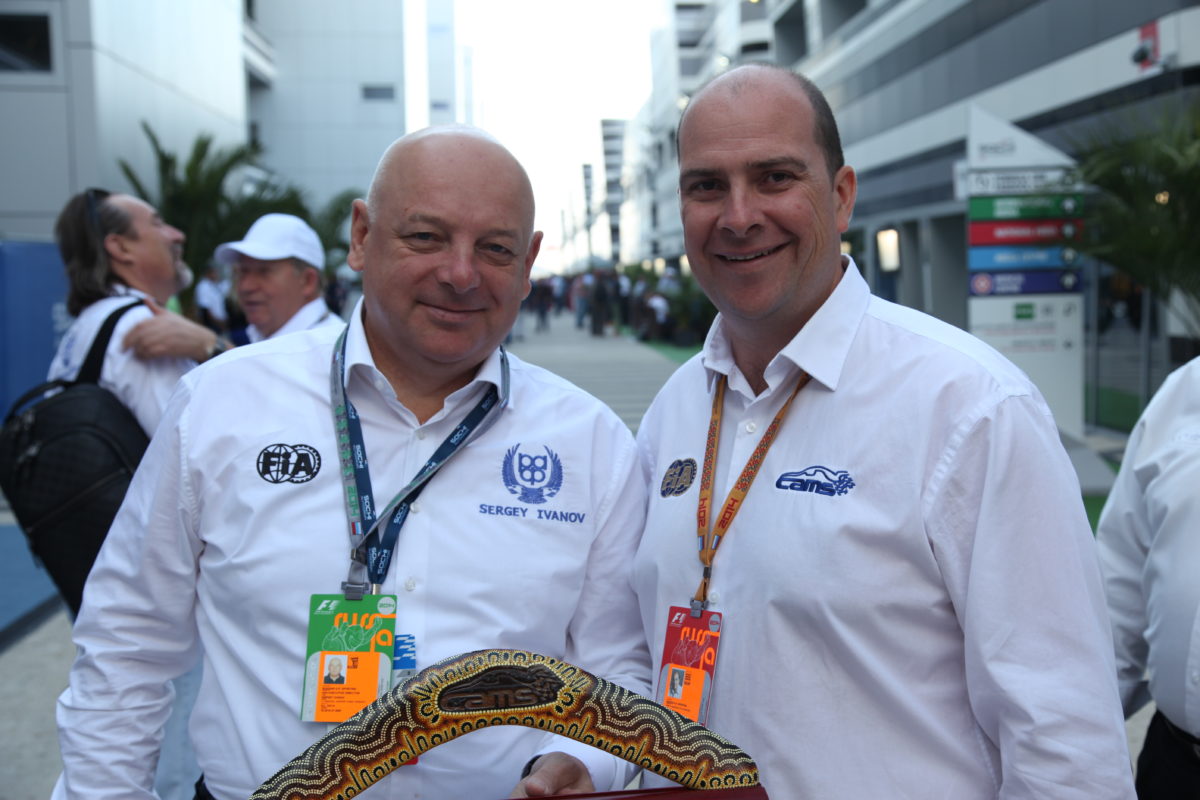 Michael Smith is not one for grabbing the headlines or the limelight, instead works away quickly behind the scenes contributing perhaps more than most to the running of motorsport in Australia.

Smith is Motorsport Australia’s Director Motorsport & Commercial Operations has has the significant job of overseeing every aspect of the sport.

It’s a critical role, and one that Smith has risen to in an almost two-decade career with Motorsport Australia after chucking in the apron on a job in the family restaurant.

Speedcafe.com caught up with Smith to find out a little bit more about his role, and passion for motorsport.

Speedcafe.com: Firstly, tell us a little bit about your role. Your name crops up frequently but I’m not sure most people understand why, so could you explain what you do with Motorsport Australia?

Michael Smith: Basically I’m the head of the motorsport department. So I guess that has many and varied functions, but primarily as the governing body, we’re responsible for ensuring that we have all of the rules and regulations in place and we adhere to all of the safety requirements. So there’s that side of things. I manage the motorsport team and the motorsport department. Within that we’ve got a couple of dimensions. We’ve got the regulatory component, which I guess I just talked about. We also are the organizer for the Australian Grand Prix and that means effectively anything that happens between the fences is our responsibility.

So I manage that on behalf of Motorsport Australia and then as an adjunct to that we also do a lot of international consulting and you might be aware that we do some consulting for things like the Vietnamese Grand Prix and I’m heading up that project as well. Then I guess the third element to what I do is I look after and am responsible for the promotion of the championships that we run. So that includes the Shannons Motorsport Australia championships, it includes the Australian Rally Championship, our Side-By-Side Championship, and the Off-Road Championship.

Smith: It is, but it’s not just me obviously. I mean we’ve got a team of about 17 people and we spread ourselves out into different divisions. We’ve got a safety division, a technical division, a sporting division, and an events division, and I head all of that up.

Speedcafe.com: What does a normal working day look like for you?

Smith: Lots of meetings and also with a large team, you’ve got to make sure that the team are engaged and got everything that they have or need to do their role properly. But it’s dealing with people and whether that’s one of our category managers of the championships that we license, so everything from the GT Championship to Carrera Cup to Supercars and everything in between. Our circuits and facilities are a very big stake holder and we have regular discussions with them. And then we have things like the Shannons Motorsport Australia Championships. It’s planning for those events, whether it be the categories, whether it they looking at schedules, whether it be broadcast partners and sponsors. So it’s a pretty broad portfolio as you say.

Smith: I grew up in the golden age of the Australian Touring Car Championship and followed people like Peter Brock and Dick Johnson and watched big events like Bathurst religiously. But also watching the Australian Rally Championship and drivers like Possum Bourne and then of course Formula One and (Ayrton) Senna and Alain Prost and all of those things. So I grew up I guess being passionate about the sport and then I now consider myself to be one of the lucky ones that gets to work in it.

Speedcafe.com:How did the opportunity to work in the sport come about?

Smith: I’ve been with what was CAMS, now Motorsport Australia, for 18 years. Prior to that, I was actually working in a family business, running a restaurant, believe it or not. I decided that that wasn’t for me. I’d had enough of working in hospitality and I went back to university to do a sports administration degree and one of the requirements for that or to finish my degree was to do a two month placement. I actually did that with CAMS, and I’ve been there ever since and I’ve worked in all parts of the organisation. I had a stint in New South Wales as the state manager up there. Ever since then I’ve really worked in the motorsport department until I got the role that I’ve got today.

Speedcafe.com: Looking at Australian motorsport, we tend to punch above our weight – not just in terms of the drivers and engineers we produce, but even the officials. Given your position and experience in Motorsport Australia, how is it that we are able to produce such high quality people, such that we can offer consultant services to other countries?

Smith: It’s hard to put your finger on it. I mean, we do things so well here. And I think I’ve been fortunate enough with a lot of the work that I do with either the FIA and/or some of the consultancy we do and until you go overseas and you see what’s out there, you don’t really realise how good our motorsport culture is here and how good our motorsport is here full stop. I mean the show that the Supercars put on is the equal to anything I think in the world both from a broadcast point of view and also from an event presentation point of view and also the racing. And we just breed good people.

I mean Michael Masi and Tim (Schenken), I’ve worked very closely with them in all my time really at Motorsport Australia. We’ve worked on a lot of projects together from Singapore to Korea to Russian Grand Prix and I just think that we breed good people. But you see it in team land as well. I mean, some of the very best engineers in Formula 1 are Australian. And some of the know-how that we have in the motorsport industry is really incredible for a country that is relatively small and really on the other side of the world from the hub of motorsport. But I would really say that Australia is absolutely one of motorsport heavyweights.

Speedcafe.com: So looking beyond the current situation into the middle and even distant future, where do you see motorsport in this country going?

Smith: Well, it’s an interesting time for the sport I reckon. I mean we’ve got new vehicle technology evolving by the minute and hybrid technology. We’ve got the advent of electric cars and what that means for us here in Australia. We haven’t yet got a serious promoter come to us and say that they want to race electric cars, but I think that day is coming. We have got a renewed sense of manufacturer engagement I think in the sport, which is really healthy for everyone. And it’s also really interesting given the current environment and what we’re currently going through, what that means for us moving forward. But we’re in a really interesting time and e-racing’s evolving and what does that mean for us as a sport? Autonomous cars are coming along. What does that mean for us as a sport? I mean one of the key things of being in motor-racing is the drivers. So what does autonomous cars mean for us? So there’s a lot of stuff that we’re going to have to come to terms within the next five to 10 years. It’s a really interesting time.