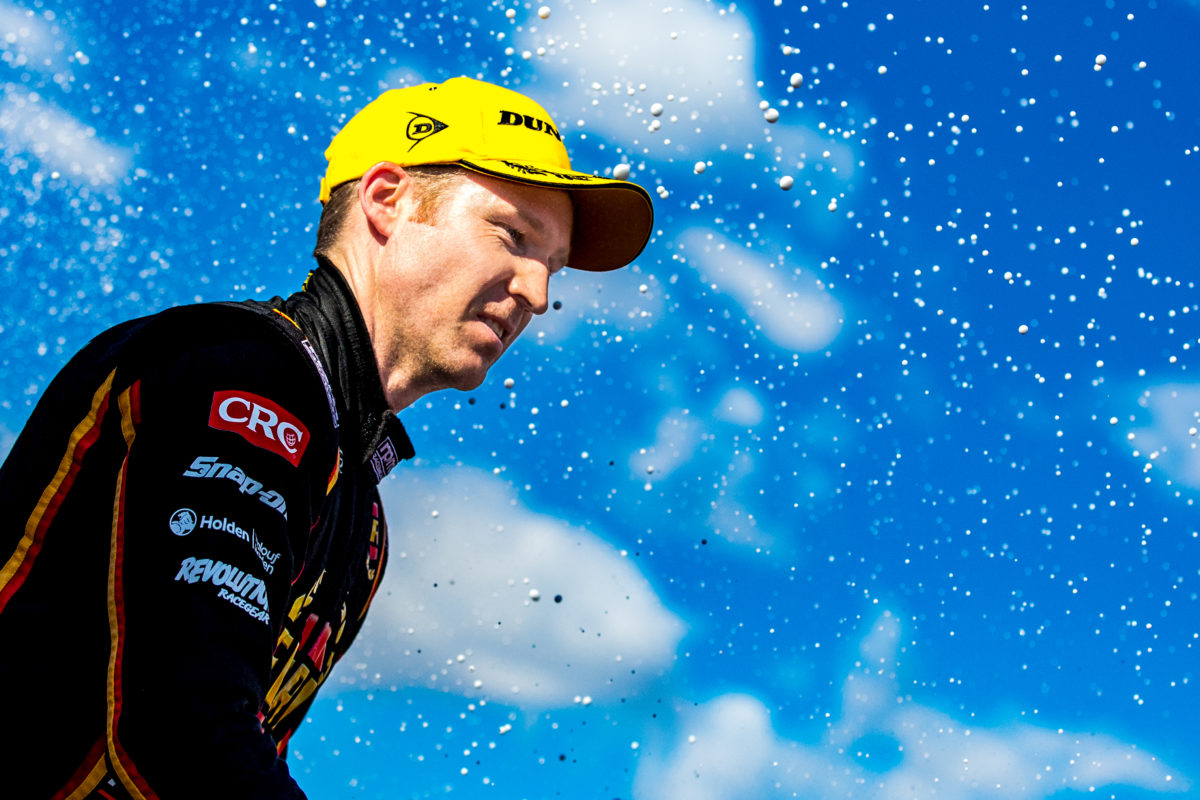 David Reynolds hopes Supercars can get back underway soon

David Reynolds is prepared to race behind closed doors to help Supercars survive the coronavirus crisis.

The Penrite Racing driver won’t be back on track until June at the earliest after rounds in Tasmania, Auckland, and Perth were postponed.

Reynolds sees no reason why Supercars couldn’t go down a similar path to AFL and NRL, which hosted events without spectators before the season was put on hold as the pandemic worsened.

Supercars CEO Sean Seamer has mooted the idea of running TV-only events with a 500-person capacity, however, that hinges on the State and Territory border restrictions being loosened.

“I wouldn’t mind it at all and you could still watch it on TV.

“If you’ve never been, it’s quite an experience but once you’ve had that experience, you can go watch it at home and understand more of the racing side and the strategy.

“The commentators and everyone involved in TV do such a good job that it actually makes it a better sport watching it at home.

“(Racing without spectators) Doesn’t bother me.

“You notice it in that sort of arena, NRL or AFL, because you can really hear that crowd and it gives it the atmosphere but our atmosphere’s different.

“Obviously the crowds are part of it but the cars create their own atmosphere.

“With the TV, you don’t really see the crowd and you don’t hear it at all.

“As a driver, I never really notice if it’s a big crowd or not.

“When you take the formation lap at Bathurst you might look out and go ‘jeez, there’s a lot of people here’ but once the race starts, your focus narrows.”

The next scheduled Supercars event is the Winton Super400 on June 5-7 but with the COVID-19 situation so fluid, the season could easily be further truncated.

“I can’t begin to describe how I feel. It’s like we’ve gone into a forced holiday for x-amount of months.

“We’re going to try to start racing in June but from what I can gather and everything that’s going on, I think it might be longer than that. People are talking six months away.

“I don’t pretend to be an expert but it sucks without sport because we love going racing.

“Our workshop boys have had a mandatory shutdown of two weeks so everyone almost has to go into self-isolation. I can’t see my crew and I can’t joke and laugh with them.

“I can do it on the phone but it’s not the same.

“If you were in a coma and you woke up and turned on the news, you’d think people were dying in the streets and zombies were coming to get you.

“It’s just so bizarre but you’ve got to take precautions so it doesn’t spread and doesn’t get any worse. Everyone is very conscious of that.”

Reynolds is set to be one of 25 drivers who will line up for the opening BP Supercars All Stars Eseries on Wednesday night.

Coverage of the online series starts from 19:00 AEST on Speedcafe.com, Kayo, Fox Sports, and Channel 10.