McLaughlin on IndyCar win: ‘The weirdest Sunday I’ve ever lived’

McLaughlin on IndyCar win: ‘The weirdest Sunday I’ve ever lived’ 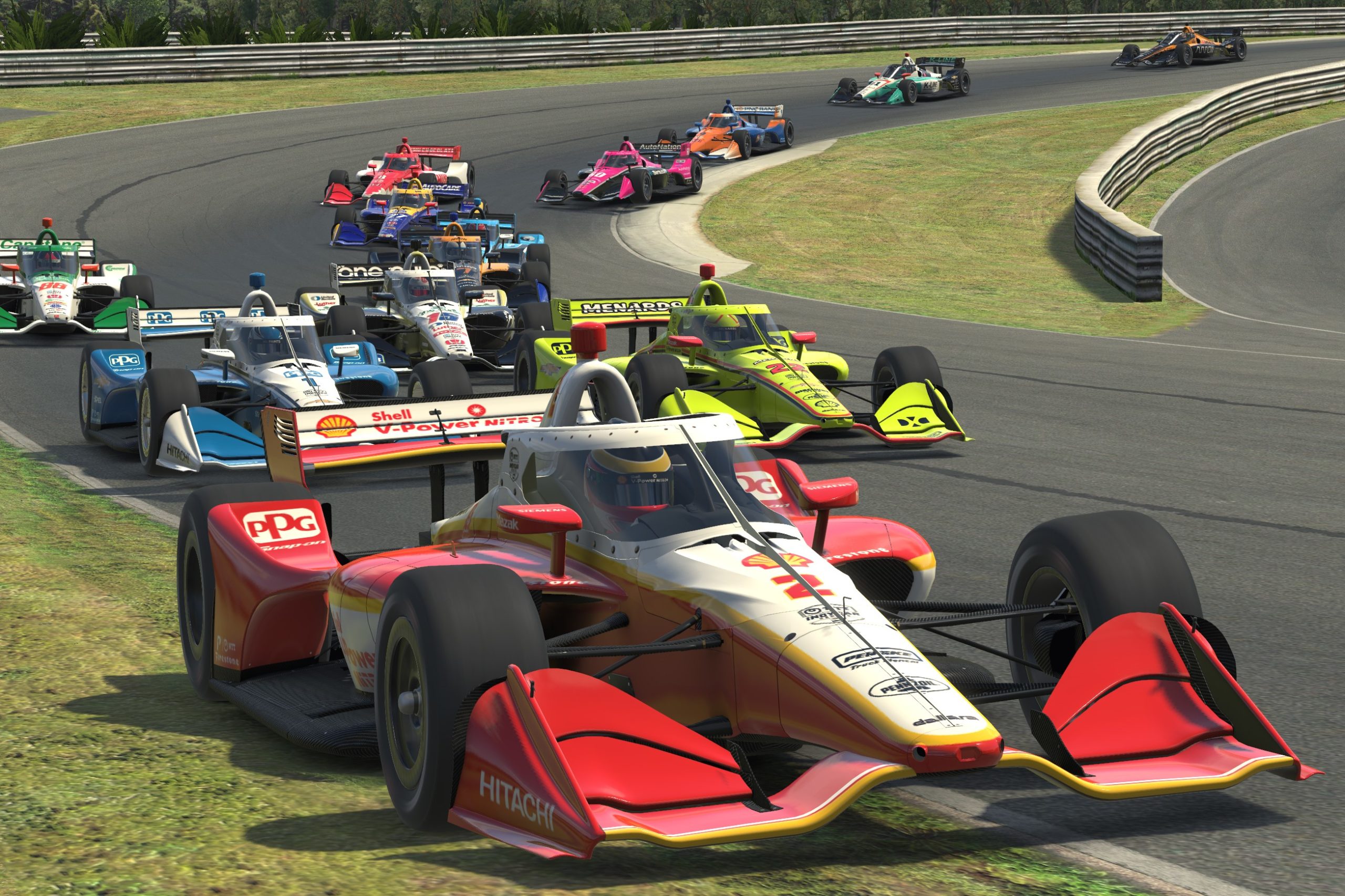 Scott McLaughlin has described his IndyCar iRacing Challenge win as one of the ‘weirdest’ but ‘most satisfying’ wins to date.

The Shell V-Power Racing Team driver joined a full field of current IndyCar and ex-Formula 1 drivers for the second event in the online competition last weekend.

Racing in the early hours of Sunday morning, McLaughlin managed to win the race at Barber Motorsports Park with support of Team Penske engineer Jonathan Diuguid.

“It was the weirdest Sunday I’ve ever lived,” McLaughlin wrote in his latest Grove Racing Scott’s Corner newsletter.

“But also one of the most satisfying – to win my first IndyCar iRacing Series race was a bloody thrill.

“I know it’s clearly not the real thing – but this was a cool box to tick.”

In the newsletter, McLaughlin detailed the mental challenge he faced staying awake after getting up at 2:50 AEDT to qualify and then race.

McLaughlin said he had coffee, toast, and juice before a few stretches before he was ‘set to jet’ in the virtual IndyCar.

Despite only being a video game, McLaughlin said the start brought all the nerves he would normally have in a real-world race.

“The gap before the race was a challenge,” he said.

“I was trying my best not to fall asleep – can you imagine if I missed the start of the race because I nodded off?

“I was super confident we could do a good job. I knew we were way better off than the week before at Watkins Glen.

“We recorded a Balls and Bumpers podcast on Friday and I told my mates Jack Riewoldt and Tim Hodges how confident I was – in fact, I boldly told them I would win!”

McLaughlin said the race was made easier by having a strategist making calls on when to pit so that he could focus on driving.

“We were always planning to stop twice – I have to thank Penske’s lead engineer Jonathan Diuguid who set me up brilliantly,” he said.

“Last week at Watkins Glen I tried to organise the whole race myself – it was too much to remember fuel numbers while I was out there racing.

“This allowed me just to focus on steering the thing as fast as I could.

“We pitted a lap before the competition caution which got us into clear air, and more importantly away from lapped traffic.

“On Lap 32 we pitted a second time, which gave us fresh rubber to race down Scott Speed. Just like real racing, fresh rubber is so crucial. And it gives you a fighting chance to pass.

“We barged past Scott to grab the lead with six laps to go – then it was a decent duel with my Penske teammate Will Power to the finish.

“I always thought Will wouldn’t do anything silly from behind – even though it’s only virtual racing, there’s no way he would have wanted to take us both out so close to the finish.

“On the last corner I locked a brake which gave me a scare, but it was OK… and just before 6 am Brisbane time, I took the chequered flag for the win.

“I was that pumped sitting in my simulator in Brisbane, winning a race in Alabama on the other side of the earth.

“I celebrated with another glass of juice, did a couple of media commitments, and then went back to bed, still buzzing.”

The next round of the IndyCar iRacing Challenge takes place at Michigan International Speedway this Sunday (AEDT).