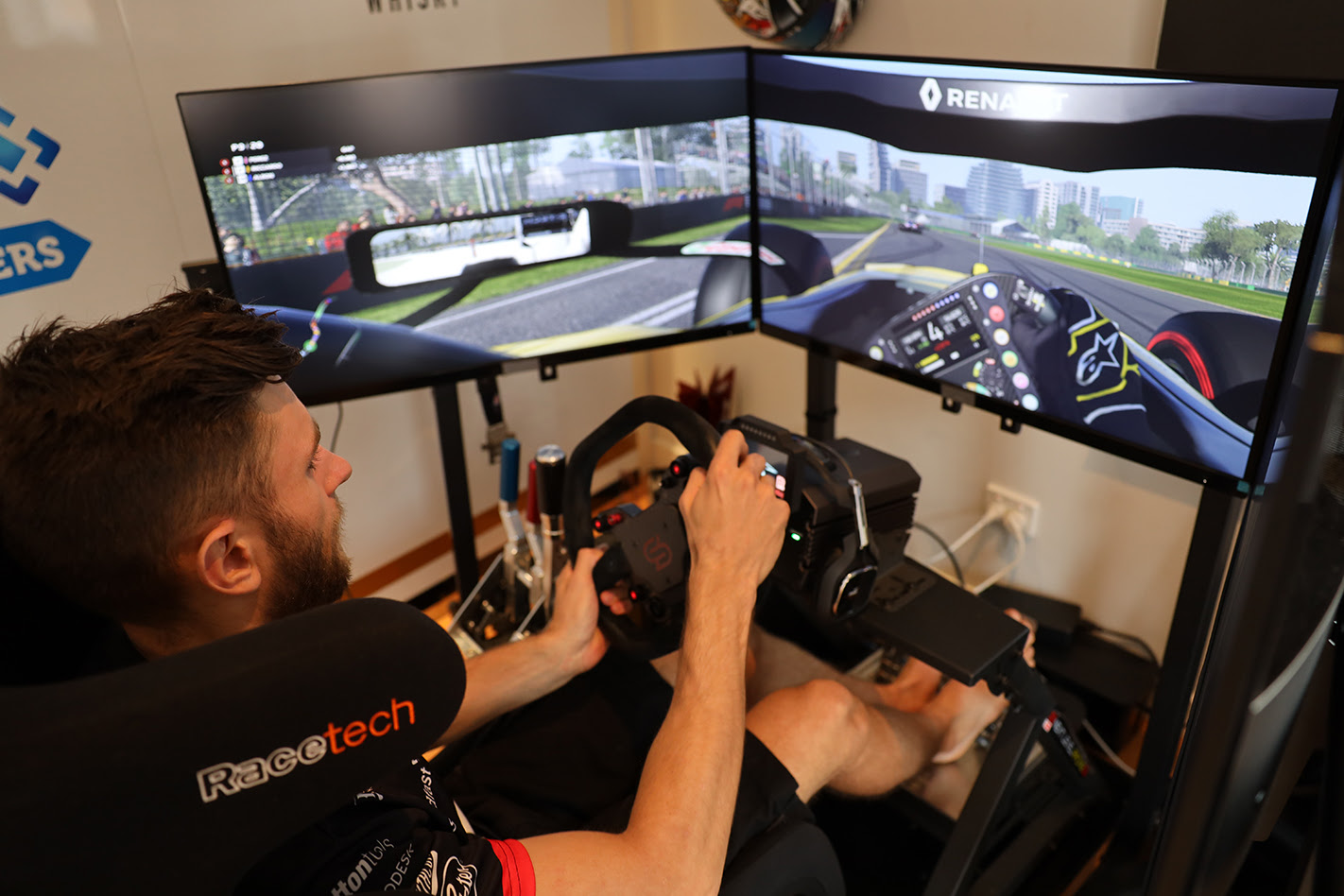 Racing for Renault DP World F1 Team, Heimgartner qualified 15th at the virtual Albert Park Grand Prix Circuit after getting held up on his flying lap.

The 24-year-old found himself engulfed in a battle with Formula 1 champion Jenson Button, who ‘sent’ the Supercars driver off early in the race.

Heimgartner went on to finish 16th in the race following a battle with Latifi and a few more off-track excursions.

“I really enjoyed my first F1 Eseries race, it was such a good experience and a lot of fun,” said Heimgartner.

“I had some good battles there with Jenson Button which is a pretty cool thing to say and got a great start to the race and settled into P9 which I was really happy with.

“Unfortunately we weren’t able to stay there for too long, I think I got taken out about three times during that race but it’s all good fun.

“I think now that I know what it’s all about and I’ve got a full race under my belt I could definitely do a bit better, especially with a bit more time to practice as this all came together only a few days before the race.

“But overall really grateful for the opportunity thanks to BP and Castrol and it was great working with Renault and team-mate Christian Lundgaard.

“I definitely learnt a lot about Eracing, I’m keen to have another crack and start the Supercars Eseries on Wednesday.”

The 28-lap race was won by Charles Leclerc of Ferrari with Heimgartner’s team-mate Christian Lundgaard in second and Williams driver George Russell in third.

Heimgartner will refocus his attention this week with the BP Supercars All Stars Eseries beginning on April 8 at 19:00 AEDT.