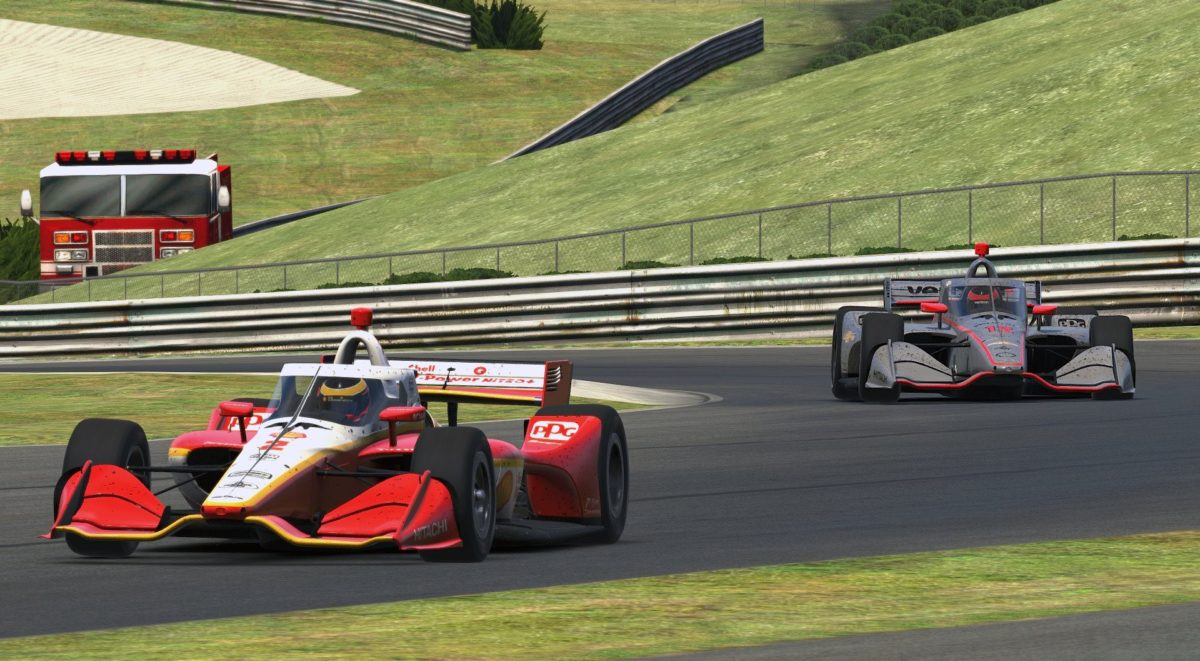 The two-time Supercars champion moved into the lead courtesy of an early first stop before chasing down to reclaim top spot following a late second stop.

Rejoining ahead of Power, the Penske duo then ran down Scott Speed who was in fuel conservation mode.

A mistake at Turn 2 allowed the both McLaughlin and Power through with six laps to run, the former holding on by four tenths of a second at the flag with Speed in third.

Sage Karam headed the field from pole in the early running ahead of Power and Chip Ganassi’s Felix Rosenqvist.

McLaughlin sat fifth and had a moment at Turn 5 which saw Simon Pagenaud’s progress hindered, allowing Josef Newgarden to move up a spot.

The New Zealander was an early stopper, taking service two laps before the first competition caution was called on Lap 15.

Karam led away from the Lap 19 restart while Power played a rearguard action over Rosenqvist.

Power stopped on Lap 23 while both Karam and Rosenqvist waited another four laps before taking to the lane.

Contact between the latter two shortly after their stops saw the Swede go around while Karam’s race unraveled when he was handed a drive-through-penalty for pit lane speeding.

By pushing hard early and not saving fuel, McLaughlin was compelled to adopt a two-stop strategy.

He continued to charge until he took service to rejoin third behind Speed and Robert Wickens with 13 laps remaining.

McLaughlin quickly dispatched Wickens when he had a moment around the back of the circuit to move up to second before running down a nearly eight second deficit to Speed.

With six laps to run McLaughlin moved underneath Speed at Turn 2, with Power following him through with the pair running in tandem, never more than a second apart, until the flag.

Behind Speed, who had survived early contact, Alex Palou was third from Pagenaud and Rosenqvist.

The next event in the IndyCar iRacing Challenge will be held at Michigan International Speedway.