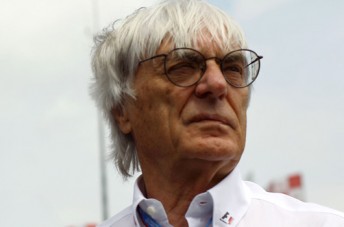 Former F1 supremo Bernie Ecclestone believes there is little hope of a single F1 race in 2020 because of the Coronavirus pandemic.

Ecclestone, 89, lost control of the sport’s flagship category after a buyout from the Liberty Media in 2016 and is reportedly currently self isolating on his farm in Brazil.

Sports have also surfaced that Ecclestone will become a father again for the fourth time in July with his third wife, Fabiana, scheduled to give birth to a boy.

Ecclestone’s prediction comes after a fiasco at the scheduled opening round of the championship in Melbourne, which was called off just hours before the opening practice session.

“Today what would I do? I think I’d have to say we’re going to close down talk of having any races this year,” Ecclestone told German newspaper, Blick.

“That’s the only thing you could do safely for everybody so nobody starts making silly arrangements which may not be able to happen.”

Ecclestone, who controlled the F1 calendar for years, said that F1 had to follow the path of many other major league sports and the Olympics, which has been postponed a year in Japan.

“Which is what they had to do for the Olympics of course. It’s unfortunate but that’s how it is.”

Ecclestone’s comments fly in the face of current management which has suggested it will try and schedule 15-18 races.