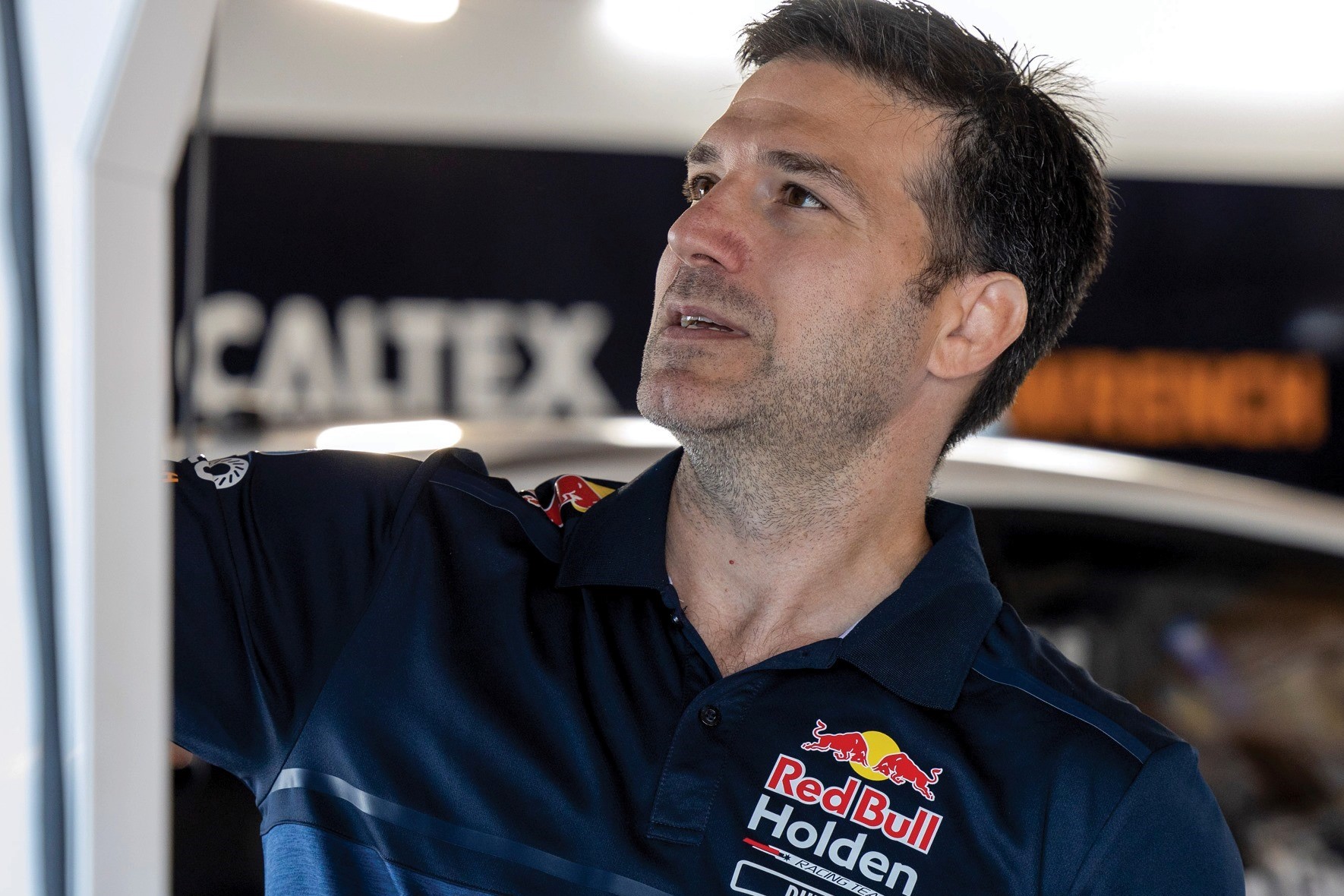 Mark Dutton has explained how his sister played a big part in getting the Triple Eight Race Engineering emergency ventilator project off the ground.

Earlier this week the team revealed the open-source prototype, which could go into production if required.

The project was led by team principal Roland Dane and six engineers, including team manager Dutton.

However, they did have some outside assistance courtesy of Dutton’s sister, an anesthetist helped during the research and development process.

When Dane approached the other engineers, Dutton immediately sought guidance from her to understand how ventilators function and what theirs could look like.

She was even able to supply the team with the Ambu bag used in the prototype, which sped up the initial phase of building a proof of concept.

“My first port of call was to my sister,” Dutton told Speedcafe.com.

“She said the pros and cons of a system and what’s needed.

“The green bag that you see in the (prototype) that we’ve used the whole time, she had at home in her cupboard.

“So as soon as she said she had one so I shot around, grabbed the bag, took it to work and as soon as we had that we could start.

“Once we had the bag we double-checked things, saw how it operated and progressed from there.”

The consultation process also included speaking with intensive care unit specialists and doctors to build an emergency ventilator that can be produced at a lower cost.

Dutton likened the experience to engineering a driver, in this case speaking with medical professionals to understand what the engineers needed to do to achieve the end goal.

“We’ve been talking to other doctors and healthcare professionals as well,” he said.

“Like a race car, as an engineer, we design it, we don’t drive it. When we’re on the track we get the driver to give feedback and we tune up the car.

“Now it’s the same for the ventilator, you give it to the doctors and they tell us what they need in the finer details, so we can tune it up.

“We want it to be, albeit an emergency ventilator, to have all the bells and whistles of the high-level ones so that the patients can get the best care possible.” The ventilator can run for two hours without power

Having spent the lion’s share of his career working in motor racing, Dutton said it was an enjoyable back-to-basics engineering challenge to tackle.

While he said he’s stoked to see the prototype come to life, ultimately he would prefer that they don’t go into production.

“It’s a double-edged sword though, you hope Australia doesn’t need it,” said Dutton.

“You hope we don’t get into a situation that we’ve got so many patients that may need these.

“These are emergency ventilators, we’re not trying to replace the ultra-expensive ones. There’s just limited supply of those, so it is about the numbers.

“We definitely hope they don’t get used in Australia, but if need be then yeah, hopefully they can help whether it’s here or abroad.”

The ventilator prototype has since been endorsed by the Queensland Government, though there has been no confirmation the prototype will go into production.

Ultimately, Dutton said he took great pride in knowing he could potentially help the fight against coronavirus.

“It was amazing just to be part of doing something like that,” he said of the build.

“Don’t get me wrong, we all treat motorsport like it’s a war zone and life and death all the time, knowing and saying how nonessential we are.

“We’ve always reminded ourselves internally that what we do is non-essential and if the world ever ended up in a bad situation we would be the first to go, and lo and behold that’s what’s happened.

“It is true, but to be part of doing some medical designs that could assist the medical workers, the doctors, the nurses, the ambulance people, if need be, to try and keep some people alive, that’s pretty special. We all kept that front of mind as we were designing it.

“You never want your parts to fail, but on a race car you’ve got another race, whereas with medical stuff you do know it has to work and keep on working.”