Bernie Ecclestone to be dad again at 89

Bernie Ecclestone to be dad again at 89 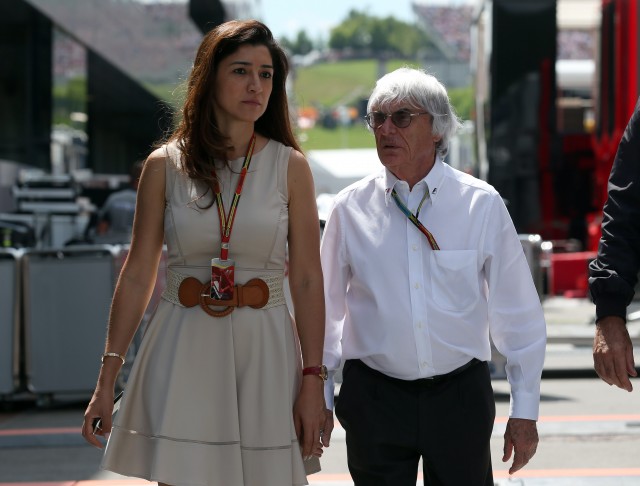 Bernie Ecclestone pictured with his third wife Fabiana Flosi in 2014

The man credited with being the”father” of modern day Formula 1, Bernie Eccelstone, is set to become a dad again for real at the age of 89.

Already a father of three girls ranging in age from 65 to 31, his current wife, Fabiana, 43, is scheduled to give birth to a boy in July.

Ecclestone lost of his control of the sport’s flagship category after a buyout from the Liberty Media in 2016 and is reportedly currently self isolating on his farm in Brazil.

“Yes, it (the baby) is due in the summer,” Eccelstone told German newspaper, Blick.

“After my Formula 1 time, we’ve had plenty of time to practice.

“I just want everything to be good with Fabiana even if the isolation goes on longer.

“Fortunately the farm never runs out of work. Fabiana also looks after her own coffee plantation.”

Ecclestone’s oldest daughter Deboah was born to his first wife Ivy Bamford in 1955.

Deborah, who has always kept a very low profile, is already a grandmother, meaning that Ecclestone’s son will be a great uncle the day he is born.

Ecclestone’s remaining two daughters, Tamara (35) and Petra (31) were born to his second wife Slavica Radic and have enjoyed the F1 lifestyle.

Last Christmas, Tamara made headlines when she was reportedly robbed of $97 million in jewellery.

Now away from the world of F1, Fabriana made no secret of the pathway for their soon-to-arrive son.

“Like all parents we have only one wish: the child must be born healthy,” she said.

“Hopefully he will never express any interest in doing something in Formula 1.”