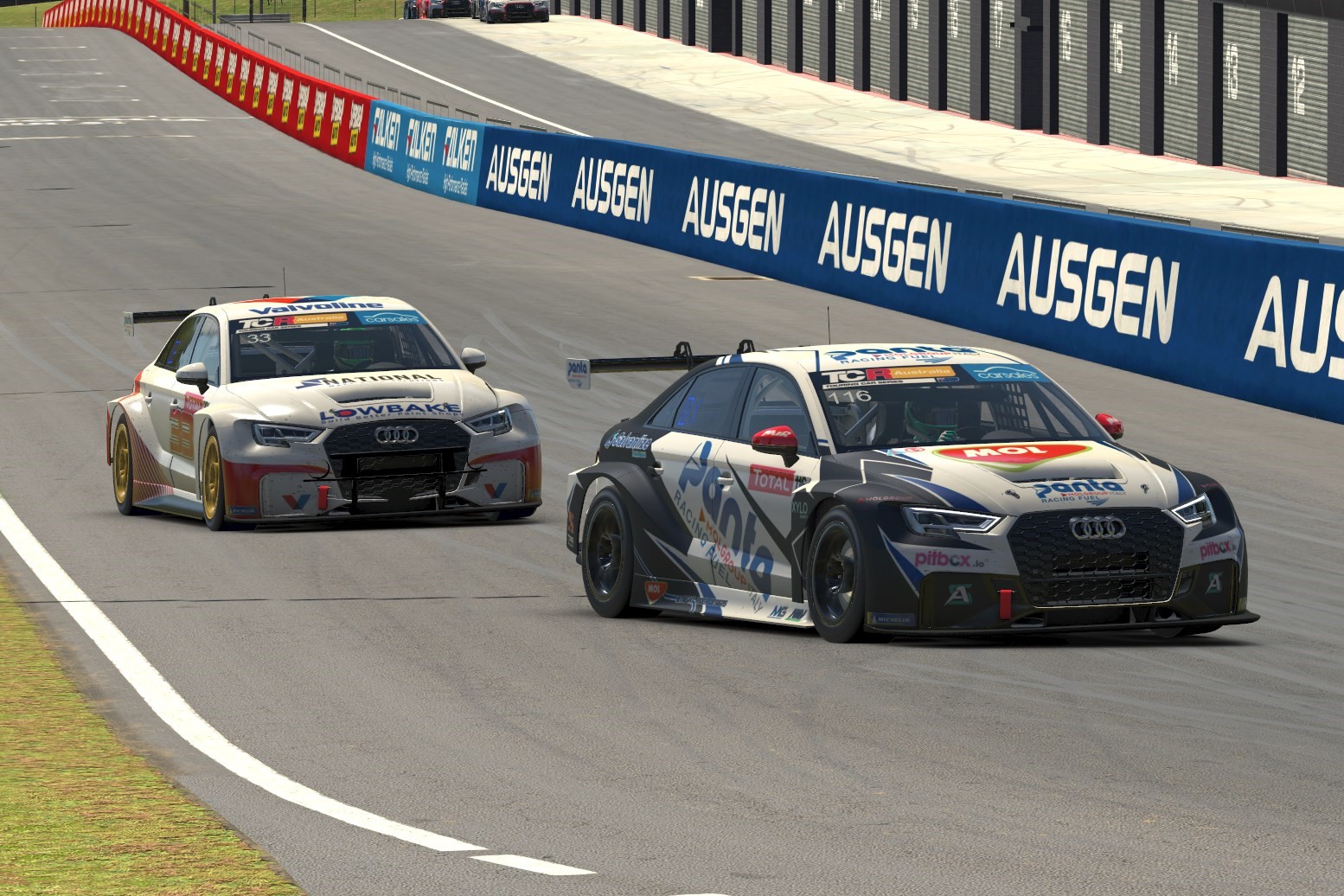 BTCC champ Ash Sutton and Kiwi Rowan Shepherd managed to survive mayhem on The Mountain to share the spoils in the inaugural carsales ARG eSport Cup.

At the end of the night, it was Trans Am racer Nathan Herne who came out the other side of two chaotic races atop the standings.

A bumper grid of 52 virtual Audi RS 3 LMS TCR cars lined up for the first event at the Mount Panorama Motor Racing Circuit.

The field consisted of competitors from TCR Australia, S5000, Touring Car Masters and V8 Touring Cars as well as team personnel, media representatives and other members of the motorsport community.

The first 30-minute race of the night was initially led by TCR Australia racer Dylan O’Keeffe.

The early proceedings saw the iRacing regular stretch his legs, however, he was soon caught by Sutton who made a pass up Mountain Straight and managed to hold station to take a narrow win over O’Keeffe.

Herne was third with leading V8 Touring Cars competitor Harley Haber fourth while Nic Carrol was the second of the Trans Am runners in fifth.

The first race saw several casualties, including S5000 driver Thomas Randle on Lap 1. Jason Bargwanna was also caught up in the chaos and finished several laps down in 45th.

The second race saw the top 26 finishing order from the first race reversed to set the grid. That put Rowan Shepherd on pole position who was largely untroubled in the race and cruised to a two-second win.

More accustomed to a V8-powered Trans Am, Brett Holdsworth hustled his turbocharged four-cylinder to second place having started the race in eighth.

TCR Australia race winner Aaron Cameron put the pressure on Holdsworth throughout the 30-minute affair, but couldn’t complete a pass and had to settle for third.

Ransley finished shy of the podium in fourth with fellow countryman and Porsche Supercup driver Jaxon Evans in fifth after a race-long battle with Herne, McReynolds, and Giancomin.

ARG eSport Cup organisers addressed issues with the live stream stating, “We acknowledge that the streaming of the opening round of the carsales ARG eSport Cup was flawed and faulty.

“We are taking steps to ensure that there is not a repeat in Round 2 next week. We thank you for your patience and continued love for motorsport.”