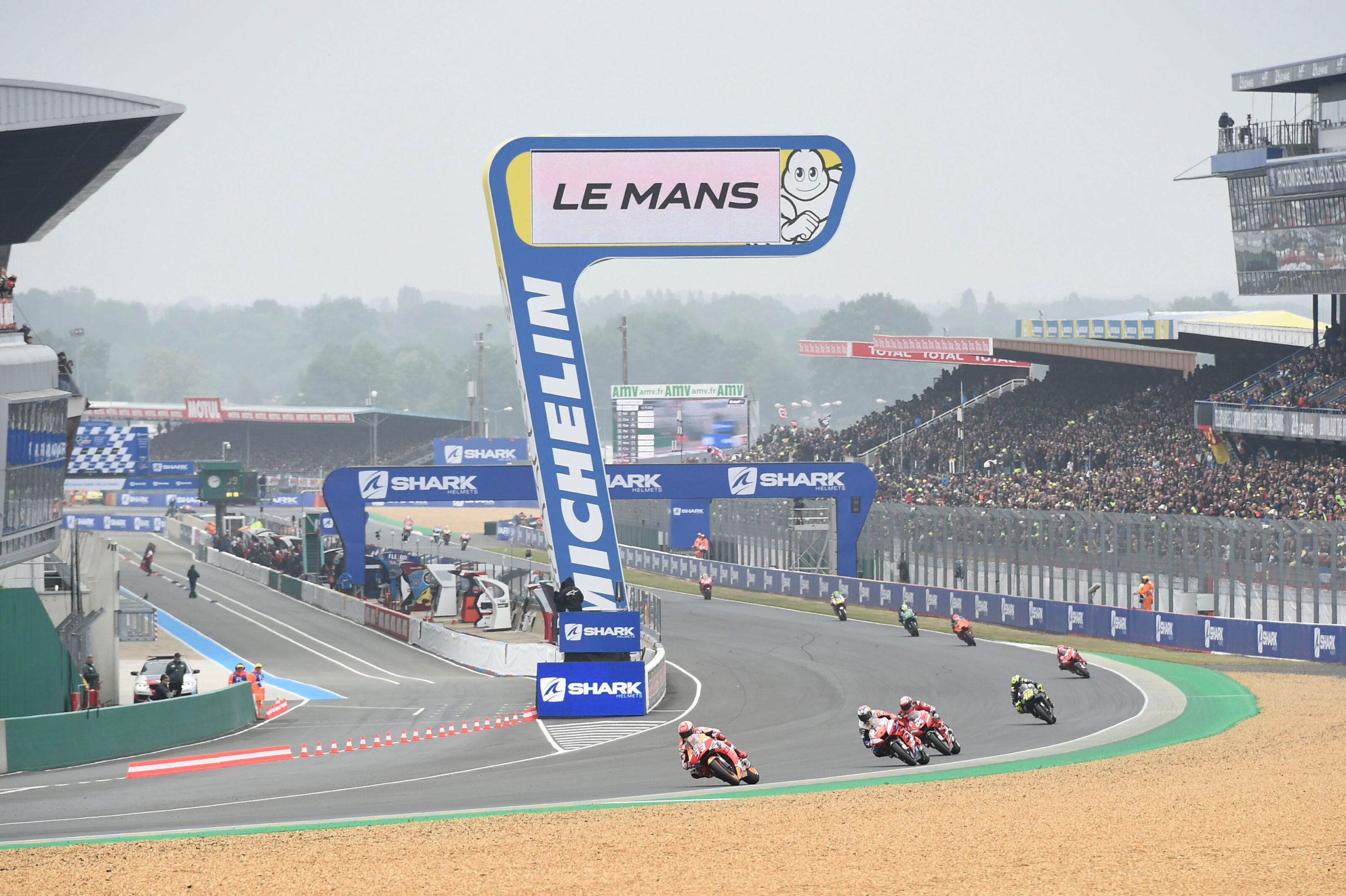 The start of this year’s MotoGP season has been pushed back again following confirmation that the Grand Prix of France has been postponed.

The ongoing coronavirus pandemic has already reshuffled the championship, but will now see the race at Le Mans on the Bugatti Circuit held at a later date.

Organisers confirmed dates for the most recently postponed races in France and Spain would be announced in due course.

“Due to the ongoing coronavirus outbreak, the event at Le Mans has been postponed,” a statement from MotoGP read.

“The FIM, IRTA and Dorna Sports regret to announce the postponement of the SHARK Helmets Grand Prix de France, which was set to be held at the Bugatti Circuit in Le Mans from the 15th to the 17th of May.

“The ongoing coronavirus outbreak has obliged the event to be rescheduled.

“As the situation remains in a state of constant evolution, new dates for the French GP and the recently-postponed Gran Premio Red Bull de España cannot be confirmed until it becomes clearer when exactly it will be possible to hold the events.

The Grand Prix of Italy at Mugello Circuit is currently slated as the next event on the calendar for May 29-31.