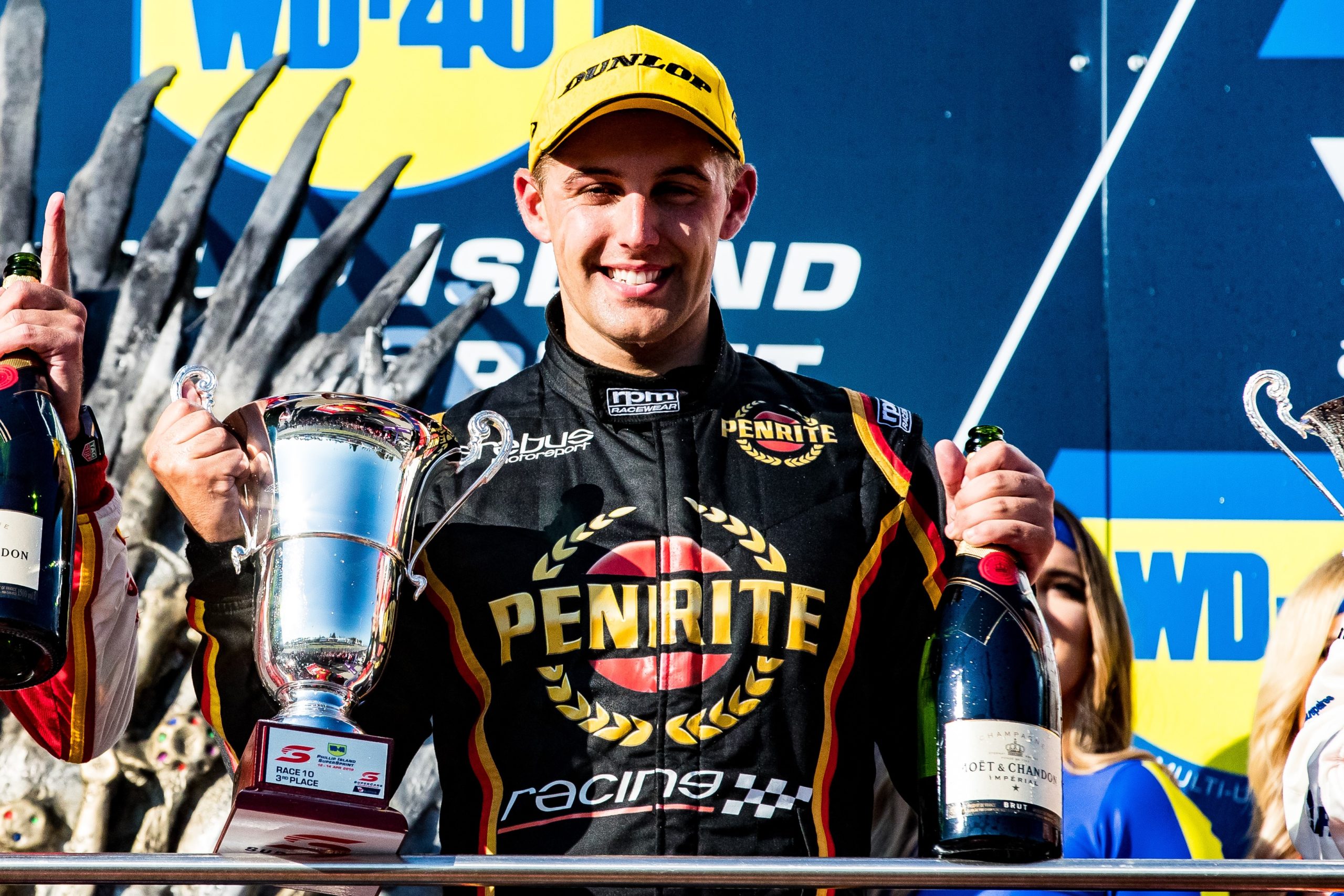 In the latest episode of Inside Line, Betty Klimenko says Anton De Pasquale would be the ‘perfect’ driver for DJR Team Penske.

However, the motorsport matriarch says he has a home at Penrite Racing.

The second episode of Inside Line – A Season with Erebus Motorsport delves into the contract negotiations between the team and its drivers early on in 2019.

In the tell-all docuseries, the episode follows the team’s success and struggles at Tasmania and Phillip Island.

“In my mind, we’ve just got to sign a piece of paper now,” said Klimenko.

“I don’t see it as being a big thing.

“For me, if I chose a driver in the first place, I chose them to stay.

“When they want to leave, they can leave.

“But I also have a policy; if they’re in the middle of a contract and they say ‘Betty, I’ve got this great chance to do A, B and C, I really want to do it because I think I’m going to get better’, then go.

“I never hold anyone back.”

Ryan added, “You’ve always got to keep your options open because someone might try and convince Anton to go somewhere else.

“If he gets offered something ridiculous money-wise, we’re not going to fight.

“We haven’t got the biggest cheque book.”

The revelation came at a time when Anton De Pasquale and David Reynolds were both out of contract.

As has been well documented, Reynolds went on to sign a 10-year deal with Erebus Motorsport that will likely see him stay at the team until the end of his Supercars career.

Despite interest from other teams, De Pasquale eventually went on to re-sign with Erebus Motorsport.

De Pasquale has been linked to DJR Team Penske and Triple Eight but has signed a deal with Erebus Motorsport for ‘2020 and beyond’.

“I did turn around to Ryan Story and said ‘look, if you’re going to pinch Anton now or in five years, if you ever want to pinch Anton, come and tell me beforehand so I’ve got a bit of a heads up’,” she said.

“The hair is coiffed. The manners. Everything else.

“Unfortunately he’s found a home with people, you know, not so coiffed.”

Klimenko’s sentiment is echoed in the episode by Barry Ryan, who said he wants the team to be championship contenders.

“I want us to be a team that’s going to be better than Penske one day and hopefully Anton can see that we can try and match them one day,” said Ryan.

“It’s going to be very hard with their backing and the background I guess and their resources.

“I want Anton to believe in us. Hopefully we can be the team to keep a young driver and see him through to winning a championship and not losing to a team that’s going to give him a championship.”

Episode 3 of Inside Line – A Season with Erebus Motorsport will air on April 7 at 19:00 AEDT on Fox Sports and Kayo.