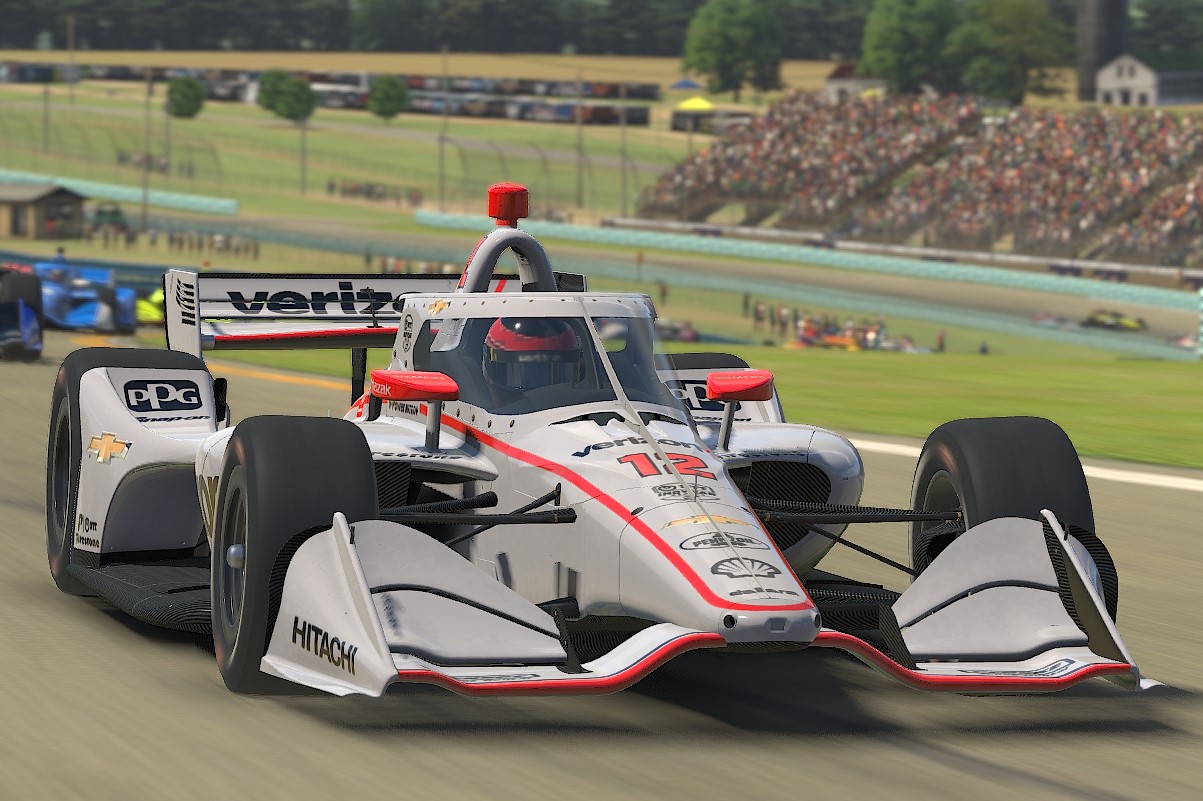 Scott McLaughlin and Will Power will be joined by five-time champion Scott Dixon in the second round of the IndyCar iRacing Challenge at Barber Motorsports Park.

A full NTT IndyCar Series field boosted by some wild cards will contest the Honda Indy Grand Prix of Alabama presented by AmFirst at virtual Barber Motorsports Park on April 5.

This weekend’s race is the second of six in a row and will see 29 drivers vying for victory in the virtual world.

McLaughlin finished fourth in his first online race, which was punctuated by an early incident.

The field is set to be bolstered by Robert Wickens, who was meant to contest the first round but couldn’t get an adapted simulator ready in time for the race at Watkins Glen International.

Wickens will drive for Arrow McLaren SP and will be joined by young guns Oliver Askew and Pato O’Ward.

Scott Dixon will join the Chip Ganassi Racing ranks after missing the first round alongside Marcus Ericsson and Felix Rosenqvist.

Once again it will be an all-star affair with the likes of ex-Formula 1 drivers Sebastien Bourdais, Alexander Rossi, Scott Speed and Ericsson in the mix.

This weekend the NTT IndyCar Series should have been racing at Barber Motorsports Park, but that was postponed due to the ongoing coronavirus pandemic.

Round 2 of the IndyCar iRacing Challenge gets underway on April 5 at 5:30 AEDT and will be live-streamed via Speedcafe.com.