Sir Jack might have retired from driving and engineering, but he kept very active in the racing and business worlds.

He had a passion for motorsport up until his death in 2014 and was good for a conversation about the current state of the sport or to recount a particular event from the 50s or 60s.

One unique piece in this gallery is a personal letter sent to Sir Jack from his good friend Stirling Moss for his 76th birthday.

Moss is also featured in a shot with Sir Jack and the legendary three-time world champion Jackie Stewart at one of their annual lunches.

He was a regular guest at motoring festivals around the world, including Goodwood, where he would regularly drive one of his original cars.

At F1 events he was still regarded as royalty and would walk the paddock talking to the likes of Micahel Schumacher, Fernando Alonso and Mark Webber, who would all put on hold what they were doing to have a conversation with one of the sport’s greats.

There is a great shot of Sir Jack with Vern Schuppan and his good mate Peter Harburg, who names his famous racing yacht, Black Jack.

An image of Sir Jack, Geoff Brabham and grandson Matt, depicts the day the three were made the number one, two and three ticket holders at the annual Gold Coast street race.

Sir Jack was honored with a statue at the Australian Grand Prix and was part of Grand Prix racing’s 50th anniversary celebrations when the majority of the living former F1 champions got together. 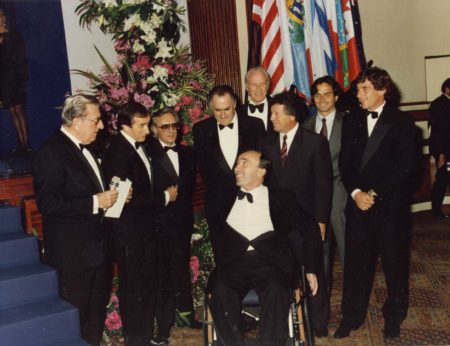 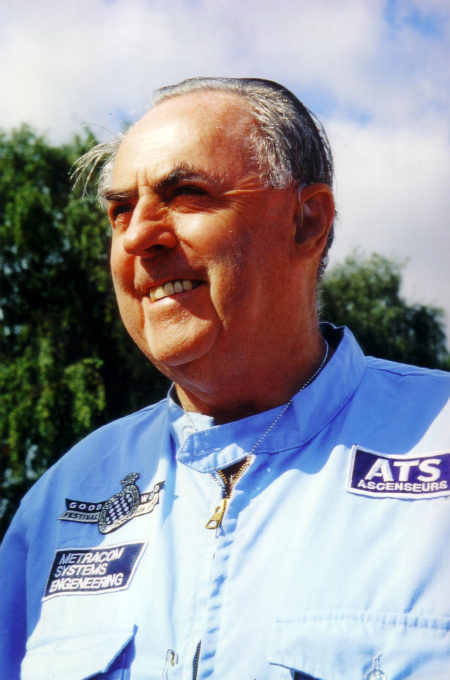 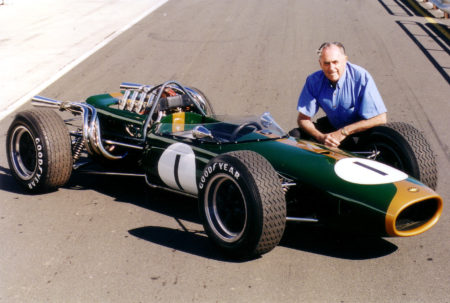 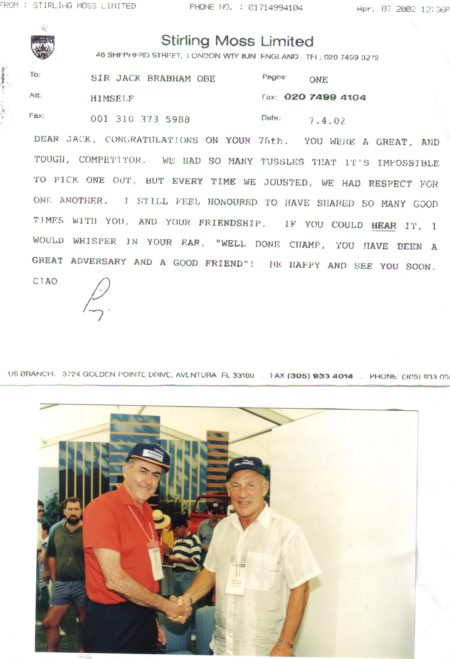 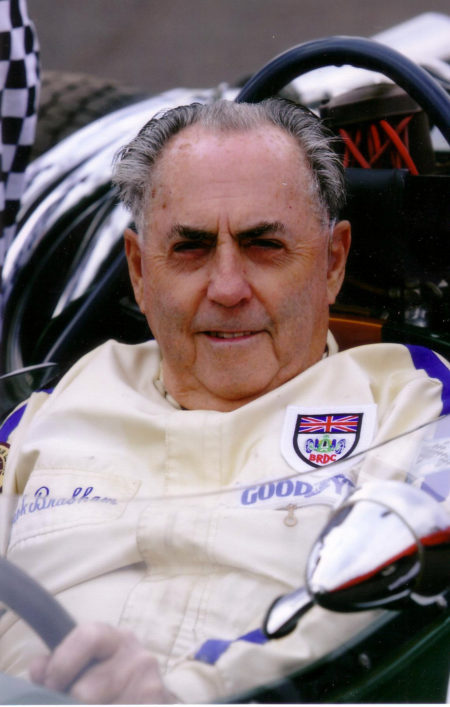 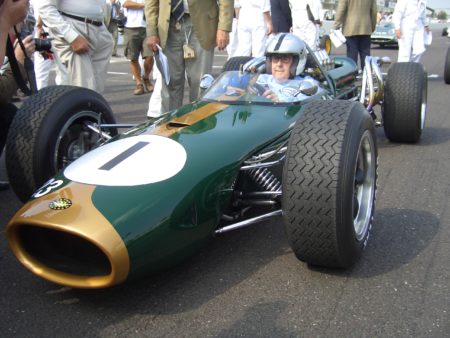 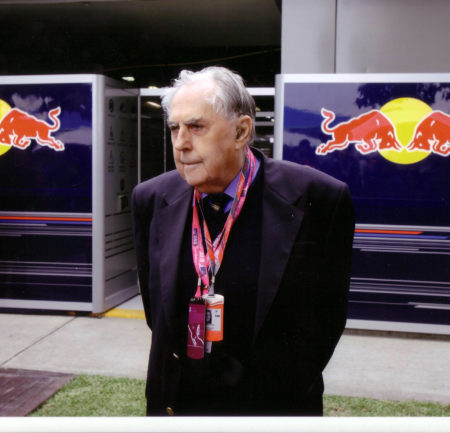 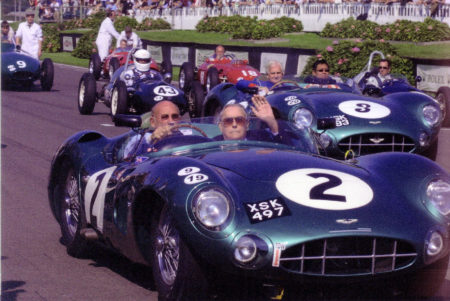 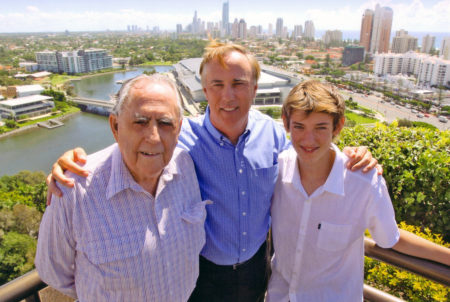 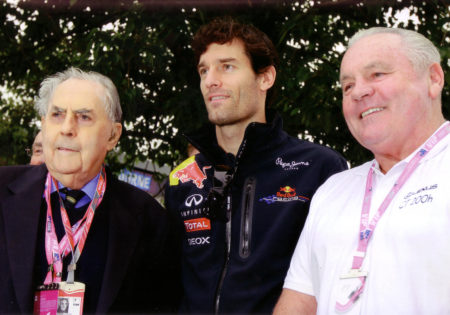 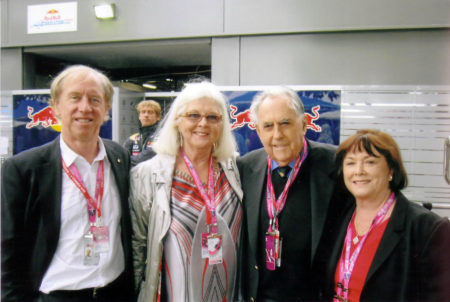 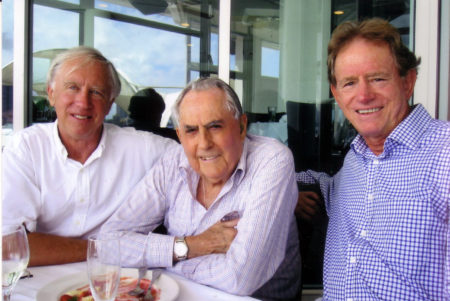 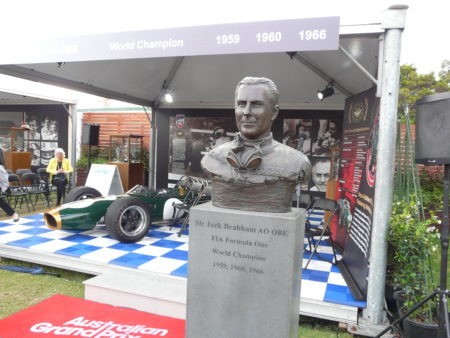 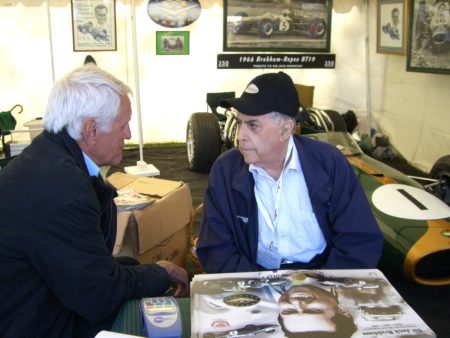 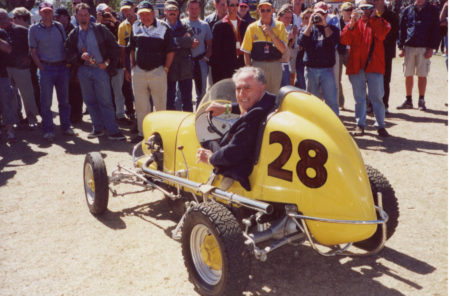 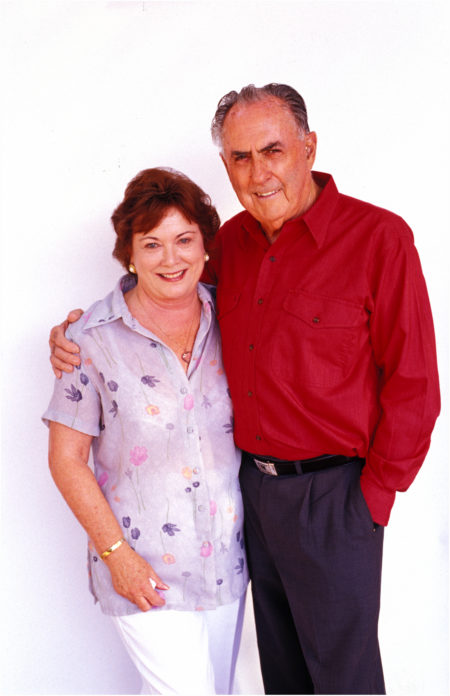 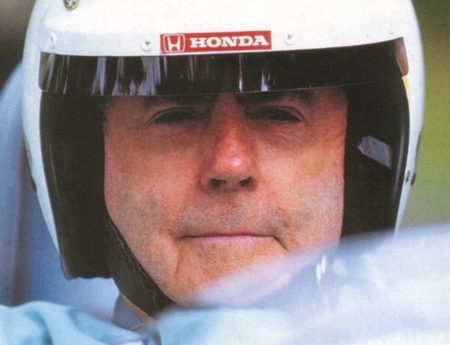 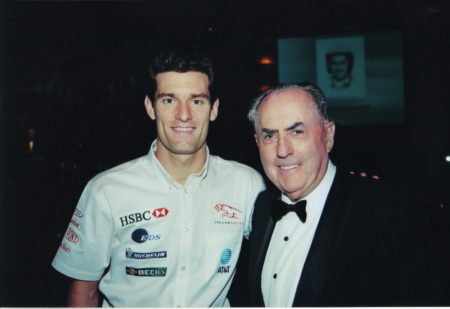 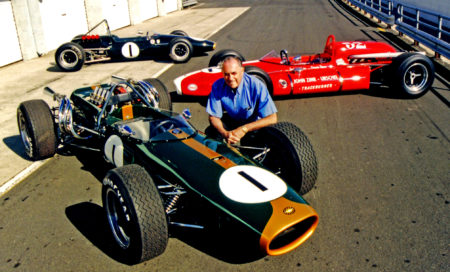