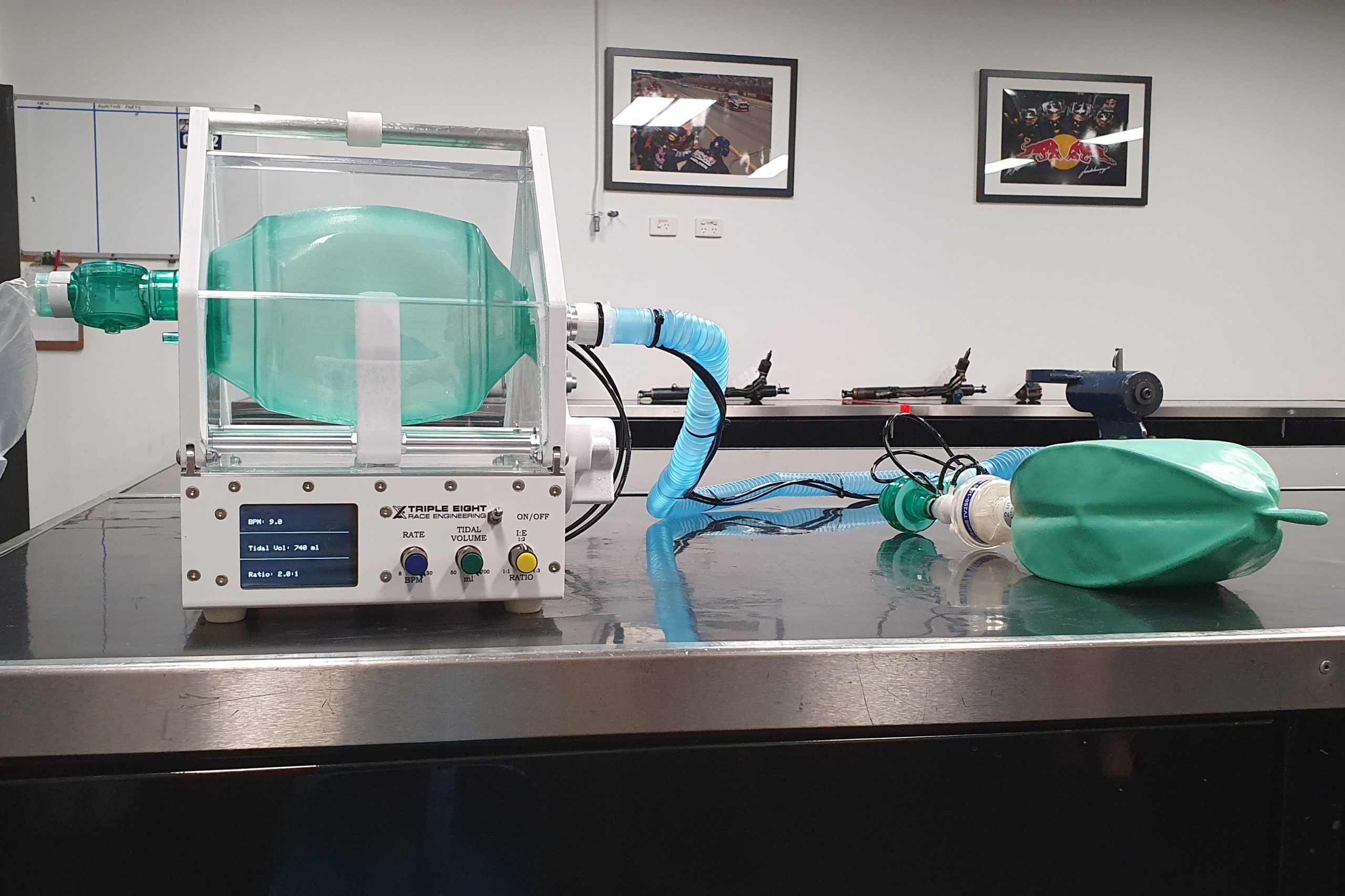 With the Supercars season on hold, Dane challenged a group of six engineers to conceptualise and develop a ‘worst-case scenario’ ventilator in the event of the virus worsening.

It took the group of engineers just four days to design and produce the first proof of concept, slowed only by a lack of readily available electrical componentry.

The end result is a prototype that Dane believes could be put into production within days.

“We’ve worked on this for the last couple of weeks to come up with a prototype of a workable concept trying to use readily available materials,” Dane told Speedcafe.com.

“We did it so that we could show that if we ever had our backs up against the wall in Australia that we could hopefully help to come up with a solution for this issue.

“We’re demonstrating that we have the capability and the willingness to try and assist in the solving of a potential problem here, which we hope we never have to actually face up to on an Italian scale.”

The team has had input from medical professionals, local intensive care unit experts, as well as the Department of State Development, Infrastructure and Planning in Queensland.

As the pandemic continues, Dane said the team is taking a ‘we’re here if we’re needed’ approach with the ventilators to be put into production if there is interest from relevant parties. 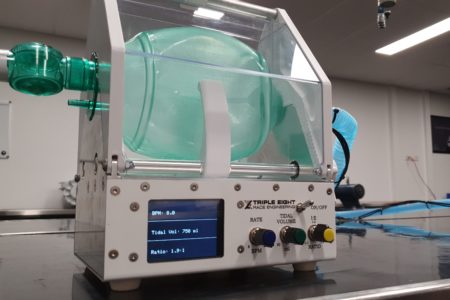 The ventilator can run for two hours without power

Dane detailed the difficulty in developing ventilators, which are heavily regulated. However, he said the ongoing pandemic means there is an opening for innovation and production.

“The whole issue of ventilators is a very complex one because of the need to pass some pretty thorough testing procedures by the Therapeutic Goods Administration (TGA),” said Dane.

“This is what we call an Apollo-13 situation, if you like, where we have to come up with a fix that is being looked at around the world extensively as a ‘get you out of trouble in a hurry’ situation.

“A fully compliant current ventilator that we see in ICUs in Australia takes many, many months to design and execute,” he added.

“This is a far simpler version. The production of something similar or the same as what we’ve done could be done very quickly. You could make a lot of them in a very short space of time.”

Dane said even if it isn’t put into production in Australia, the design will be readily available to allow production of the ventilator or variations of it overseas.

“This is completely designed by us and executed by us. Now whether the concept and the machine ever gets used here, or anything like it, is another matter.

“There could be other places where we will be happily providing the concept.

“The way we’ve executed on an open-source basis is so that if someone in Indonesia wanted to do it or further afield they would be able to hopefully get some pointers to a local solution.

“We’ve made a prototype to prove that it can be done. Then if anyone on a local level in Australia wants to pick it up and take it further with us then they can.”

Triple Eight is the second Supercars team to produce medical equipment in the fight against coronavirus.