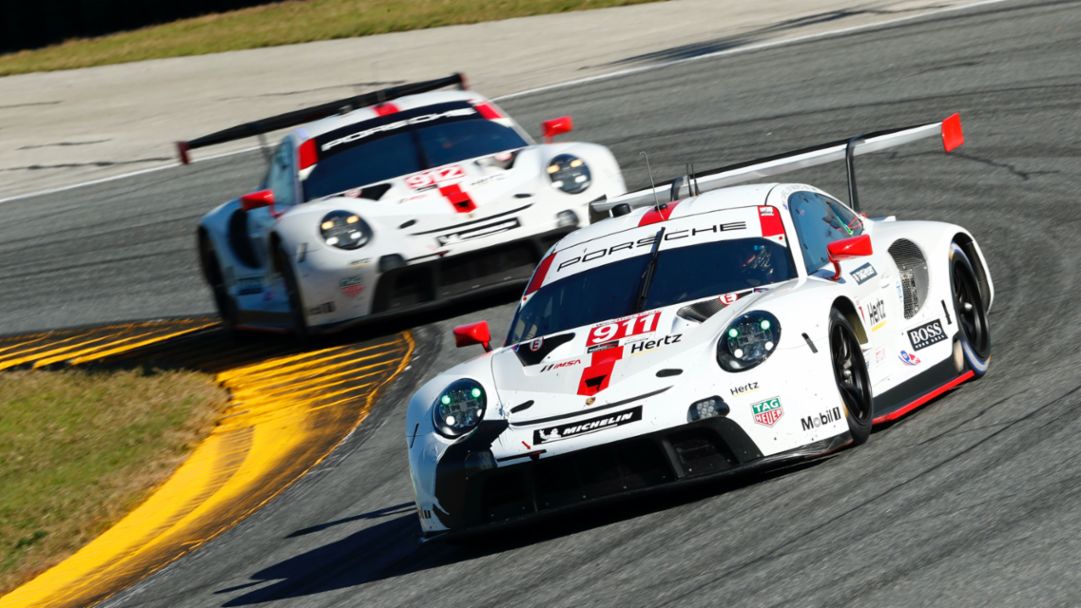 Porsche is set to evaluate an LMDh programme

Porsche will evaluate a return to the top level of sportscar racing as it looks at developing a car for the new LMDh prototype category.

The German marque stepped away from LMP1 class racing at the end of 2017 after claiming three World Endurance Championship titles from 2015.

It has remained in sportscar racing with the Porsche 911 RSR, which has campaigned in both the World Endurance Championship and IMSA SportsCar Championship in both factory and customer programmes.

However, regulation changes set to be introduced for the 2021/2022 WEC season, and the 2022 IMSA season, will harmonise the top level of sportscar racing.

Previously the two competitions have operated to different technical regulations.

Though not yet published, Porsche’s Director of Factory Motorsport, Pascal Zurlinden, has revealed he’s been asked to look into a possible LMDh programme.

“Our board member Mr Michael Steiner has asked us to do a study to see what is possible,” said Zurlinden.

“Porsche is seriously looking into it, but there is no decision yet.

“Until today the regulations are not out, but I think it is just a delay by a few days because the Automobile Club de l’Ouest and IMSA have also gone to home working.”

Zurlinden’s comments come in the midst of the global COVID-19 pandemic which has seen the vast majority of world motorsport postponed or cancelled.

However, he remains certain that the impact of the situation, which has wider consequences outside of motorsport, will not see the end of Porsche’s interest in competition.

“Motorsport is part of the DNA of Porsche and always will be,” he explained.

“If you look at the Le Mans 24 Hours, for example, since 1951 Porsche has been the only manufacturer who has always had cars on the grid as a works team or with customers teams.

“At the moment, I am not so worried about Porsche leaving motorsport.”