On this day in 2010, then Holden Motorsport Manager Simon McNamara urged Supercars to contain costs as new manufacturers joined the sport.

The day after the Car of the Future project launch both Holden and Ford spoke to Speedcafe outlining their excitement for the direction of the category. However, McNamara warned that costs to remain competitive as other marques raised the bar could significantly increase and he was concerned.

“We’ll need to spend more money to go faster, because this is car racing – money makes faster cars. It’s a simple equation,” he said at the time.

Take a trip down Speedcafe.com memory lane on this day, March 30. V8 Supercars during the Car of the Future announcement at the Crown Casino, Melbourne, Australia,Monday, March 29, 2010.

Holden and Ford’s racing bosses have expressed a mixed reaction to V8 Supercars’ Car of the Future project that was launched yesterday. Hayden Cooper has escaped a fire in the Mosler MT900 he’s sharing with Graham Lusty in the Production Sports support race at the Hi-Tec Oils Bathurst 6 Hour. 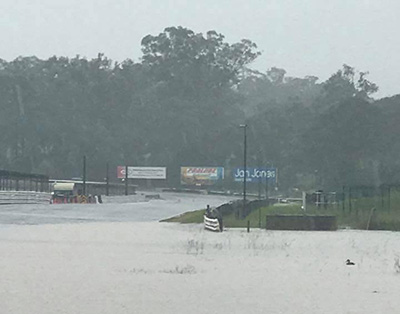 Lakeside Raceway has been closed for the day after cyclonic conditions caused localised flooding at the Queensland circuit. Australian GT boss Tony Quinn has reiterated that he has no desire to sell the championship amid continual moves from V8 Supercars. A tough slog for Scott Pye at Symmons Plains has confirmed to DJR Team Penske that its technical package was to blame for Marcos Ambrose’s poor form earlier this season.