WHERE ARE THEY NOW: Bob Holden

WHERE ARE THEY NOW: Bob Holden 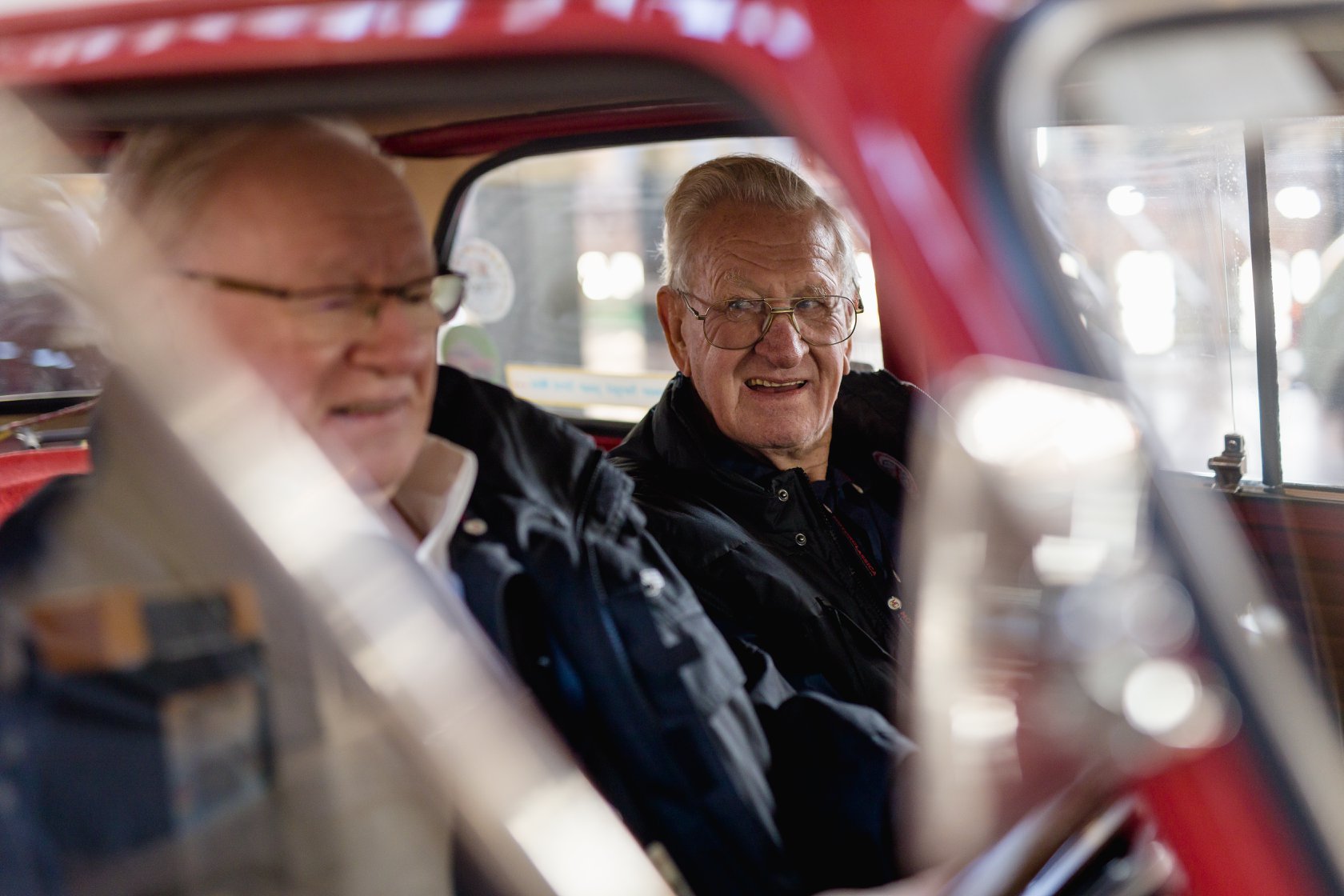 As part of our commitment to keeping you informed and entertained during the Coronavirus pandemic, Speedcafe.com is re-introducing our weekly “Where are they now” feature.

These stories will focus on some of the famous racers of our time, but also industry characters and stalwarts.

A popular section which many fans have regularly requested, the return of “Where are they now?” will also be highlighted by an update of some of our original articles from up to 10 years ago.

The section is being compiled by former Speedcafe.com editor and successful author, Gordon Lomas, who is enjoying his chats with some of the great personalities of the business.

Today the new-look section, which will appear every weekend, kicks off with a chat with one of longest-term competitors in Australian motorsport history, Bob Holden.

Winning Bathurst in 1966 when it was called the Gallaher 500, stands as a perpetual beacon in Bob Holden’s career.

Claiming Bathurst’s time-honoured endurance race has defined many careers. Indeed it is validation that a racing driver has reached the summit of touring car racing in Australia.

But there is so much more to Holden’s career than leading a Mini romp (Mini claimed the first nine places at Mount Panorama in 1966) alongside his Finnish co-driver Rauno Aaltonen back in the pioneering days of what would become The Great Race.

The full story of how Holden and Aaltonen triumphed in the least favoured of the trio of BMC factory Mini Cooper S machines is stuff of legend.

In the early 1960s Bob Holden was a formidable competitor in the formative years of the Australian Touring Car Championship. He had managed to win the 1100cc class in the Australian Tourist Trophy for Sports Cars, which was conducted at the Longford road course near Launceston, Tasmania, in 1966.

Holden was a junior rally driver working for a Holden dealer in Mosman who was racing as well as running his own workshop.

In 1965 Holden and co-driver Greg Cusack drove a Cooper S to ninth place at Bathurst after they botched the pit stops. Unaware that in order to refuel, one of the petrol caps (there was one on each side of the car) had to be removed so as to feed fuel into the tank. Consequently they ran out of fuel.

The story behind the 1966 Mini win is an extraordinary tale as Holden literally outsmarted what could have been a European stitch-up job when he became aware of a plot to supply him with an underpowered car. Working night and day on the car in the lead-up to the event, he and Aaltonen hatched an audacious scheme to win.

And to this day Holden and Aaltonen still haven’t received the winning trophy which went ‘missing’ after it was displayed at Mini’s headquarters where the Bathurst cars were prepared at Zetland in Sydney after that triumphant weekend.

“Somehow it got lost or stolen when BMC moved from Zetland out to the western suburbs. The bloke whose possession it was in was in charge of the factory move, and he claims he never had it in the first place,” Holden told this author in an extensive interview for the 2017 book, Bathurst: Kings of the Mountain.

There remains a glimmer of hope that the whereabouts of the trophy may soon be unearthed.

“I heard that last year there was a group searching for it and that there are certain people who know of its whereabouts,” Holden said in this interview for Speedcafe.com.

While it remains a mystery, Holden celebrates his 88th birthday later this year and he continues to hold a competition licence with Motorsport Australia.

Across the last couple of decades Holden has kept his motor racing dream firing on all cylinders by competing in the national Heritage Touring Car Championship – The Legends of Bathurst.

HTC runs a tantalising spread of iconic machines from the booming decades before the current Supercars model with Group C cars from 1973-1984 and Group A from 1985 to 1992.

Under the Bob Holden Motors banner, the veteran runs a small fleet of machines that includes a pair of Ford Escorts, a Mustang and his Group A Toyota Corolla.

“I think I would be the oldest person to hold a licence who is in a competitive category. There may be a few older in the historical category doing regularity trials possibly,” Holden says with typical endless passion.

“Murray Carter is nearly two years older than me but he no longer has a licence which is unfortunate.

“We have got four cars running in our team. I run a Toyota Corolla from the 1980’s which has got a lot of heritage. It won the British Touring Car Championship.

“They did the same thing over there with their rules as they did here so a baby car couldn’t win any more.

“The best race I had recently was at Sydney Motorsport Park (2018) and it was wet and I went from back in the grid to second or third outright which was a bit scary for some of the others in their V8s because I passed a lot of them,” he recounts with a chuckle.

Holden’s mighty efforts at SMP triggered some chat between experienced former racers who agreed that Holden had given everybody a driving lesson in the wet.

“Justin Matthews and Greg Keam are part of our HTC team and they are both beautiful families,” he says fondly.

“So it’s a good arrangement and without this I wouldn’t have been able to keep racing over the last 20 years.”

Holden, who finished third in the HTC’s Group A last season, is continuing this year in the series but missed the opening round at Phillip Island after suffering a kidney complaint.

“I didn’t go to the island because of the kidney problem but that has since come good. The next one is scheduled for Morgan Park in May. And if it’s on providing this virus thing allows that’s where I’ll be next in the Corolla.”

Australian motor racing is fortunate to have someone as enduring and talented as Holden who doctors said would never walk after being born with a deformity in his lower legs.

“My mother was told when I was six-years-old that I would never walk. So I’m not going too bad all these years later.

“I was born with my feet pointing in the wrong direction. So in 1938 they broke my ankles so they could get my feet to come into the correct alignment.

“I then had about three years of trying to get them back to normal.

“And I caught polio not long after that. My legs in those days were as thin as your fingers because they were in plaster for three and a half years.

“Being immobilised for so long forced me to read books, a lot of them. I developed the art of speed reading before it was even called that. My mother would bring home 20 or 30 books a week from the library.” 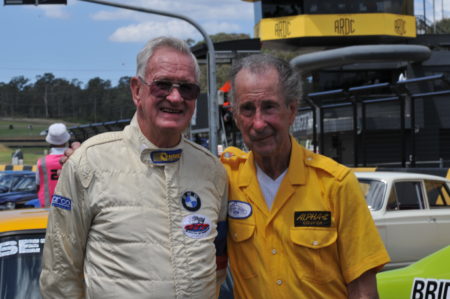 Holden was determined to prove the doctors wrong and went about a cheeky but elaborate plan to do just that.

“I was about 12 and the kid next door got a push bike for Christmas so I conned him into putting it up against the dividing fence at night and I stacked some boxes so I could climb up and slide down onto the push bike.

“From there I taught myself how to ride around the block in the dark without my parents knowing and that was the start of me being able to walk.”

Holden and his wife Coleen live at Bootawa, about 16km west of Taree on a property spanning just over 6 hectares (15 acres) and were fortunate to escape the recent bushfire calamity.

“The fire came to within a couple of hundred metres of our home and then the wind changed and it went the other way,” Holden said.

“After the fire left us it went all the way down to Forster almost. It was pretty harrowing.

“Coleen, myself and others spent a couple of months trying to clear up the property getting rubbish off the ground and lighten the fuel load before the fires arrived.”

Robin John Holden has never run out of talent or passion for his craft and Australian motor racing is richer for his unstinting involvement.