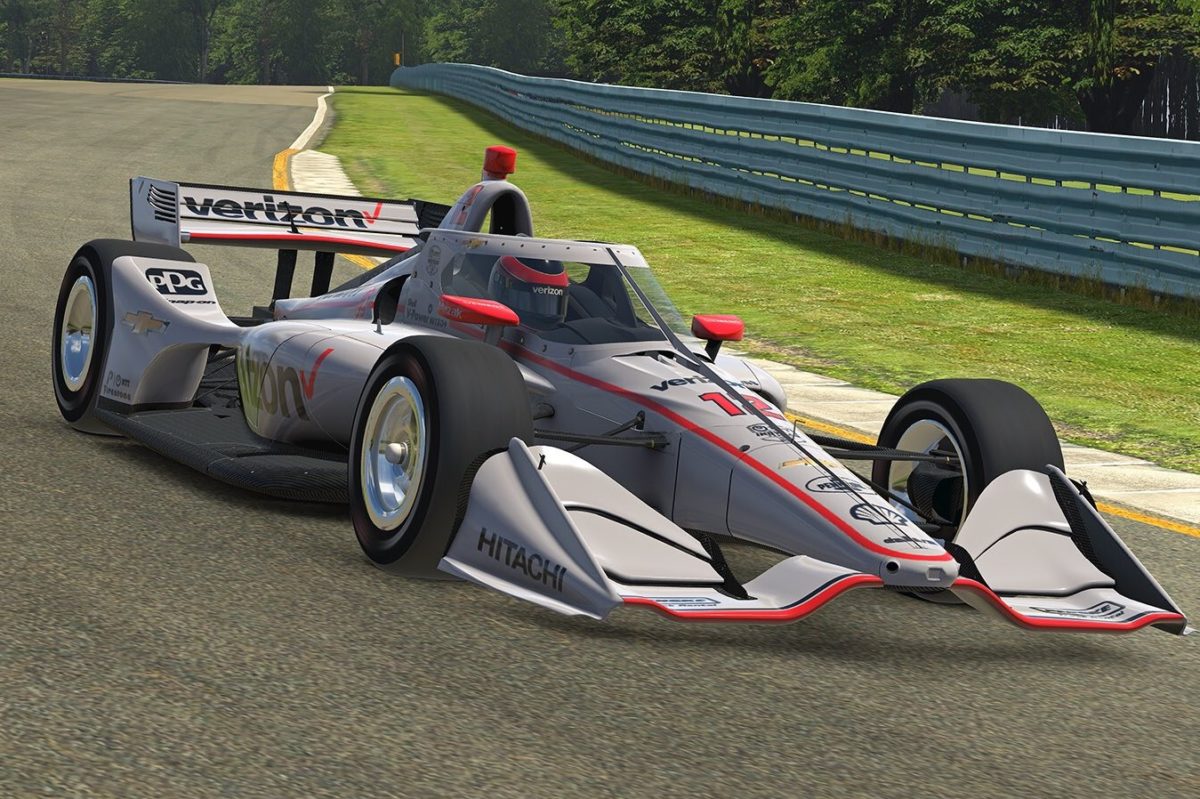 Will Power has scored a podium while Scott McLaughlin fought to finish fourth in the inaugural IndyCar iRacing Challenge at Watkins Glen International.

Karam took the holeshot into Turn 1 from a rolling start with Rosenqvist holding off an early attack from Power.

It didn’t take long for chaos to kick off in the midpack as contact between Zach Veach and Indianapolis 500 winner Alexander Rossi sent the latter into the wall.

The opening lap was led by Karam. Rosenqvist held station in second but it was Scott Speed who made ground to get into third.

Power soon fell to fifth as young Spaniard Alex Palou made his way through. Power found himself enamoured in a battle with Oliver Askew and McLaughlin.

The second dose of drama struck on Lap 6 when Askew and McLaughlin collided at the bus stop. The pair pirouetted through the grass. McLaughlin returned to the track directly in front of Team Penske pilots Simon Pagenaud and Josef Newgarden.

Askew avoided damage but all three Team Penske drivers suffered nose and rear wing damage after the shunt. Pagenaud and Newgarden came to the pit lane while McLaughlin continued.

The first round of pit stops began on Lap 13 with Palou pitting from sixth place. Only a few laps prior he had been enamoured in a battle with Power, who went through the grass at the bus stop chicane after a mistake.

McLaughlin came to the pit lane on Lap 15 and duly fell to 12th. Power, meanwhile, continued and inherited the race lead.

With the first round of pit stops completed it was still Karam who led Rosenqvist by three seconds.

Power managed to get back up to third after Palou made a mistake and fell to the rear of the field.

McLaughlin quickly found himself back into the top five after a mistake by Pagenaud dropped him back and then Speed spun out.

The final stanza of the race was a relatively quiet affair at the front of the field. Karam couldn’t be caught by Rosenqvist while Power was third and in no man’s land.

McLaughlin, meanwhile, sat fifth and began to reel in Askew as the race neared its end. With six laps to go McLaughlin was within striking distance of the young American.

A strong run out of Turn 1 allowed McLaughlin to get a run on Askew and even before the Bus Stop chicane the Kiwi had cleared the Arrow McLaren SP driver.

The final laps ran without incident. In what was a caution-free race, Karam ultimately held on to claim a dominant win over Rosenqvist and Power.

McLaughlin was a distant fourth while Askew lay fifth. Pagenaud and Newgarden were sixth and seventh respectively.

Ferrucci was the first of those a lap down in eighth while Kirkwood and Conor Daly completed the top 10.

In a video posted to social media after the race, McLaughlin said, “I had a bit of an incident at the start with Oliver Askew but we had a good battle at the end.

“It was one of those racing incidents and then we were able to battle for fourth in the end. That was good fun and really good to be a part of.

“We’ll be back in the real thing soon. I’ve got my Supercars Eseries coming up now so it’s all happening and really busy but it’s a good kind of busy.”

The next IndyCar iRacing Challenge is scheduled for April 5 at 7:00 AEDT at Barber Motorsports Park.