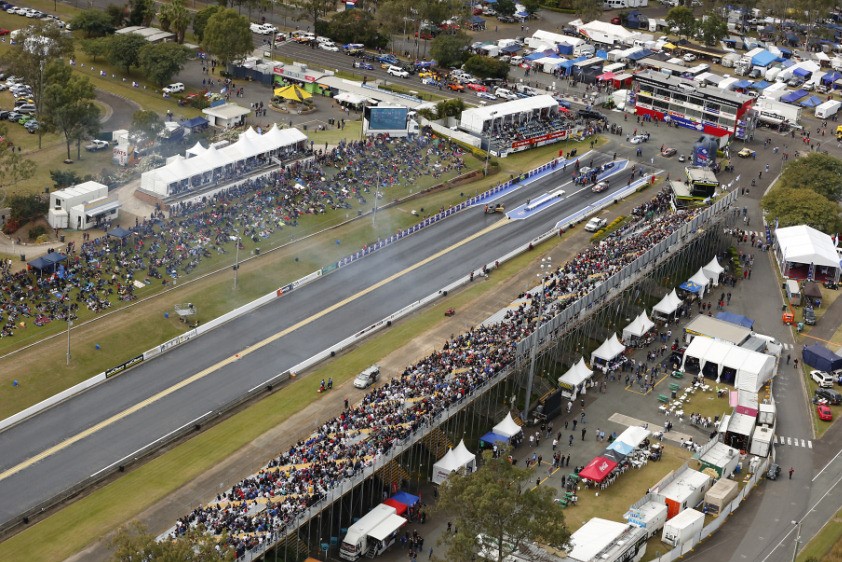 The annual Winternationals have been postponed pic: Willowbank Raceway

Australia’s biggest drag racing event the Gulf Western Oil Winternationals at Willowbank Raceway has been postponed due to coronavirus.

The event was to take place on June 3-7 but has been given a new tentative date of September 17-20. The ‘Winter Warmup’ test will take place a week earlier on September 12-13.

The change of dates also means the feature event will revert from a five-day event back to a four-day format with the pre-event test a two-day affair.

Willowbank Raceway president Tony Wedlock said he is disappointed but remains committed to having the event run later in the year.

“Obviously there is an incredible amount of uncertainty in the world at the moment but we are one hundred percent committed to making the 2020 Gulf Western Oil Winternationals happen,” said Wedlock.

“With all of the negativity around at the moment, as Board we felt we would like to give everyone something positive to aim for and that is that the Winternationals will go ahead once we get through this crisis.

“Everyone at Willowbank Raceway is absolutely determined to see the event staged and ensure that the 2020 Gulf Western Oils Winternationals continues the proud tradition of this event’s history and ultimately this year’s event is worthy of previous Winternationals.”

As of March 20 the facility has suspended all racing activity.