Dane: Supercars should stick to ‘DNA’ of ‘raucous cars’

Dane: Supercars should stick to ‘DNA’ of ‘raucous cars’ 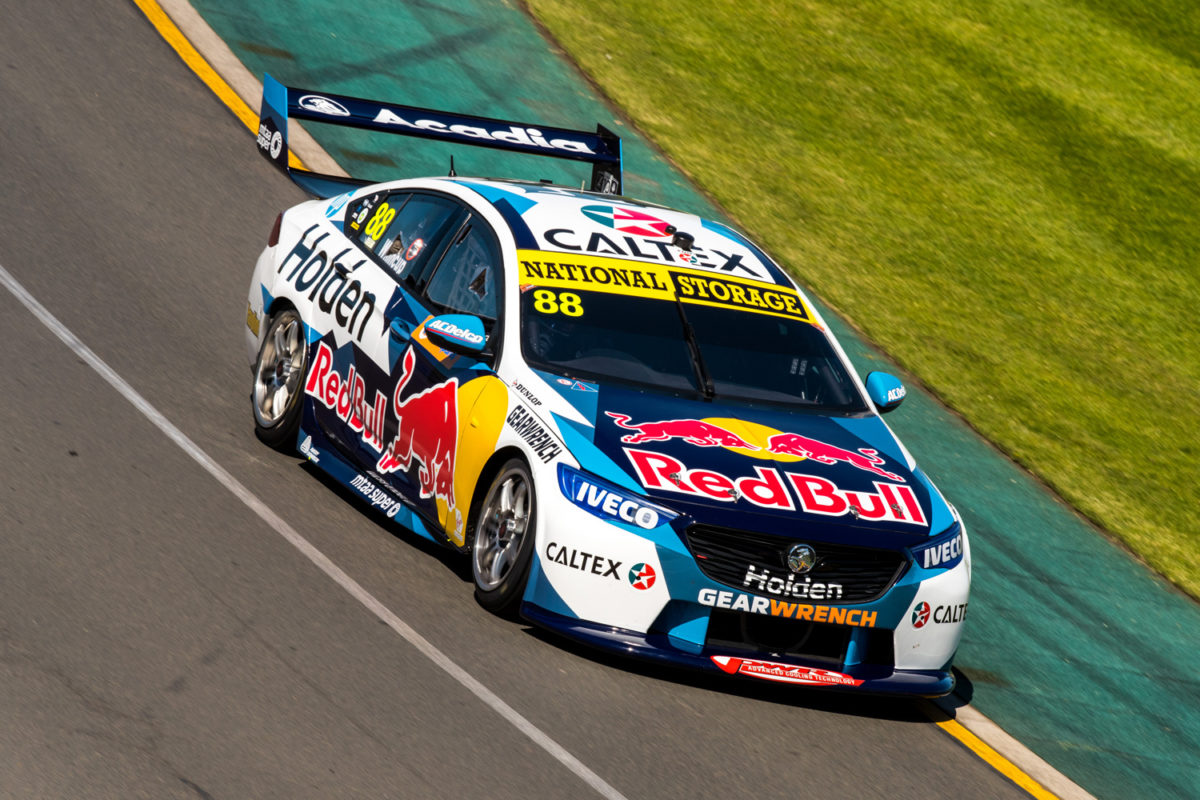 Supercars in the 21st century has long been based on four-door sedans, however, in recent years there has been a push towards two-door coupes.

The Ford Mustang was the first two-door car to be introduced under the Gen2 regulations last year.

The Gen3 regulations slated to be rolled out in 2022 are likely to build on the existing regulation set with a firm focus on two-door vehicles.

Speaking on the latest episode of Rusty’s Garage, Dane said Supercars finds itself in a difficult position amid the proliferation of hybrid and all-electric vehicles through the market.

However, Dane believes the championship doesn’t necessarily need to follow those manufacturing trends. Instead, he said there should be a firm focus on racing cars that provide entertainment.

“(It) is a really hard environment at the moment to really try and second guess what’s going on in the world automotively right now,” Dane said of the manufacturing landscape

“We love the big raucous cars that we’ve got. How can we best take that forward and say the next few years, honestly, if you want to go off and buy an electric car to drive around town, do it, but that’s not Supercars.

“We need to stick to our DNA for the foreseeable future. We need to be prepared to encompass particularly Halo Cars today (…) maybe they’re two-door cars because four-door cars are seen as just Uber these days.

“Maybe we’ve got to embrace those. But we shouldn’t lose sight of the fact that we were built on the fan base that does love internal combustion engines.

“So I don’t think we have to justify our position if we stick to our guns and provide great entertainment with loud cars, fast cars, that people at the end of the day want to come and see.

“The fact is that people have stopped using horses to go to work, but they spend more money on horses today than they ever have done in history.

“They’ve stopped using sailboats to go and catch fish or come from the UK to Australia. But people still spend a fortune on sailboats, right?

“So, there’s a place for us going forward and having fun and people enjoying it and being prepared to pay us. And we shouldn’t be shy about it.”

The comments come a little over a month since General Motors confirmed it would pull out of right-hand-drive markets.

That subsequently meant the demise of Holden, which will depart the marketplace in Australia and New Zeland by the end of 2020.

Having had time to reflect on the announcement, Dane said he was surprised by the timing of the call.

“I thought that there was going to be a possibility of this happening at some stage because of the retreat from right-hand-drive markets around the world,” he said.

“But I thought that the Australian business model was going to be given a bit longer to show that it would work or not work.

“Unfortunately just at the end of the day, if you’re not producing right-hand-drive cars for anywhere but Australia and New Zealand and Thailand, it doesn’t give you a very big market.

“Whilst it was a bit of a shock timing-wise, at the end of the day, you could see it being a distinct possibility at some stage.

“It’s disappointing and sad, very sad, to see the back of the brand and in this country. But yeah, that’s life. There have been plenty of other brands have died over the years.

“History is full of car brands and motor racing brands that have come and gone. Very successful ones. And the heritage of Holden is unbelievable, it’s parts of Australian history for everyone, not just motor racing.

“But at the end of the day it didn’t stack up.”