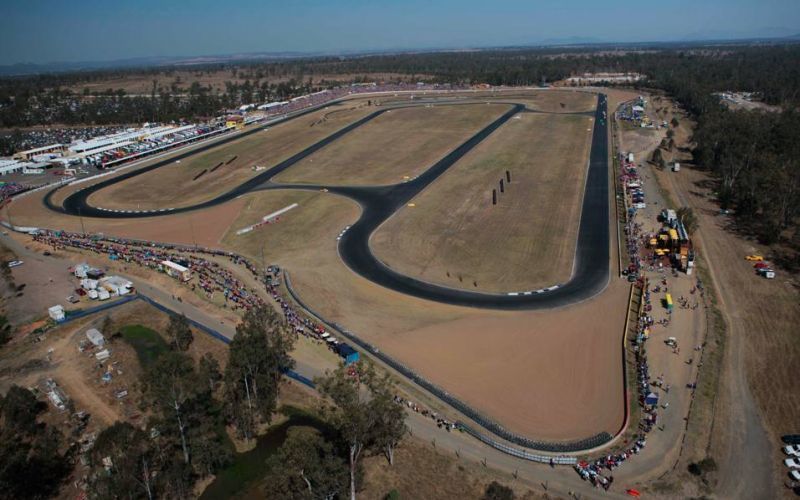 Several circuits have closed across the country as a result of the Australian Government imposing restrictions on mass gatherings.

John Tetley, owner of Queensland Raceway and Lakeside Park, said he’s effectively put his two circuits on pause and will look to reschedule events for those that have been affected.

“The plan is not to shut down but reopen as quickly as possible legally,” Tetley told Speedcafe.com.

“I am pretty confident we will be opening again in about six weeks. All our staff will be on full pay for at least the coming month and then we’ll review the situation.

“The decision was made on Wednesday morning after we were being shut down in effect by the National Cabinet.

“The statements that came from them, to me, is a very clear indication that there are to be no outside gatherings that are non-essential. That’s the only way that I can read it.

“Even I have a hard time arguing motorsport is not an essential activity.”

On the other side of the country in Perth, Wanneroo Raceway (nee Barbagallo) remains operational with very limited on-track activities.

Though that is up for review as they evaluate Government advice on a day-by-day basis. It’s an approach most of the circuits – open or closed – are taking.

“We will not put in place an event that will bring people that increases the risk that they will be exposed to the virus,” Stachewicz told Speedcafe.com.

“We decided to do what we thought was the right thing.”

Stachewicz said they wanted to get ahead of the ever-changing restrictions being put in place by State and Federal Government.

“Could we have conducted the activities that were scheduled to be conducted within the restrictions as they were last Wednesday? Probably.

“We probably could have done that with no trouble at all, it may have looked a little bit different. But we decided we would get ahead of the game.

“We believe restrictions will only get tighter. If they don’t then we can revisit that. We did what we thought was the right thing.”

In other parts of the country, circuits remain open despite the Government guidelines on mass gatherings.

Some circuits have put their own social distancing guidelines in place and taken precautionary measures.

Symmons Plains Raceway is open, but due to the pandemic, local authorities are not issuing police permits to the circuit – in effect meaning no races will take place presently.

The Phillip Island Grand Prix Circuit is operational but it has closed the visitor centre and its go-kart facilities. On-track activities will proceed.

Sydney Motorsport Park is open and is still hosting track day events. However, it has reduced on-track capacity to under 50 cars to ensure each entrant has a garage to itself.

Winton Motor Raceway in Victoria is also operational, however, it has had to postpone its test and tune days. The circuit is reevaluating its position from day-to-day.

The Bend Motorsport Park and Mallala Motorsport Park in South Australian are both running without interruption. The adjacent kart circuit and hotel remain open at The Bend. However, as of March 30 gatherings of more than 10 people will not be permitted anywhere on the site at The Bend.

The ongoing coronavirus has had a significant impact on the domestic motor racing calendar.

Even while the majority of circuits in Australia remain open, most event promoters have either cancelled or postponed race meetings at the aforementioned facilities.

The Virgin Australia Supercars Championship had been scheduled to race at Symmons Plains and Wanneroo Raceway but has postponed both of its events there.

The Shannons Motorsport Australia Championship postponed its season-opener at Sydney Motorsport Park, which was to take place this weekend.

It is not yet known when all the circuits that have temporarily closed will re-open.

Status of circuits in Australia