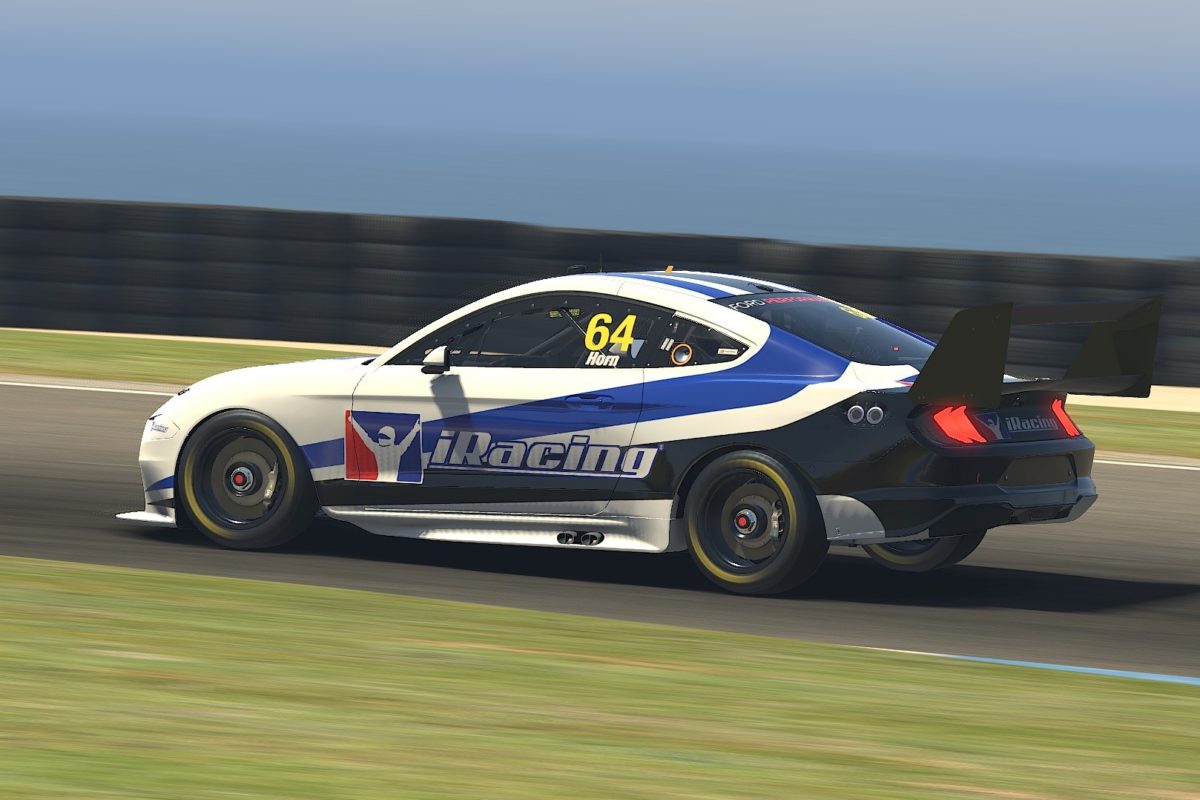 Competition cautions, reverse grids, oval-only rounds and variable race lengths are being touted as possibilities for the new Supercars All Stars Eseries.

Supercars is set to trial the unconventional formats in an effort to shake-up the racing ‘in the name of entertainment’.

Set to begin on April 8, the contest will see the full 2020 Supercars field race together for the first time in the virtual world.

The first round will take place at the Phillip Island Grand Prix Circuit and Autodromo Nazionale Monza.

Nathan Prendergast, General Manager Television and Content for Supercars Media, said fans should expect a traditional format for the first round.

However, after the first event, he expects the shape of the competition to change drastically.

“These cars and drivers are going to be competing on circuits that they’ve never ever been on before,” Prendergast told Speedcafe.com.

“Some might have the luxury of racing overseas, but there’s going to be a variety of tracks and a variety of formats.

“And at the end of the day, this has to be an entertaining product. So expect us to shake things up and try different things, including competition cautions and a whole bunch of other crazy things to make it close and to give everyone an opportunity to shine.”

Preliminary broadcast details have also been confirmed with a two-hour show set to feature a qualifying highlights package and live races.

Race formats are yet to be confirmed for the first event but are expected to vary from round to round.

It’s expected each event will see up to three races of differing lengths taking place at day and night.

While the grid is already confirmed at 25 entries, Supercars has earmarked hopes to get international drivers involved in the Eseries.

The broadcast is expected to feature several high-profile and familiar Supercars television personalities to ensure fans get an experience as close to real-world racing as possible.

Broadcast production will be done by the same group behind the Supercars telecast, which Prendergast said will be like watching ‘animated’ Supercars.

Adding to the show will be each driver being able to talk to each other during the races. The broadcast will also feature in-race and post-race interviews with drivers.

Prendergast said fans should anticipate watching a similar product to that of the Virgin Australia Supercars Championship telecasts.

“When the drivers that don’t have existing rigs start to receive stuff in conjunction with us or when they buy their own, we want them unboxing the stuff and we want them getting excited about building their rig and trying it for the first time.

“And then further to that, we’re going to be engaging all of your usual Supercars media or Fox Sport talent to be delivering us content across the series.

“So, I expect Larko (Mark Larkham) to go to someone’s house and do his version of a tech story on a setup.”

Ultimately, the whole project is a step into the unknown for Supercars. Prendergast said while they have high hopes for the Eseries, they’re conscious there may be hurdles along the way.

“I’m really impressed and excited by the fact that this has got so much support from everyone within the paddock,” he said.

“All teams, all commercial managers, every driver that I’ve spoken to, there has been a real genuine desire to make this successful and make it work. And that’s been really good.

“We don’t know what we don’t know and we’re going to be discovering stuff as we go. And stuff that might be considered really simple and we think it’s easy to do will be a challenge.

“This will evolve. This will have its challenges to bring 25 guys remotely from all over Australia, from different States into one studio on different levels of network and connectivity to make this work.

“It’s going to have its challenges, but we’re excited about it and we believe that it’s going to be very cool.

“And the opening and willingness of everyone involved, I want this to be the best eRacing product in the world, or at least the most entertaining.”

The Supercars All Stars Eseries will premiere on April 8 with events taking place weekly for around 10 weeks.