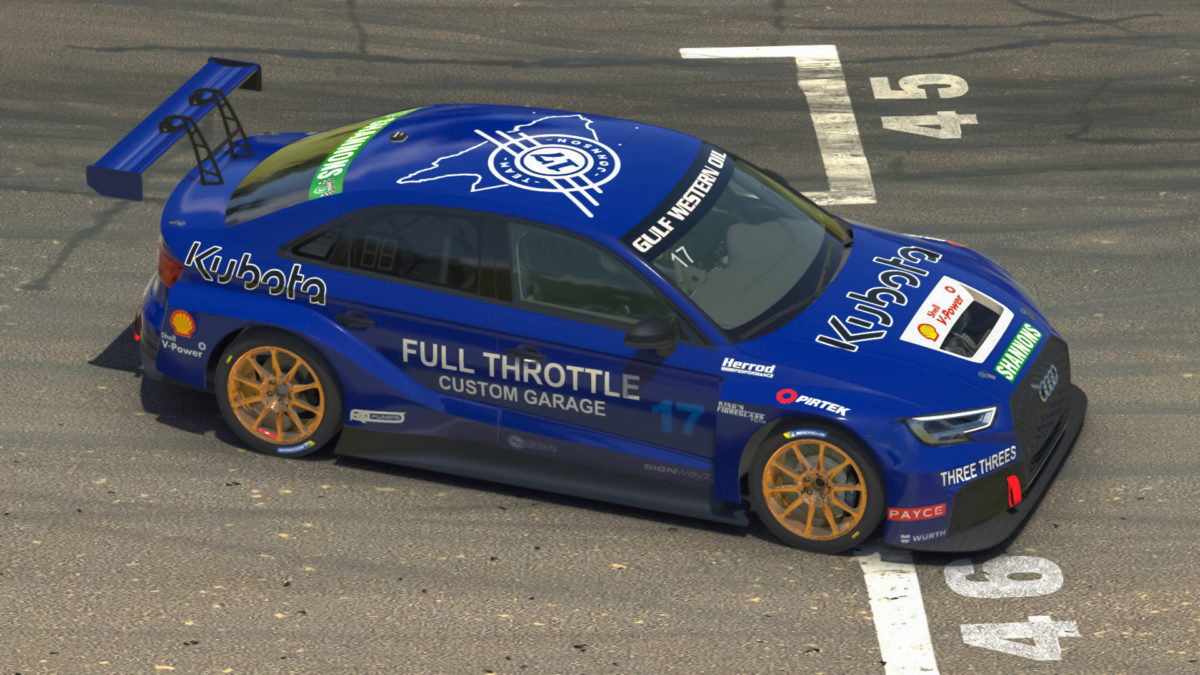 Steven Johnson will share driving duties with son Jett during the carsales ARG eSport Cup when it begins next month.

The 10 week series will see drivers compete on the iRacing platform in Audi RS 3 TCR and Formula 3 machinery.

Open to all ARG competitors, organisers are expecting a large field as drivers from the TCR Australia Series, VHT S5000 Championship, Gulf Western Oils Touring Car Masters, and Trans Am all take part.

The Johnson pairing are the latest to confirm their participation, with each set to compete in five events each in a Tru Blue Falcon inspired livery.

“I’ve certainly been on the simulator before and done plenty of online racing, but it has mainly been for fun. This will be something different,” said Steven Johnson.

“I’ve used it as a tool to get together with friends like Shane van Gisbergen, Scotty McLaughlin and Lee Holdsworth, plus other guys who don’t race professionally but love to get in there and have a race.

“Usually, it’s good to get on, have a good laugh, and it also helps keep you race sharp.

“At this point, I reckon I have Jett covered for speed on the simulator,” he added.

“Only recently, we had a shoot-out and I still have him for pace, but the more he spends on it, the faster and closer he gets and it won’t be long until I can’t catch him.

“I think he stands to get a lot out of this competition.”

The opening round, to be held at the famous Mount Panorama circuit will be run on April 2.