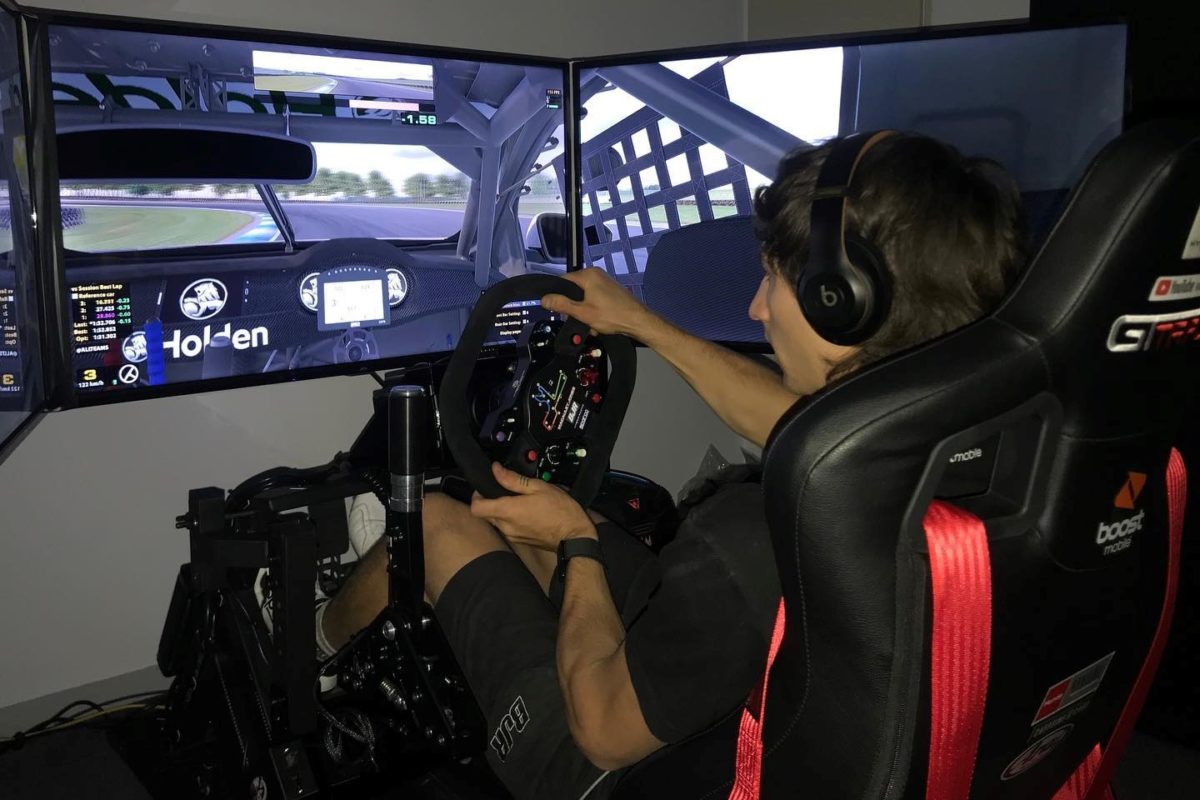 Macauley Jones has explained the similarities and differences between his real-world Supercar and the simulated version he’ll race in the new All Stars Eseries.

In his latest behind-the-scenes newsletter, Jones explained how Supercars finds itself in a unique position.

Jones noted that unlike other sports such as football and rugby, Supercars can simulate its racing with a high level of realism.

The Brad Jones Racing driver will be part of a full cast of 25 drivers to contest the iRacing-based competition, which begins on April 8.

“I’ve had the sim up and running for a few days and have noticed some things with the style of driving or feeling differences,” said Jones.

“The simulator has a cold tyre function, so when you change tyres or start a session it takes a lap or two to get up to temp and pressure.

“I find it pretty tough to feel this on the sim compared to the race car you sense the grip directly.

“Because with a race car you have tyre movement, suspension travel and bump feedback you get direct feedback.

“For example, you hit the brake and the front dives down and weight is shifted forward, in the sim you can see this happening but without the motion like that of a car.”

Jones noted a lack of relatively tactile feel through the apparatus compared to that of the real race car.

“Not being able to feel the car makes it challenging to know when to get off the brake, or when to continue braking into the corner, or when to shift weight to balance the car,” he said.

“Some cool things are the track progresses as the session goes on with more rubber from cars going down, and the weather changing affects the car speed quite significantly also.”

Jones said he’s still new to sim racing but is looking forward to the challenge. Part of getting used to the simulated experience will be figuring out spacial awareness and positioning of his virtual car.

“I am yet to do a race online as of yet and I expect it to be a little bit strange to know the limits of passing and car positioning with trying to know the track limits on the computer screens,” he said.

“One of the biggest points to note is the fear factor in racing. I find this much less on the sim due to being able to reset and start over.

“Committing to braking later is less pressure, if you lock a brake there’s no flat-spotted tyre, or even having a set amount of tyres allocated.”

The Supercars All Stars Eseries is set to start on April 8 and will be broadcast on Foxtel and Kayo as well as free-to-air on Supercars’ online streaming platforms.