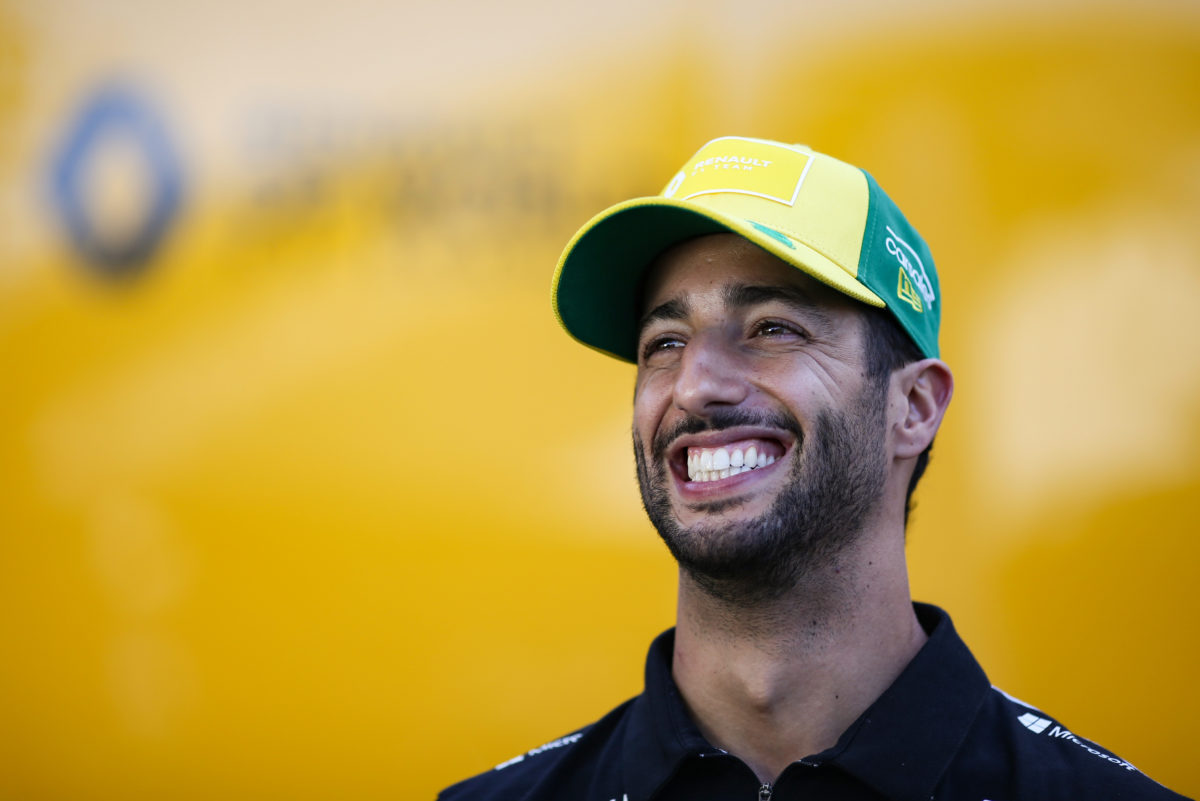 Daniel Ricciardo is remaining focused by using his enforced time off as a pseudo bootcamp while Formula 1 is on hold as the world comes to grips with the fast-spreading coronavirus pandemic.

With travel restrictions and lingering uncertainty as to when the season might start up, Ricciardo has remained in Australia.

The 30-year-old is spending the time training in an effort to remain focused.

“Training’s definitely the thing that’s keeping me with that competitive mindset,” he said.

“You get a bit of anger out when you train, so that’s been my medicine for now.

“I feel like now is kind of perfect to get in shape.

“We’re forced to stay in, there’s no jet lag, there’s no airports, we can really create like a training camp which we don’t always have.

“It’s been nice knowing we’ve got time, we don’t have to rush it.

“I think you’re going to see a lot of drivers and people in general, whenever this is over, all pretty fit I hope.”

The 2018 Monaco Grand Prix winner admitted that the reality of the situation is beginning to set in as he grapples with the situation.

“I’m not like racing laps in my head yet, because I don’t know what track we’re going to be racing on,” he said.

“I watched an onboard of Monaco last night and got a bit sad. I don’t really know where we’re going to be. That one hurt me.

“They’re all going to hurt, for sure, Melbourne being so close as well. The reality is setting in, unfortunately.”

He also predicts the first event following the interruption to be somewhat chaotic, joking that he’ll deliberately start last to avoid the dramas.

“I’m thinking of qualifying last, because I think Turn 1 is just going to be mayhem.

“I’ll just watch it all unfold, and then I’ll lead the first lap. I’ll put it on pole and voluntarily start last!”

The Canadian Grand Prix is currently the first scheduled event on the calendar that has not been impacted by the coronavirus pandemic.

Scheduled for June 12-14 there remain no guarantees the event will go ahead, with the Tokyo Olympics, set to run from July 24 into August, having now been postponed.