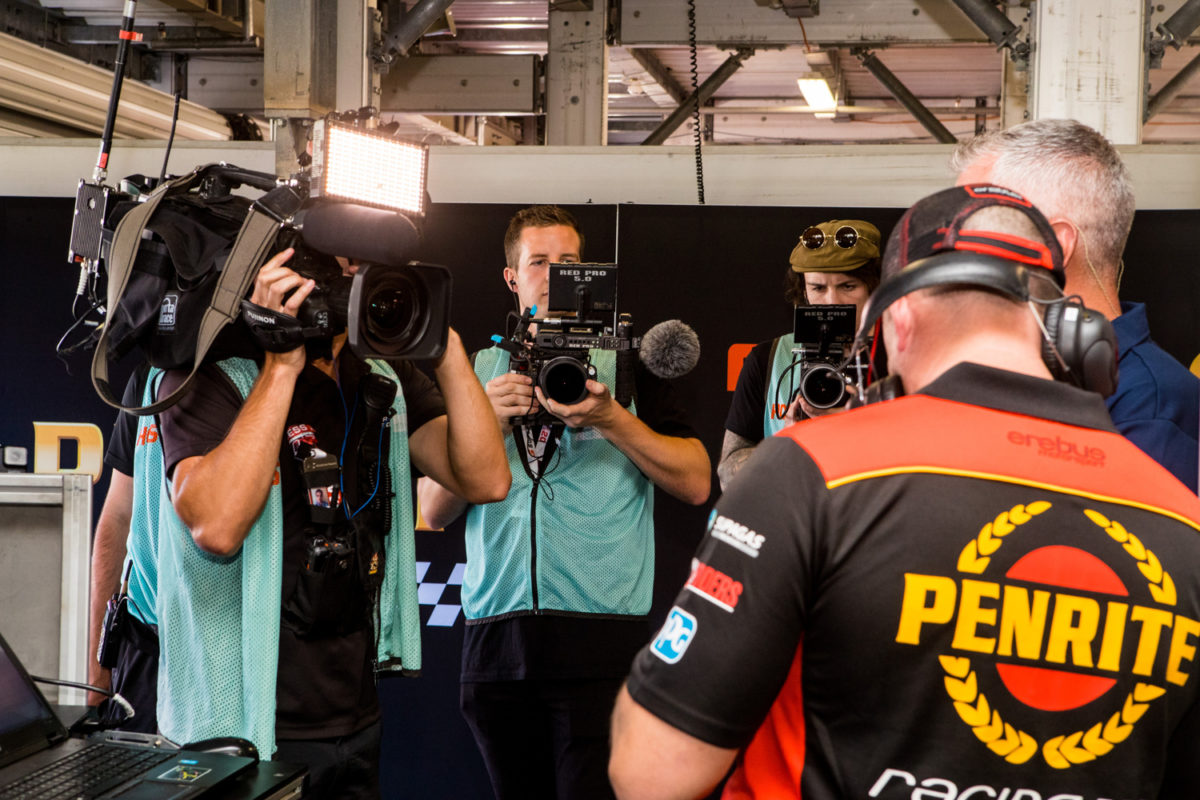 A new documentary following Erebus Motorsport is in the works

Another fly-on-the-wall-style television documentary following Erebus Motorsport and their Supercars campaign in 2020 is being filmed.

Produced in a similar vein to the successful Netflix series Formula 1: Drive to Survive, the Erebus docuseries will once again follow the Supercar team and its on- and off-track activities.

Lead drivers David Reynolds and Anton De Pasquale will feature prominently, but the new docuseries will put greater focus on their Pirtek Enduro Cup co-drivers Will Brown and Brodie Kostecki.

Speaking with Speedcafe.com, series producer Andrew Janson said he and the team felt a second edition needed to be filmed to continue the story.

“We did an entire season with Erebus and did a lot with them at race tracks, we got to the end of the year and realised there were so many untold stories,” said Janson.

“There were so many things on the cards for the team in 2020, we just thought with the amazing characters in the team – and the fact that the team got more comfortable with us – it just made it a very logical thing to turn around to do a second season.

“While it will focus on covering the team through the season and the race results, we really want to get into what it takes to make a team swing and the personalities and the things that happen away from the race track to make these guys and girls who they are.

“There are just so many stories to tell. It’s just carrying that story on and bringing all the ideas that didn’t come to life last year to life this year.”

Fans will get to see a different side of the team in 2020, which will take the drivers out of the comfort zone off the track with the Australian Army.

Elsewhere, plans are in the pipeline to explore the lives of the mechanics and engineers, some of which race at kart level and also build project cars.

The coronavirus pandemic has thrown the team a curveball with the Supercars season on hold. However, with an unscripted approach to the docuseries, Janson said they’ll follow developments as they happen and see what storylines arise.

As a result, the new Supercars All Stars Eseries will be another aspect set to feature in the new docuseries.

“We’ll follow the two drivers when they battle in this Eseries,” said Janson.

“We’ll go up to their houses and film them practising and getting ready, as well as what the boys are doing from a fitness point of view and how they keep themselves sharp.

“Hopefully we get some other interesting storylines as this develops over the next couple of months. It’ll definitely feature heavily because it’s such a massive part of the season.”

Filming of the new docuseries began at the Adelaide 500 and will continue through the coronavirus-induced break. Season 1 of the Supercars produced The Inside Line will be released on March 30.