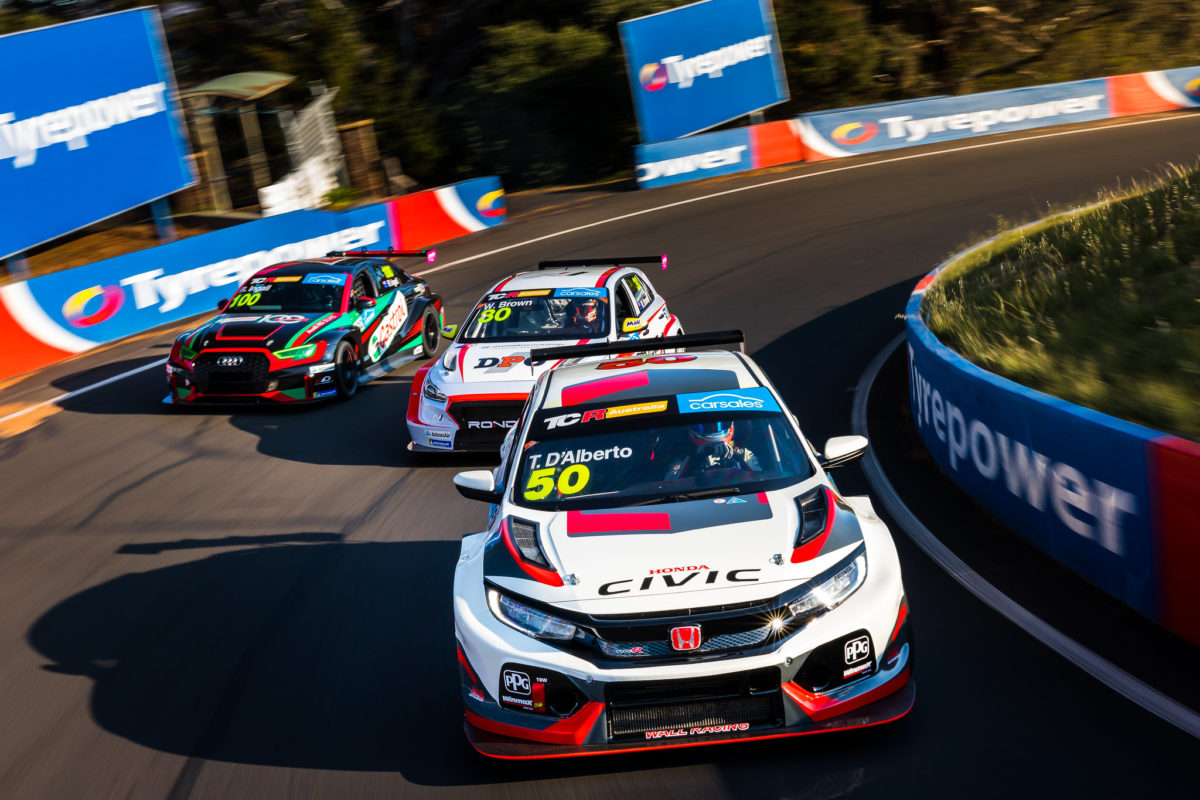 The Bathurst International could expand to four days

The Bathurst International could expand to a four day weekend as organisers work to include the Bathurst 6 Hour.

Organisers announced the Hi-Tec Oils Bathurst 6 Hour would be held in conjunction with the Bathurst International after the Easter event was postponed due to the ongoing coronavirus pandemic.

The Bathurst International is currently set to be held across the November 13-15 weekend and is headlined by the TCR Bathurst 500 – the final round of the TCR Australia Series.

However, the addition of a six hour production car race has left organisers looking at ways to manage the on-track action.

“At this stage, a four day weekend would be something which we need to consider,” Matt Braid, ARG’s CEO, told Speedcafe.com.

“We’re talking obviously with the competitor groups that were interested in both events and committed to both events, to see who wants to come across and race in November.

“Everybody is really keen to see it work and wants to play, wants a run.”

The production car race would require significant track time not only for the race itself but practice and qualifying sessions.

Other categories have the same requirements, while the flagship TCR Bathurst 500 race is expected to run for well over three hours alone.

While that creates challenges for organisers, Braid also believes it offers an opportunity to deliver a unique event with two high profile, long distance races.

“We’re hoping that can be the sort of shining light at the end of the year, given all the circumstance we’re currently going through,” Braid said.

“So, we are formulating what the strategy and theme will be for that event at the moment.

“Ideally, we do want to make it extraordinary.

“We want to run the six-hour on its own as an iconic event, which it is, but circumstances mean that we can’t.

“But now we’re going, okay, how do we really look at this as an opportune now to create a really, really special event in November that combines the best of both those events, is what we want to achieve, and what we already have available for the six-hour.

“Realistically, there will be a day that is required for the six-hour production car race and likewise probably another highlight day, on a pre-eminent day, whether it’s Saturday or Sunday, which is the international component.

“I think they’re the two things we’re working through at the moment.”

It has been previously confirmed Touring Car Masters, Trans Am, and S5000 will be part of the Bathurst International’s supporting bill.

The event is a joint venture between ARG, Motorsport Australia, and the Bathurst Regional Council.