Brown likens Mostert and Fullwood to Sainz and Norris

Brown likens Mostert and Fullwood to Sainz and Norris 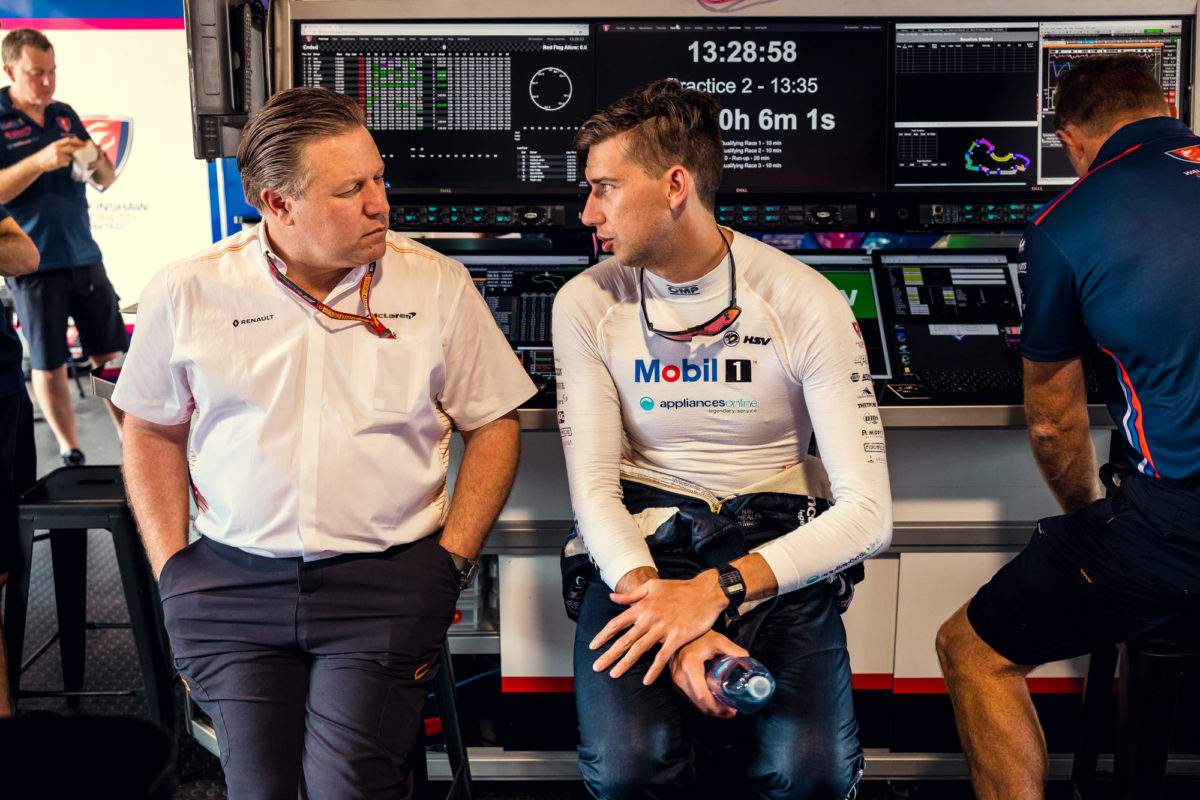 Zak Brown has likened Walkinshaw Andretti United’s all-new duo of Chaz Mostert and Bryce Fullwood to the arrival of Carlos Sainz and Lando Norris at McLaren.

WAU, back through its Holden Racing Team and HSV Racing guises, fielded only three different full-time drivers across those two entries in the nine years up to and including 2019.

Sainz had moved across from Renault and Norris had stepped up from Formula 2, in which he was runner-up in 2018, similar to Mostert’s shift from Tickford Racing and Fullwood’s arrival as the 2019 Dunlop Super2 Series winner.

“I think there’s a good vibe in the garage,” Brown, one of WAU’s Directors, said.

“Not to talk too much about McLaren, but obviously with the two (new) drivers there (in 2019), I can see the similarities between changing some stuff up.

“It brings a bit of a fresh outlook, and Chaz has good experience, he’s got good insight into areas in which we can improve, so he’s a bit of a team leader in that sense.”

On Mostert specifically, who became a key piece of the silly season, Brown remarked, “(I) Got to know Chaz last year. Obviously, he did the 24 Hours of Daytona as well, so we’ve seen him in multiple disciplines.

“He’s been great. He’s got a lot of energy, his feedback’s great, and he’s mega quick.

“So I think we’ve been a great addition to the team.”

Brown’s comments follow those of WAU co-team principal Mat Nilsson, who hailed how not only Mostert and Fullwood, but also the former’s long-time engineer Adam De Borre, had fitted in at Clayton.

Mostert sits third in the Virgin Australia Supercars Championship after a seventh and a second in the only two races which have been run so far, at the Superloop Adelaide 500, while Fullwood is 18th in the standings.