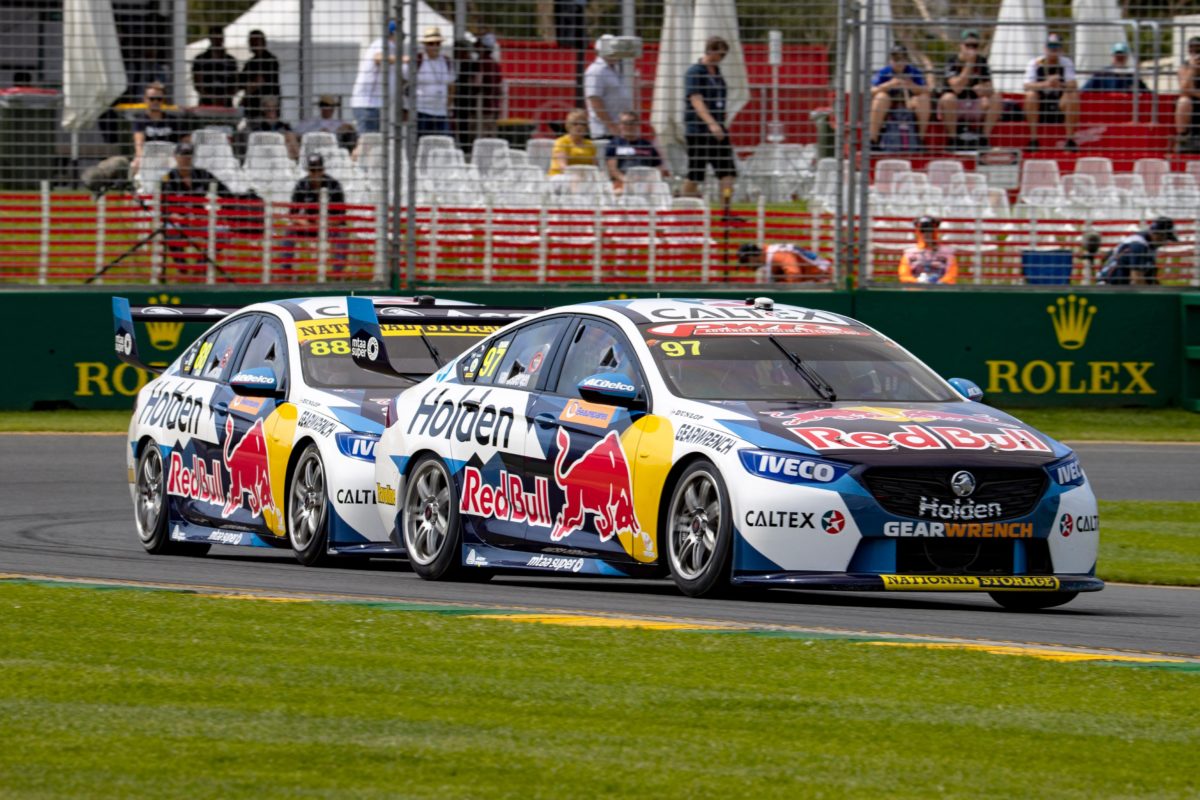 The Red Bull Holden Racing Team duo will both race in the online competition starting April 8, which will utilise the iRacing simulation platform.

While the pair are regular podium contenders in real-world racing, Whincup said he has relatively little experience in the simulation scene compared to the likes of van Gisbergen.

“I usually back myself, but the young blokes have the advantage here,” said Whincup.

“My money’s on my team-mate, SVG, to be up the front. I know he races against a few of the guys down Pit Lane, even some of the Formula 1 drivers, so hopefully he’ll be representing the Red Bull Holden Racing Team on the podium.”

A veteran of 16 seasons in Supercars, the new All Stars Eseries will be uncharted territory for Whincup.

While the younger competitors in the sport often use simulators as part of their training program, it’s not something the 37-year-old has typically used.

“It will be a learning curve for me as I haven’t used a sim in a very long time and don’t use it as part of my training,” he said.

“But I’m looking forward to a new challenge and, most of all, I’m rapt that we can still provide some entertainment when everyone needs it most.

“I’m looking forward to having some fun with the Supercars All Stars Eseries and giving the fans something to cheer for until we can hit the track again.

“We always want to put on a good show, so it’s great for the sport and the fans knowing we can still race while the season is on hold.”

Two-time Supercars champion Scott McLaughlin is one of those who often uses iRacing to keep match fit and as a form of entertainment.

Amid the ongoing coronavirus pandemic that has temporarily stifled the Supercars season, McLaughlin said the Eseries is an opportunity to attract new fans to the sport.

“I’m a big fan of online racing, and you can often find me in my Simworx simulator keeping my eye in between races,” said McLaughlin.

“With this unprecedented situation meaning we can’t race our real cars, I think this is as good a substitute as possible.

“How cool is it that we can do this? We’re pretty much the only sport that can still compete in the online space. This has the potential to introduce a whole new legion of fans to our sport.

“I’m really excited about this, and am looking forward to racing my Shell V-Power Racing Team Ford Mustang in the Supercars All Stars Eseries.”

The Supercars All Stars Eseries is set to get underway on April 8 with races at the Phillip Island Grand Prix Circuit and Autodromo Nazionale Monza.