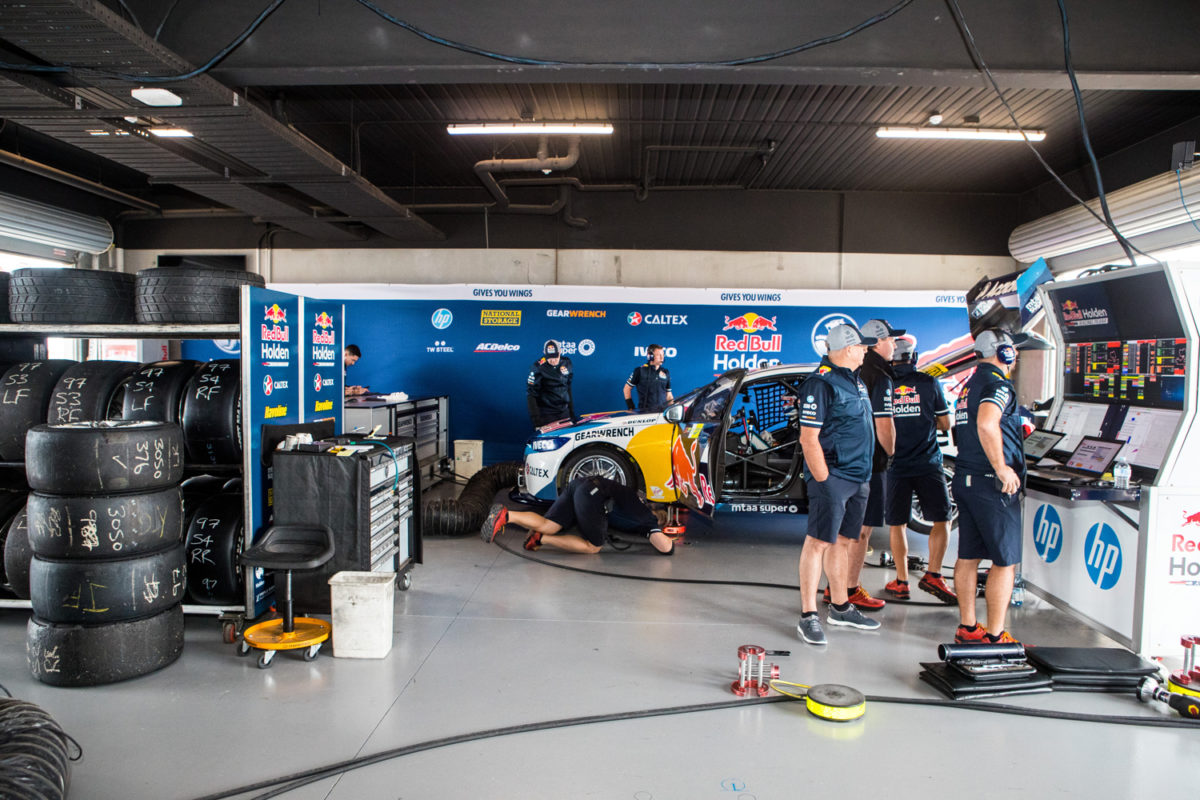 The Virgin Australian Supercars Championship’s most successful team of the last decade, the Red Bull Holden Racing Team, has gone into a mandatory shutdown for at least two weeks as a result of the coronavirus pandemic.

The majority of the race team staff will be taking accrued holidays and days in lieu and at this stage no one has been laid off.

It is believed several other teams have or will be making similar moves this week.

The Supercars season has been placed in limbo after the cancellation of the events at the Australian Grand Prix just over a week ago and then the postponement of the Tasmanian, New Zealand, and Perth rounds of the championship.

At the moment, the Winton Super400 will be the next event on the Virgin Australia Supercars Championship calendar over June 5-7.

However, Supercars boss Sean Seamer has indicated publicly that the season could be delayed until at least the Townsville 400 (June 26-28).

“As of the weekend everyone is taking two weeks off and we feel that is the most responsible thing to do,” Dane told Speedcafe.com.

“We are using up annual leave and days in lieu on the basis of us resetting and going racing later in the year.

“To be honest, most of the race team did not come back to work after Melbourne (the AGP), to make sure we protected everyone back at the shop.

“We have just encouraged everyone to stay out of harm’s way and we will reassess everything once we get through Easter.”

Dane is in a unique position that his Triple Eight Race Engineering business is located in the same premises as the race team in Banyo in Brisbane and is involved in other projects outside of the racing industry, which allows him leverage with ongoing costs.

Ironically, that has provided little relief with the coronavirus affecting every major industry at every level, according to Dane who says the current environment has left the whole world in a “wait and see” position.

“Once we get back from the break, we will be doing what we can to keep everyone in a job,” said Dane.

“We will continue to use the downtime to improve our infrastructure. We will be fixing what needs fixing, painting what needs painting and catching up in the area where that needs to happen.

“My attitude is that the country needs to be doing the same thing.

“We need to be fixing the roads while no one is on them and doing maintenance on things like schools and other public facilities so we are actually in better shape when we come out the other side.

“The challenge for everyone is going to be keeping everyone employed and having them around when we get the chance to go racing again.”