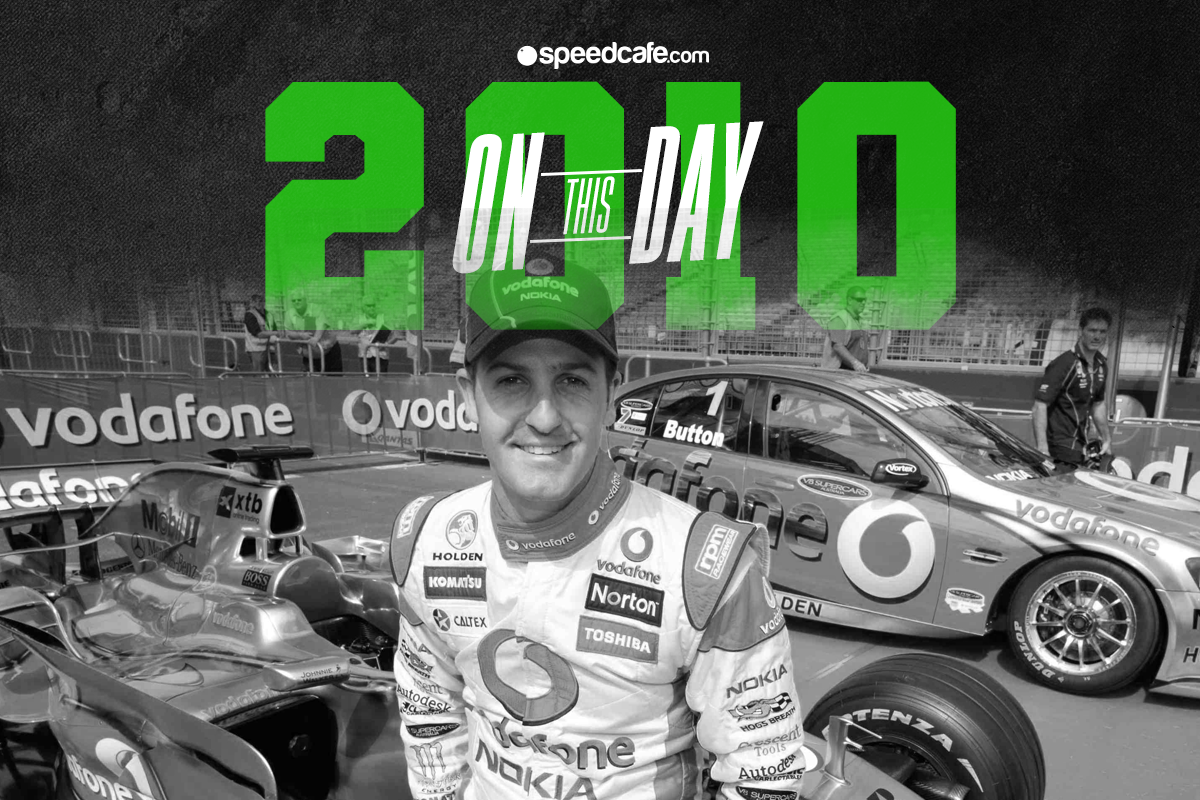 Take a trip down Speedcafe.com memory lane on this day, March 23.

2010: Jamie Whincup swapped his VE Commodore for an MP4-25 for a few laps around Albert Park while McLaren F1 driver Jenson Button got a taste of a Supercar.

2016: Following the demise of the Sydney Olympic Park street circuit, there was some interest in other parts of NSW to hold a Supercars round – including from the mayor of Gosford.