Kelly Racing focuses on fun with All Stars Eseries

Kelly Racing focuses on fun with All Stars Eseries 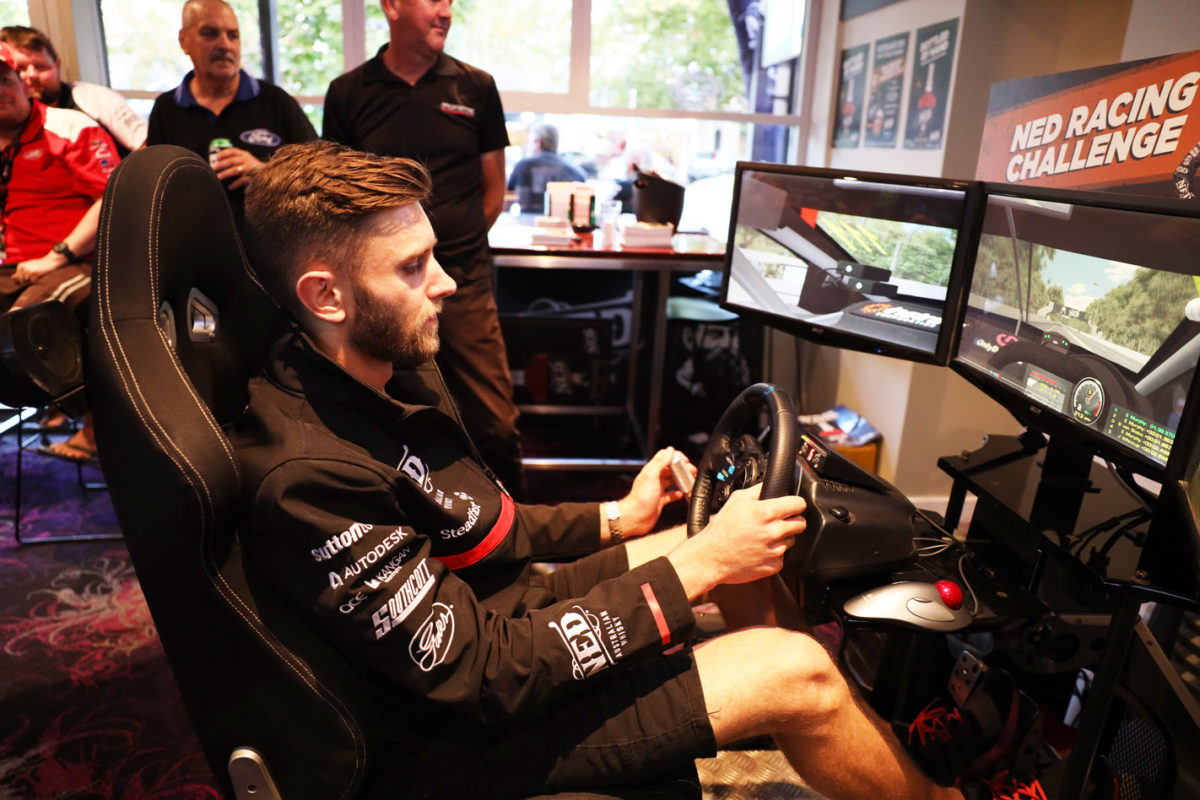 Kelly Racing pair Rick Kelly and André Heimgartner are focusing on having fun in this year’s inaugural Supercars All Stars Eseries.

Set to get underway on April 8, the online-based competition will see a full roster of Virgin Australia Supercars Championship racers compete against each other on iRacing.

Kelly and Heimgartner will each race a virtual Ford Mustang in their Castrol and NED colours respectively.

It’s new territory for Kelly who is part of the ‘old school’ generation of Supercars drivers who haven’t been part of the prolific sim racing scene.

“I don’t own one, I’m a bit old school like that so we might have to build one bush mechanics-style over the next few weeks which will be fun.

“Hopefully all of our fans can come on the journey with us and get behind the Eseries and support the sport.”

The 37-year-old has built a makeshift sim racing set-up in his garage in preparation for the online competition.

Kelly said he’s keeping his expectations in check with a focus firstly on having fun and giving fans a distraction from the ongoing coronavirus pandemic.

“The Eseries is going to be an interesting challenge for myself and some of the other drivers that have little or no experience at all with sim racing,” he said.

“My aim is to just have some fun with it, there’s not much chance of me being competitive with some of the other guys that have been doing this stuff for years.

“We want to just go out have some fun, show the fans what’s involved in sim racing and get them involved in this as much as possible.

“Obviously there are a lot of people doing it tough at the moment with everything that’s going on so hopefully we can provide them with some entertainment, give them a laugh and a bit of a distraction from all of the negativity.”

By contrast, Heimgartner has some sim racing experience that may come in handy when the eSeries gets underway at Phillip Island and Monza.

He said fans can expect some carnage but he hopes he can score a podium along the way.

“I’m definitely looking forward to getting stuck into the Esports series, it’s not something that we’re taking too seriously, like a lot of guys out there we just want to have some fun and give the fans some entertainment,” said Heimgartner.

“I do a bit of sim racing myself, I generally use it to learn the tracks before race events but I’m not one of these guys that spends hours a day on it.

“Racing against a complete field of cars and drivers will definitely be interesting, I think we’re in for some carnage which should be pretty funny for everyone watching.

“I’ve started getting all my sim set-up and doing some practice laps to try and get up to speed with some of the other experienced Sim racers.

“Hopefully we can get the NED Racing Mustang its first podium in the next few weeks even if it is in the virtual world.”

The Supercars All Stars Eseries is set to be broadcast via Fox Sports and Kayo as well as Supercars’ online platforms.