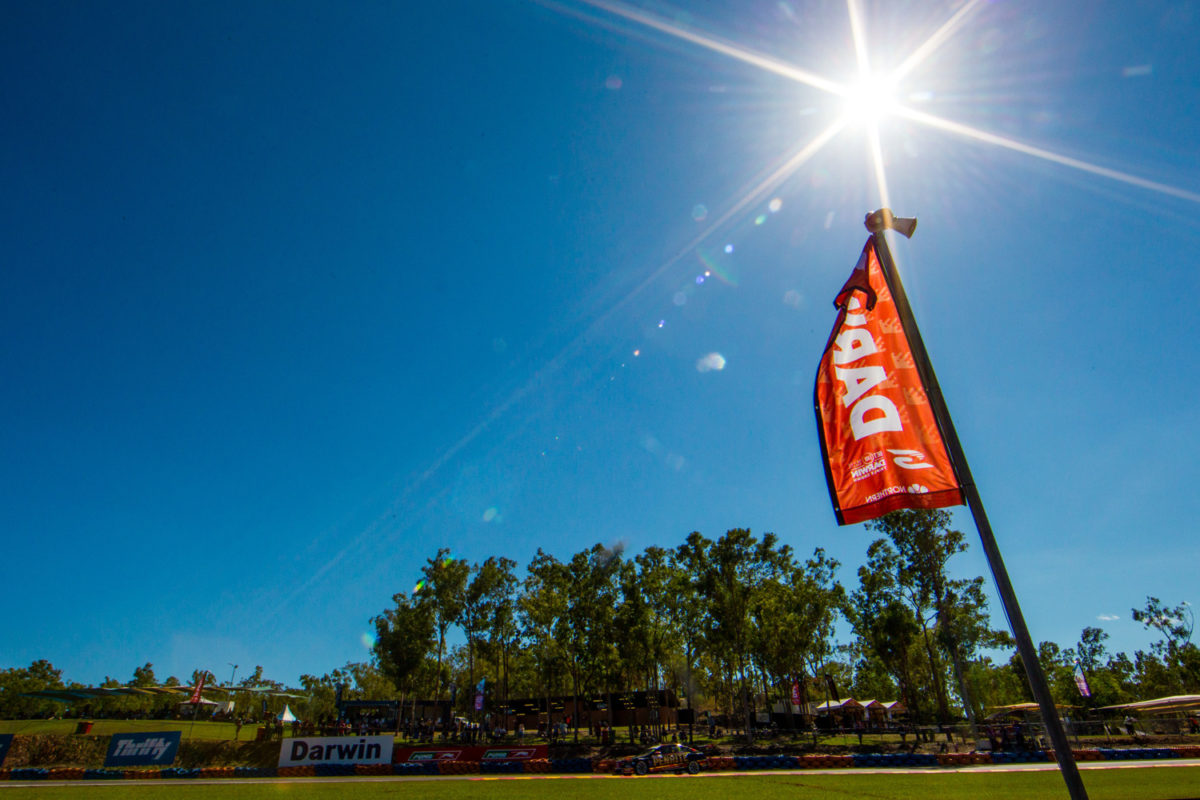 The Northern Territory will require interstate arrivals to self-isolate for 14 days as part of new coronavirus measures which its police commissioner expects will last at least six months.

The border controls, which are akin to measures announced by Tasmania last week, are due to take effect on Tuesday afternoon and would therefore run until September at current estimates.

Supercars is slated to race in the Northern Territory capital on July 17-19, when the BetEasy Darwin Triple Crown would take place at Hidden Valley Raceway.

“The NT has secured its borders by introducing a two-week quarantine period for anyone arriving in the Territory, with an exception for those providing goods and essential services during the coronavirus pandemic,” reads the Northern Territory Government’s coronavirus website at present.

“From 4:00pm Tuesday 24 March, all non-essential travellers arriving at the Territory borders will be required to go through a police control checkpoint to verify their medical status and purpose of their travel into the Territory.

“They will also be required to self-isolate for 14 days upon arrival, with penalties for those who do not comply.”

Northern Territory Commissioner of Police Jamie Chalker referred to the likely six-month duration in a press conference on Saturday to announce the controls, when asked about additional police resourcing requirements.

“We’re working already with the Australian Federal Police as to what that posture may look like,” said Commissioner Chalker.

“Obviously through our planning cell, we’re going to understand what the length of time is.

“We are working towards this being in place for at least six months.”

Chief Minister Michael Gunner, who also spoke at the press conference, made further reference to a six-month duration.

“As a nation, we’re actively trying to put in place plans to flatten the curve (number of infections) that are sustainable over six months so that we can keep people safe, not just here in the Territory but across this country,” said Chief Minister Gunner.

“So, we’re absolutely doing measures now that we know will cause disruption, that will be difficult, but they are significantly better than seeing a lot of Australians, a lot of Territorians, die.”

The Virgin Australia Supercars Championship’s Darwin event follows another in the north of the country, namely the Townsville 400 in Queensland, by three weeks.

Racing at Hidden Valley precedes the mid-season break straddling the Olympic Games before the championship would resume with the Sydney SuperNight on August 28-30.

As yet, the Tyrepower Tasmania Super400 (originally scheduled for April 3-5), ITM Auckland Super400 (April 24-26), and Pirtek Perth SuperNight (May 15-17) have been postponed, and Supercars is also seeking to make up for the races which would have been run as part of the Beaurepaires Melbourne 400 last weekend before the Formula 1 Rolex Australian Grand Prix was cancelled in its entirety.

A Supercars statement issued in the hours after that cancellation read, in part, “Should we need to postpone an event, we are fully prepared to adapt our calendar to deliver a complete Championship in 2020.”

Following confirmation of the three postponements but before the Northern Territory’s announcement, championship CEO Sean Seamer said in a video published on Supercars’ official website that he was aiming for “minimal disruption to any other activity that we have already had planned.”

Regarding the Supercheap Auto Bathurst 1000, there is a firm commitment from Supercars to its date of October 8-11, with priority then given to the other Pirtek Enduro Cup events at The Bend and on the Gold Coast.

For now, the next event is the Truck Assist Winton Super400 on June 5-7.