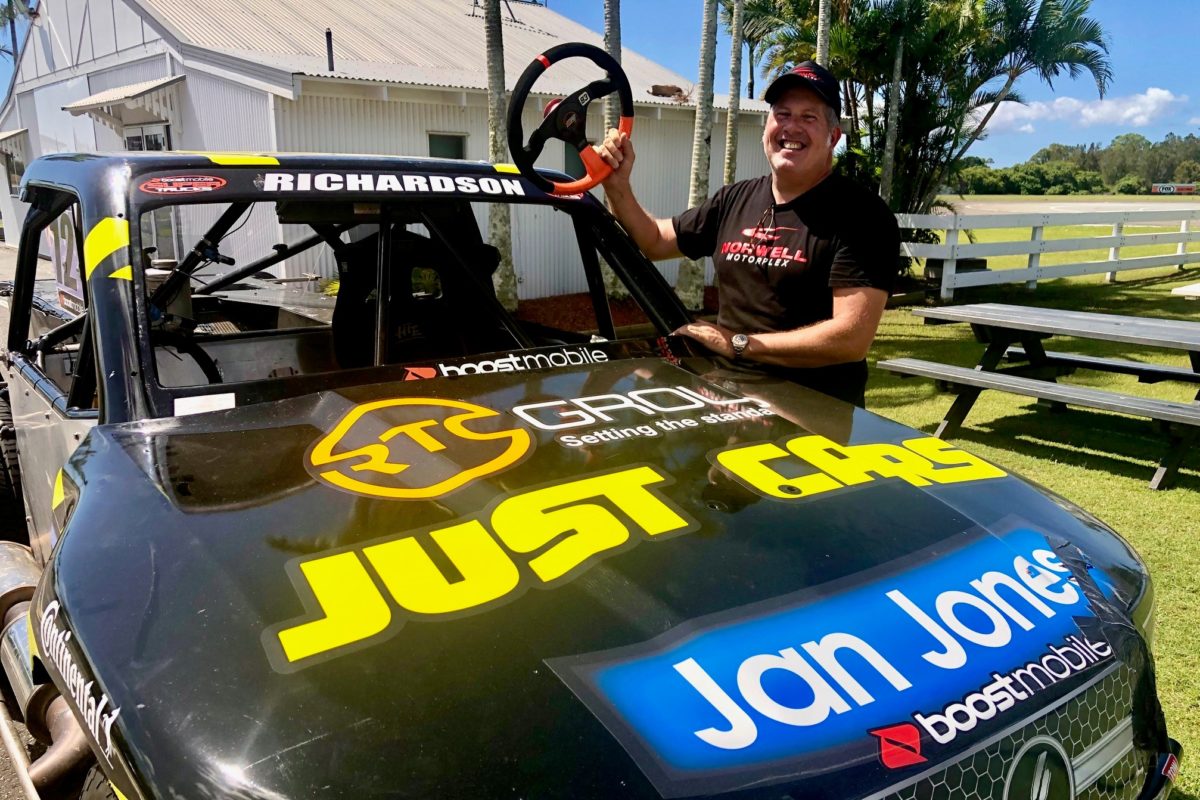 Australian motorsport veteran Paul Morris is creating some unique ways to keep his Norwell Motorplex business viable during the Coronavirus pandemic, including personal ‘learn to drive’ sessions in a Stadium Super Truck at the Gold Coast-based facility.

Morris, one of Australia’s most versatile and successful drivers and team owners, won the Stadium Super Trucks (SST) championship in 2017 and is one of the driving forces behind the rebirth of the category in Australia with the Boost Mobile Super Trucks series.

He recently competed in the opening round of the Australia v USA Series at the Superloop Adelaide 500, but recent government restrictions have meant a delay to the start of the new national series.

The Norwell Motorplex is the home of Morris’ race operations, the SST series, the Supercars Driving Experience, 4×4 experiences and one of Australia’s longest established and most successful driving training programs for the road and track.

The Norwell facility is also a hub for automotive and corporate events, a section of the business which has been hit hard in recent weeks and which will continue to be affected for months.

“It is pretty tough for everyone and you really need to keep reinventing yourself to stay relevant,” said Morris.

“These one-on-one instruction sessions in the Stadium Super Truck were on our radar for later in the year, but the current environment has encouraged us to open them up early.

“Anyone taking part will get a full half day with me learning about the truck, what they are capable of and what their characteristics are in certain situations.

“The trucks are certainly different than most race vehicles, but they are not hard to drive, just different.

“I will introduce more through the session as the person’s ability and confidence grows and obviously there will be the chance to hit the ramps when they are ready.

“The Norwell Motorplex is open for business and we just need people to know that.”

The second round of the international series was to have been in Perth (postponed) before a third and final event as part of the Vodafone Gold Coast 600 in October.

The remainder of the Boost Mobile Super Trucks season would be determined as the world returns to some sort of normality, according to series General Manager Nathan Cayzer.

“It is obviously a very difficult time for everyone and we have to do what we can to ride it out,” said Cayzer.

“Paul offering up his time and facility to do these learn to drive days is fantastic and will keep SST front of mind for a lot of people.

“People are looking for something to do and to spend half a day learning how to drive one of these things from one of the best in the business will be something you would not forget for a long time.

“Who knows, we might even flush out a regular series competitor or future champion.”

Morris is also looking to create regular mini events at the Norwell Motorplex, which started this weekend with a Hyundai Excel Challenge.

“Everyone is going to be looking for something to do or they will go stir crazy, especially racers,” said Morris.

“We will be following all the government guidelines and rules in regards to sanitation and self distancing and just want to get everyone out on track having some fun.

“Fun is something we could all do with a bit of right now.”

Hot lap sessions are also being developed that will include three laps with a couple of jumps being thrown in for good measure.