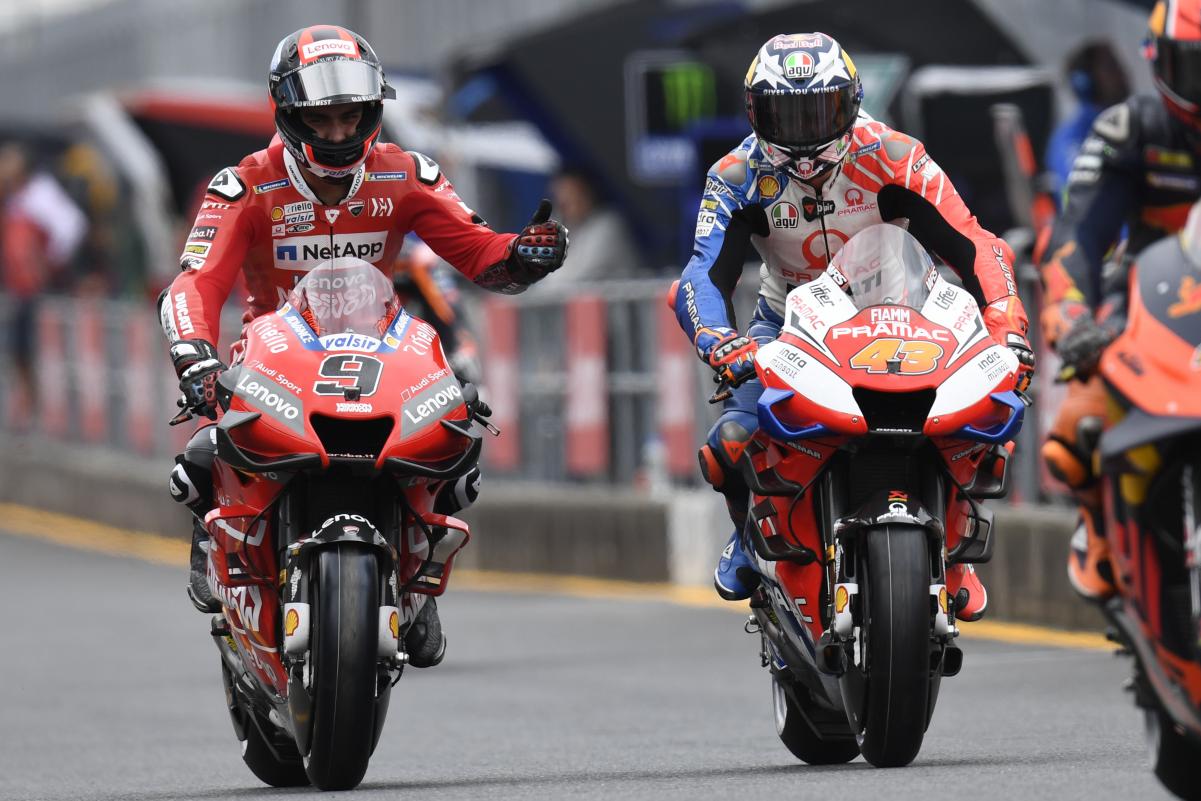 Danilo Petrucci says that his contract talks with Ducati have been delayed due to the coronavirus-enforced postponement of the start of the MotoGP season.

The Italian faces competition from at least former team-mate Jack Miller and new satellite Ducati rider Johann Zarco for his factory ride, although Andrea Dovizioso is also yet to be locked in on the other Ducati Team entry for 2021.

MotoGP was to have been midway through Round 2 of its 2020 season at Buriram this weekend but the Thailand round has been postponed until October, and the premier class grand prix in Qatar was cancelled.

The bulk of the relevant contracts for this year were signed before the 2018 summer break, with May and June particularly busy.

The current season, however, won’t start at least until the first weekend of May at Jerez, and even that proposition is far from certain given Spain’s current State of Alarm which has seen public movement banned with limited exceptions.

“We haven’t started contract talks with Ducati, but surely we would have done it if the championship had started,” Petrucci told Sky Italia.

“Everything will be postponed until July and August, in the middle part of the championship to see better what the facts are on the ground.

“It’s clear that I’d like to continue racing with Ducati, I’ve been with them since 2015 and I’ve always wanted to be in the position I’m in now.

“I know there are a lot of strong riders who want my bike, but the goal is to stay here for many years.

“The renewal is in my hands, it all depends on my results, but if I don’t do well enough. I’ll have to look around.”

Petrucci moved up to the factory team from Pramac Racing for the 2019 season and earned a renewal for 2020, while Miller similarly signed on for another year at Pramac, where both he and Francesco Bagnaia will ride GP20 model Desmosedicis in the upcoming campaign.

Zarco ended up at Avintia alongside Tito Rabat, the only rider with a confirmed contract for 2021 before the start of this year, after his exit from Red Bull KTM Factory Racing and an upgrade to the Ducati team’s deal with the factory.

Only four seats on the 2021 grid have been filled so far, theoretically, the others being Maverick Viñales and Fabio Quartararo at Movistar Yamaha and Marc Marquez at Repsol Honda.

While Ducati currently has several Italians in its ranks, CEO Claudio Domenicali says that is not a pre-requisite to ride for the Bologna factory.

Petrucci also opened up on the possible impact on competitors of the revised calendar, which could see races fitted into the summer break and double-header weekends if there are further disruptions.

“I don’t know on a physical level what it will be like to have so many races at the end of the championship, this is new for everyone,” he said.

“Starting with Jerez, I like the tracks that follow; I have always done well at Le Mans and Mugello, Barcelona, Assen.

“It’s clear that we won’t have a summer break, we will see climates we have never seen before in Argentina, USA and Valencia, but nobody knows how we will react.”