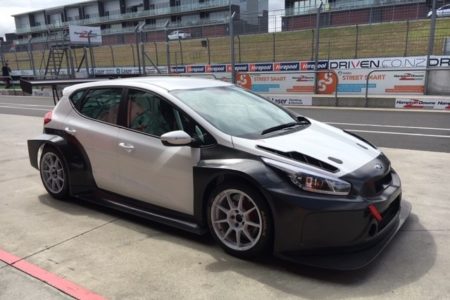 The first of two Kia Cee’d TCR cars has arrived in New Zealand ahead of the start of the inaugural TCR New Zealand Championship late this year.

The Kias are being imported by Choice Performance Ltd with the intent of fielding the cars in its home country and TCR Australia.

The Pukekohe-based team is the official agent on either side of the Tasman for Austrian company STARD (Stohl Advanced Research and Development), which builds the TCR-spec Cee’d and also runs it in TCR series in Europe and Asia.

Chris Little, of Choice Performance, said, “Having worked closely with Manfred and his team in Vienna I am exceptionally excited for this opportunity.

“We are delighted that the first of the Kia TCR cars are finally in New Zealand.

“The development of the Kia Cee’d TCR is world class and a real credit to STARD.

“We are confident of achieving strong results in the New Zealand and Australian championship with the Kia Cee’d TCR and look forward to fostering our strong relationship with STARD who are exceptionally customer friendly.” 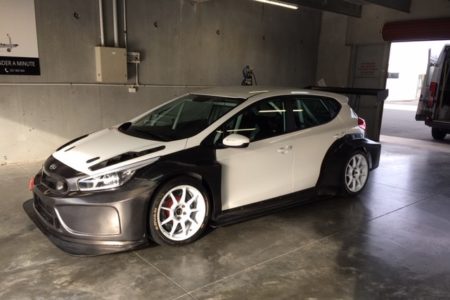 Manfred Stohl himself added, “We are excited to see the results Choice Performance and STARD can achieve with the Kia Cee’d TCR.

“There is potential to create marketing opportunities for the Kia brand and increase the brand’s exposure to existing and potential customers.

“I am very pleased that we are now represented in Australia and NZ with our STARD-developed KIA TCR vehicle.

“With Choice Performance and partner Andrew Simms, who is the largest Kia Dealer in NZ, I see an incredibly strong team that, as the exclusive partner in this region, will best represent our interests and achieve a sporting success in the foreseeable future.

“Chris Little, whom I know very well from the rally scene, is also a perfect team manager for the project.”

Choice’s drivers for the the 2020/21 TCR New Zealand Championship, which is expected to start in November according to organisers, are yet to be announced.

TCR New Zealand was to have kicked off in early-2020 with a rapid-fire five-round series alongside the similarly-run Castrol Toyota Racing Series before those plans were called off.

It has since attracted ‘New Zealand Touring Car Championship’ status from the BNT V8s ahead of its inaugural campaign.