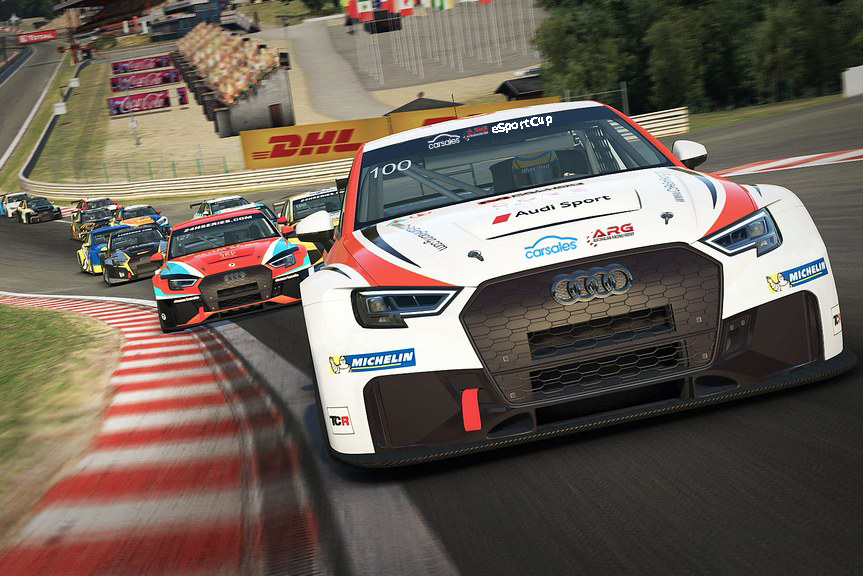 TCR cars on the iRacing platform

Known as the carsales ARG eSport Cup, it will put drivers onto virtual race tracks in a mixture of touring cars and open wheelers over the course of the campaign, which will be run in the iRacing platform.

The series will be open to competitors from the carsales TCR Australia Series, VHT Australian S5000 Championship, National Trans Am Series, Kumho Tyres V8 Touring Cars, and the Gulf Western Oils Touring Car Masters, plus selected guests, although ‘pro gamers’ are not eligible.

It means that the former three will enjoy the advantage of racing in the online version of their own discipline in one week, before all switch to an open wheeler category in the next.

TCR Australia and S5000 have been particularly impacted by the coronavirus outbreak, initially with the loss of the Asia Pacific Cup and the latter’s first round proper at the Formula 1 Rolex Australian Grand Prix.

The now postponed Sydney Motorsport Park round of the Shannons Motorsport Australia Championships was also to have featured TCR and S5000, as well as the other three aforementioned series, and Easter’s Bathurst 6 Hour meeting has been rolled into November’s Bathurst International meeting, delaying TCR’s Mount Panorama debut.

ARG CEO Matt Braid says that the eSport Cup will be a welcome substitute during the current motorsport drought.

“This week has been a roller coaster for everyone, both here in Australia and around the world,” observed Braid.

“This is a way for us to bring some normality back to our worlds as we are faced with our new environments.

“The initial response from drivers and teams has been very encouraging. I would not be surprised if we end up with a grid of around 40 cars, with dedicated drivers from the ARG stable of categories.

“The eSport Cup is open to all drivers and teams from the ARG categories, and there will be some really exciting entries keen to show their skills in the online format.

“More details will be available soon, however, we trust that all race fans will see this as a great way to fill the gaps before we get back to our real world racing.”

Final details will be confirmed before the competition begins next month and continues on consecutive weeks into May.

Meetings will run for 90 minutes, with racing to be shown on the TCR Australia and S5000 Facebook and YouTube pages, and prize money going to the winners.

Although the iRacing platform’s TCR fleet is limit to the Audi RS 3, each car will be dressed up in its driver’s real world livery each week.

That means, for example, that TCR liveries will be wrapped onto open wheelers for some nights of the competition.

ARG’s move follows that of Supercars, which will hold its own eSeries during the enforced lay-off from racing.

Round 1 of the ARG eSport Cup will be held on Thursday, April 2.