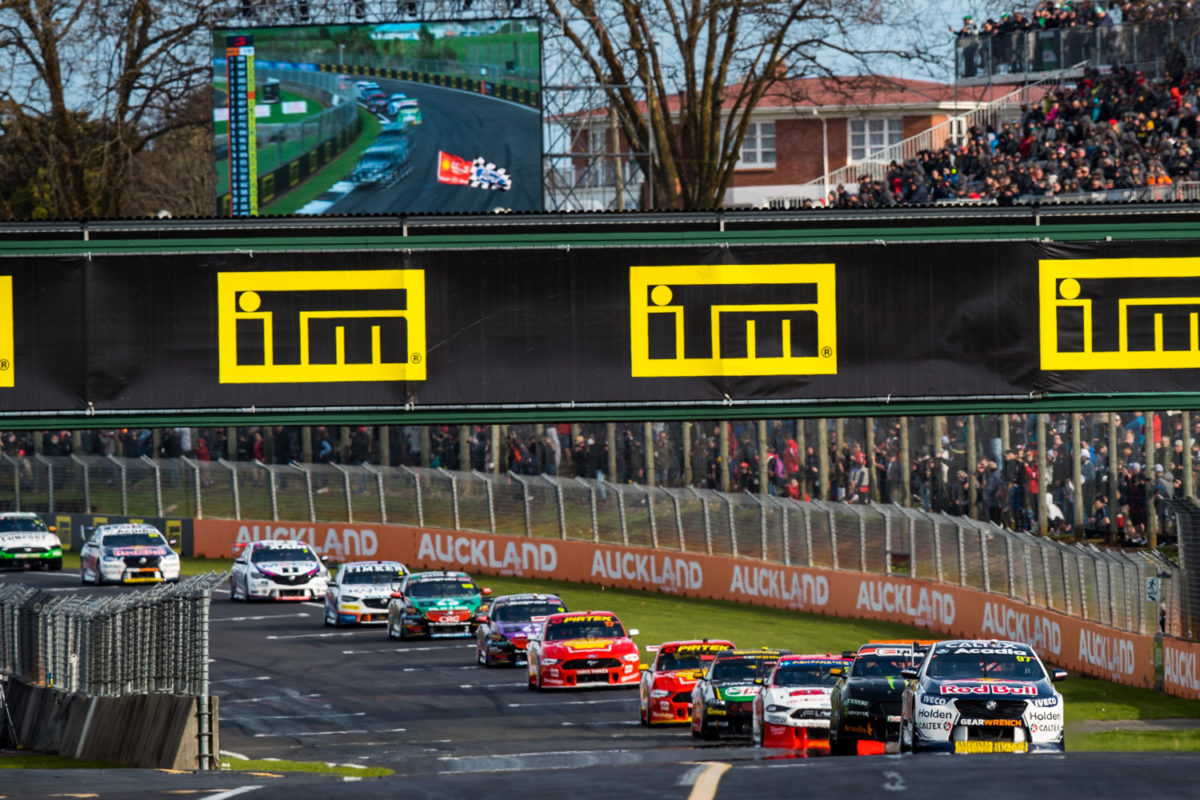 Pukekohe Park could come back to the Supercars calendar

Postponing the ITM Auckland SuperSprint could allow Pukekohe Park to get back on the Supercars calendar in 2020.

On Wednesday it was confirmed by Supercars CEO Sean Seamer that the sole offshore event would be rescheduled due to the ongoing coronavirus pandemic.

That event joined the Tyrepower Tasmania Super400 and the Pirtek Perth SuperNight, which are also set to be held at a later date.

As it stands, Hampton Downs Motorsport Park is still set to host the Virgin Australia Supercars Championship. Though that could soon change.

The inclusion of the circuit to the calendar only came after it was discovered Pukekohe Park could not host an event on ANZAC Day.

Hampton Downs was subsequently announced to replace nearby Pukekohe Park, however, with a date change pending it could see Supercars back on familiar ground.

Speaking with Speedcafe.com, Hampton Downs Motorsport Park CEO Josie Spillane said there are still discussions to be had surrounding their involvement.

“I believe that it was obvious from the beginning that Hampton Downs was willing and prepared to step in and try to provide a solution for something that was really out of the ordinary,” Spillane said of the initial ANZAC Day date clash.

“We’ve got very open lines of communication with the Supercars team and we’re doing everything that we can, as we already have done, to make the process as amicable and easy as possible in these really challenging times.

“Discussions are really early. They’ve got several challenges, it’s not just the New Zealand round that has been affected by this.”

Armitage did confirm Pukekohe Park is being considered given the initial calendar issue is no longer pertinent.

However, he said the efforts by Hampton Downs have to be recognised, and as such, that could potentially mean staying at the circuit.

“It is fair to say discussion around the venue will have to be a part of what we do sit down and talk to Supercars about, as well as confirming a date,” Armitage told Radio Sport.

“I do want to stress though that I am very appreciative and willing to acknowledge the role that Hampton Downs has played up to this point.

“The fact of the matter is we were in jeopardy of not hosting a round at all this year without them helping us out.

“I personally feel that there is something that we need to be doing around acknowledging the role that Hampton Downs has played at this point.

“But of course, Pukekohe, given that it is in the Auckland boundary, becomes a part of the discussion.

“We look forward to sitting down with Supercars and fleshing that out in the coming weeks.

“It certainly impacts on Hampton Downs and provides some uncertainty in terms of where the event will be hosted and what role they might play this year and beyond,” he added.

“There is a lot of time and money and investment and thinking that has gone into this point. That’s now in some jeopardy.

“We want to maintain a really positive and constructive relationship with Hampton Downs and I’ve been in touch with the team to take them though where we’re at.

“Equally, Pukekohe Park, they’ve got an interest in what happens next.

“Pukekohe is always going to play a role as long as it is hosted here in Auckland. We’re keeping them across the discussion too.”

Asked when an event could take place, Armitage said it was too early to speculate when Supercars could head across the Tasman.

“We’re talking the back end of the year given they’ve suspended the calendar until the end of June,” he said.

“We’re going to sit down with Sean and the Supercars team, but you may see things extend into next year as well. We’ll wait and see, but we’ll provide certainty at the earliest opportunity.”

Spillane said there are ‘several considerations’ that need to be taken into account now that Pukekohe Park is a possible option for Supercars and ATEED, should they choose to go back.

For Spillane, it’s a wait and see approach, but they remain committed to hosting an event at a later date.

She also commended Supercars for its efforts in the wake of the coronavirus pandemic.

“From our position, we were the host circuit, the event has been postponed, and we wait to see what the future looks like,” she said.

“To take any other line is not being pragmatic or realistic. It’s very early days.

“I can assure you that Hampton Downs is very excited to be hosting a round of Supercars in the future and I hope that we still have that opportunity.

“We’ve enjoyed a really strong and positive relationship with the team at Supercars and at ATEED.

“There are some smart, talented people in both of those organisations and we totally understand the decision that has been made now and wholeheartedly endorse it.

“I’ve got no doubts that Supercars will be able to deliver a full calendar and I really look forward to seeing what that looks like.”