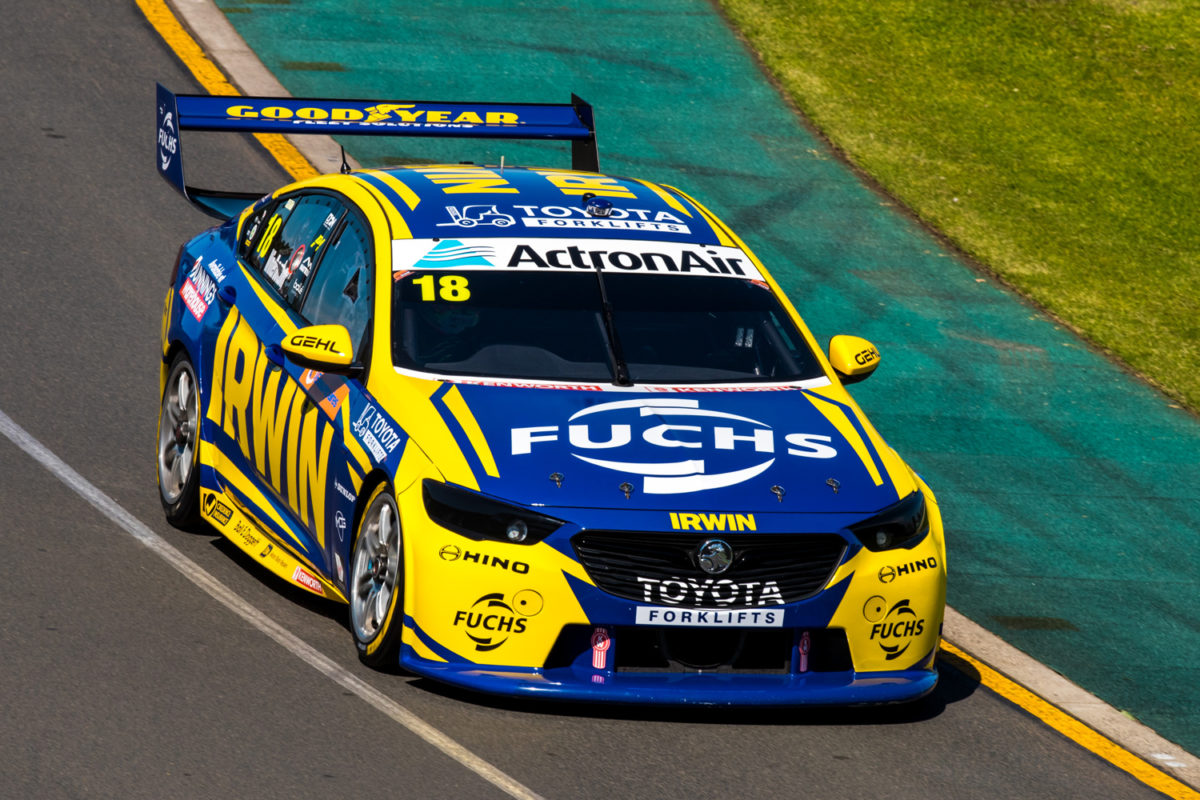 Owned and operated by Charlie Schwerkolt, the Melbourne team are customers of the Banyo-based factory Holden outfit.

A close relationship between the two teams sees data sharing take place as well as the supply of cars and Triple Eight-manufactured componentry.

Winterbottom said he was disappointed not to race in Melbourne where he believes he could have been on target to contend with the likes of Jamie Whincup and Shane van Gisbergen.

The Red Bull Holden Racing Team duo were set to be front row starters, but the event was brought to a premature end due to the ongoing coronavirus pandemic.

“At the (Melbourne 400), I was pretty confident I could go head to head with them,” Winterbottom told Speedcafe.com.

“I felt like the car was in a position where you could muscle it for the first time in a long time and challenge them.

“Where they’re good, they’re good week-in-week-out. Their bad days are still something that you envy.

“We’re going okay, but at the same time our mothership, which is Triple Eight, are very strong now as opposed to this time last year.

“We’ve got really good data as well from them and the relationship is really strong.”

With plenty of confidence to boot, Winterbottom reckons it won’t be long before he is in a position where he can challenge for a podium.

That opportunity nearly came last year when he put his Holden ZB Commodore on pole position at Symmons Plains in Tasmania. In the end, Winterbottom couldn’t convert and had to settle for fourth on that day.

While positive about his chances in 2020, he remains realistic that a win or podium won’t be easy.

“I think we can challenge for a podium, I just don’t know if it’s regularly,” he said.

“I’m not sure if we can do it week-in week-out, but that’s the plan. If we can get one then we’ll try and turn one into two and get the ball rolling.

“We need to get podiums, but to say we’re going to win the championship this year is ambitious, but until you know you can’t you’re not going to give up on it.”

While Melbourne was largely a non-event for the lion’s share of the Supercars paddock, Winterbottom said what limited track time he had was valuable to the team’s development.

He said it’s a strong turnaround from this time last year where he was only on the fringe of the top 10 order.

“I’m disappointed we didn’t get to show what we had, I was on target for P4 or P5 in qualifying until I made a mistake,” said Winterbottom.

“Going into Friday I was confident we could put the car in the top five. Last year at the Grand Prix we had no chance of doing that. We were a tenth-at-best car. I actually think we could have had a good crack this year.

“We learned a lot in practice. After 12 months with the team, that was the most productive weekend in two 30-minute sessions from a car that was not undrivable but felt pretty close to it, to a car that was close to a top five pace.

“I’m disappointed we didn’t get to show what we had. The lap time that Whincup did for P1, I should have done that. I think we could have matched that lap time.

“Last year we would come away from Sunday, flip a coin, and say ‘I don’t know’. We understand our car a lot better this year.”

This year marks Winterbottom’s second season with Team 18. Before that, he had only ever contested a season for Tickford Racing in its various guises bar two with Larkham Motor Sport.

Winterbottom remains clear on his intention to see out his Supercars career under Charlie Schwerkolt. However, before he goes he wants to take them as close to a title as possible.

“The end goal is the same. We won a championship at Tickford, I’m trying to do this a lot quicker at Team 18.

“If we can keep trimming the gap the way we have, we’re on the right track. But like anyone, you want it yesterday and not tomorrow.

“I like Charlie, he’s a ripper boss. His goal is to win and I definitely want to do that. I want to turn it into a team that attracts people.

“You look at someone like Scott Pye, he had options. He had probably four teams he could go to and he chose our team. What we’re doing is working. You’ve got to create that destination for people to come to.

“It’s a team I want to win with and I’ll only race for this team now, this is it.”