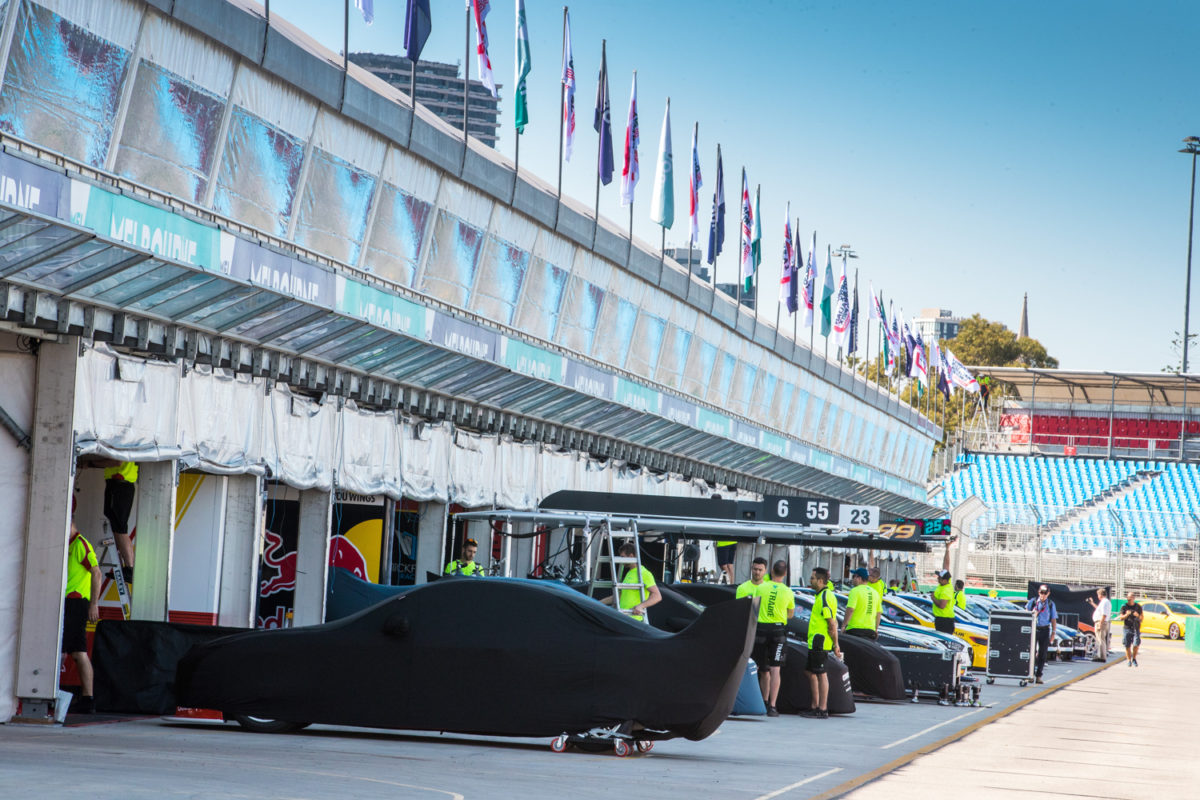 Supercars is set to resume in June

The Virgin Australia Supercars Championship has postponed events at Symmons Plains, Hampton Downs and Wanneroo (Barbagallo) due to the ongoing coronavirus pandemic.

Supercars CEO Sean Seamer confirmed the changes in a statement today, affirming the affected rounds would take place at a later date.

“Today, on behalf of the Virgin Australia Supercars Championship, I want to provide an update on our plan for managing the 2020 Championship during the months ahead,” said Seamer.

“We have been working diligently to assess all available options to ensure continuity of the Series.

“Obviously, the situation is evolving, but we acknowledge the need to act decisively with the information we have at hand.

“Our sport is a visceral experience and rather than run without crowds, we have decided, along with our key broadcast and government partners, to delay any further racing until June.

“Tasmania, Auckland and Perth events will all be postponed until later in the year, not cancelled. Fortunately, our calendar this year enables us to do this.”

Seamer affirmed the Supercheap Auto Bathurst 1000 would not be impacted by any possible calendar changes that may come.

“Supercars’ priority is to deliver the 14 round 2020 championship for our fans and partners, irrespective of the dates,” said Seamer.

“Bathurst will obviously proceed on its traditional date. We have a plan for how we can make that happen and will begin discussions with all of our stakeholders over the coming days to lock this in.

“We anticipate that we will be able to formalise and communicate this plan within the next few weeks. We wish our fans, partners and people all the best through these challenging times.”

Supercars’ partner Virgin Airlines has today confirmed it will ground its international flights from March 30 to June 14, and cutting domestic capacity by half.

The Winton Super400 at Winton Motor Raceway is the first round on the calendar currently unaffected and is slated for June 5-7.

Supercars is working on a readjusted calendar to ensure 14 rounds of the championship are held.

Already the championship has been hit by the COVID-19 outbreak after the Australian Grand Prix was called off, resulting in the cancellation of the Melbourne 400.

Supercars has earmarked plans for an eSports Championship in which current drivers will race against each other.

The long-awaited docuseries following Penrite Racing has also been given a release date, with the eight-part series to be available from March 30 on Foxtel, Fox Sports and KaYo.