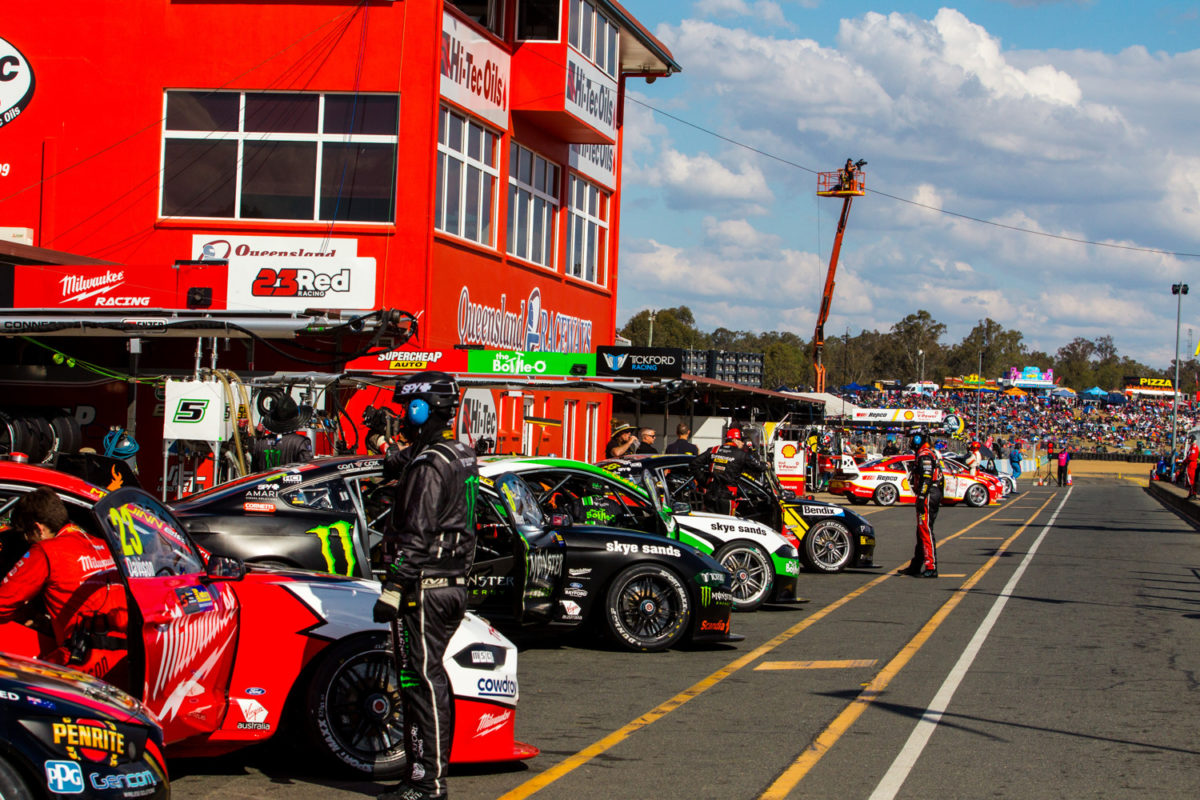 Queensland Raceway boss John Tetley has offered his “full sympathy and support” to Supercars following the loss of four races as a result of the cancellation of the Formula 1 Australian Grand Prix.

The Queensland Raceways CEO – who also operates Lakeside Park – said he is open to having the Virgin Australia Supercars Championship race at the Ipswich circuit this year to make up for the racing lost at the Melbourne 400.

Supercars has earmarked the possibility of rescheduling the races, which were to take place at the Formula 1 Rolex Australian Grand Prix until it was cancelled due to the COVID-19 outbreak.

Currently, Supercars has made no decisions regarding its plans for the remainder of the year.

Opened in 1999, Queensland Raceway has been a staple of the Supercars calendar. However, the 2020 season marks the first time the circuit hasn’t been part of the championship since its inception.

A return for Supercars this year could be on the cards if it decides to host an additional event.

“I’m expecting that we might get an approach and obviously we’d be more than sympathetic to that approach, so that’s where we stand at this moment,” Tetley told Speedcafe.com.

“I have a feeling they’re going to be looking for three new events somewhere.

“As I say, anything I can do to help them I would be more than happy to.”

Speaking of the ongoing pandemic and the challenges it poses Supercars, Tetley said: “They have my full sympathy and support. I know it (isn’t) going to be very easy for them anyway.”

However, a Supercars return would likely have a knock-on effect to Queensland Raceway’s calendar.

“I think between these two venues (Queensland Raceway and Lakeside) we’ve got 280 events this year,” he said.

“The only way we can fit (Supercars) in is to cancel something else.

“I would suggest, depending on what the date is we would be looking to, rather than cancel, find someone way of deferring an event.

“Don’t forget, we’ve got lights now. We can run until 10:30pm at night. We can just about, here at QR, run a two-day race meeting in one day. We can concatenate and condense the events to make a hole for them.

“Weekends are very busy. We typically have at least three days if not four days a week across both venues that we have other activities.”

Scheduling aside, Tetley suggests the reintroduction of Queensland Raceway to the calendar wouldn’t be difficult given the championship’s recent history and knowledge of the facility.

“We would be doing it the same way we’ve been doing it for the last 11 years. It would be, in effect, an extension of the contract we’ve had in the past,” he suggested.

“It’s pretty straightforward for all parties. They’ve got all the right people, they know how to run this place.

“They could move in here with their existing plans and existing expertise, which always makes a big difference when you’re trying to run an event of those dimensions.

Queensland Raceway is local for several teams, including powerhouses Triple Eight Race Engineering and DJR Team Penske. Matt Stone Racing is based in Queensland as is Team Sydney for now.