After the dramatic coronavirus-related developments in recent days, Speedcafe.com presents a round-up of the current status of the major series in Australia and the world. 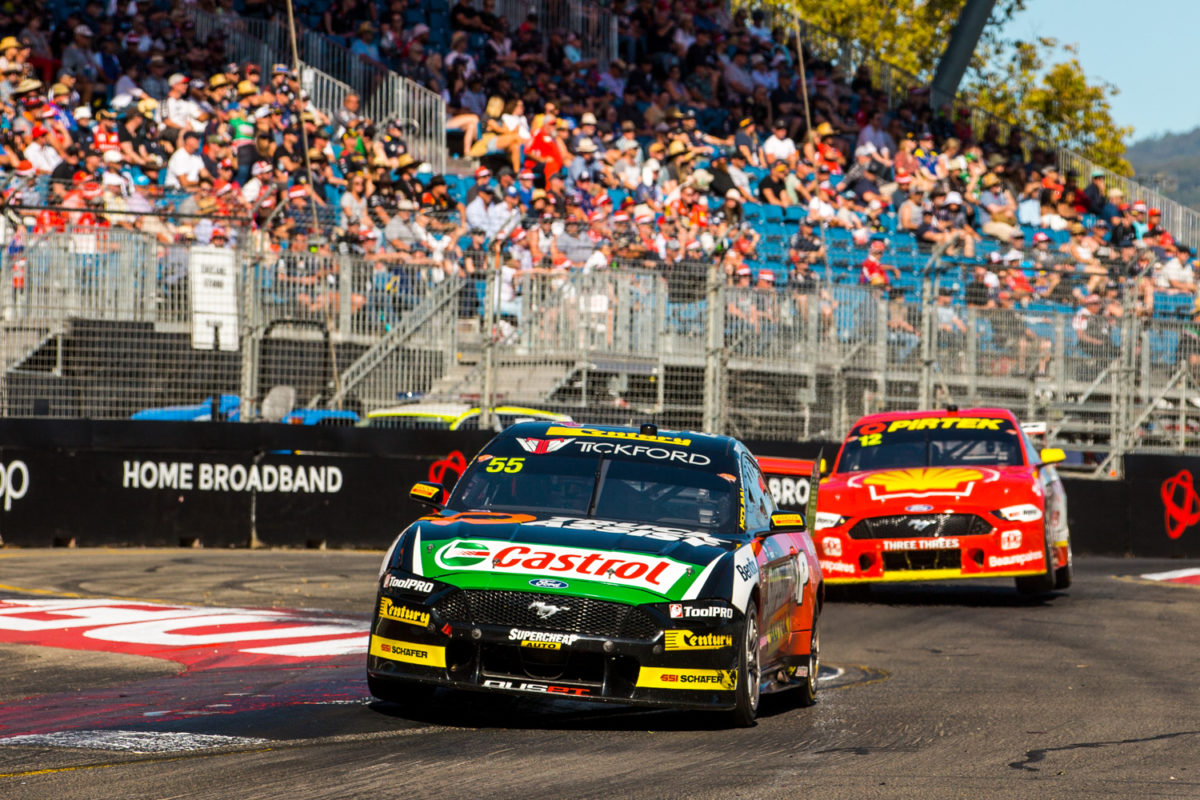 The impact on the Virgin Australia Supercars Championship has so far been confined to a single event, namely the Beaurepaires Melbourne 400, although next month’s ITM Auckland Super400 is in great doubt due to self-isolation measures currently in place on both sides of the Tasman.

New legislation (or orders initiated under existing legislation) banning non-essential, organised gatherings of over 500 people could also impact the Tyrepower Tasmania Super400 which is due to take place at Symmons Plains Raceway on April 3-5.

Supercars does, however, have much room in its existing calendar to move events around.

Even while chief health officers delivered recommendations of such public gathering bans on that same Friday, Supercars issued a follow-up statement expressing a willingness to modify its calendar in order to “deliver a complete Championship in 2020”.

As it stands, all events are three weeks apart (Sunday to Sunday), except for the six-week break from Hidden Valley (July 17-19) to Sydney Motorsport Park (August 28-30) and the two-week turnaround from Sandown (November 20-22) to the season finale in Newcastle (December 4-6). After the dramatic, 11th hour cancellation of the Australian Grand Prix, the following rounds in Bahrain and Vietnam were postponed, while Round 4 in China had already been postponed.

That leaves the returning Dutch Grand Prix at Zandvoort on May 1-3 as the season-opener by default, but even that proposition is shaky.

The Bahrain and Vietnam postponements announcement stated that “Formula 1 and the FIA expect to begin the Championship in Europe at the end of May,” which would also mean the loss or postponement of the Spanish Grand Prix (May 8-10).

Monaco could therefore open the season in its current May 21-24 slot, while F1’s Managing Director of Motorsport, Ross Brawn, has given an indication that two-day events are on the cards to accommodate triple-header sequences later in the year.

Formula 2 and Formula 3 were to have supported F1 at Bahrain, The Netherlands, and Spain. 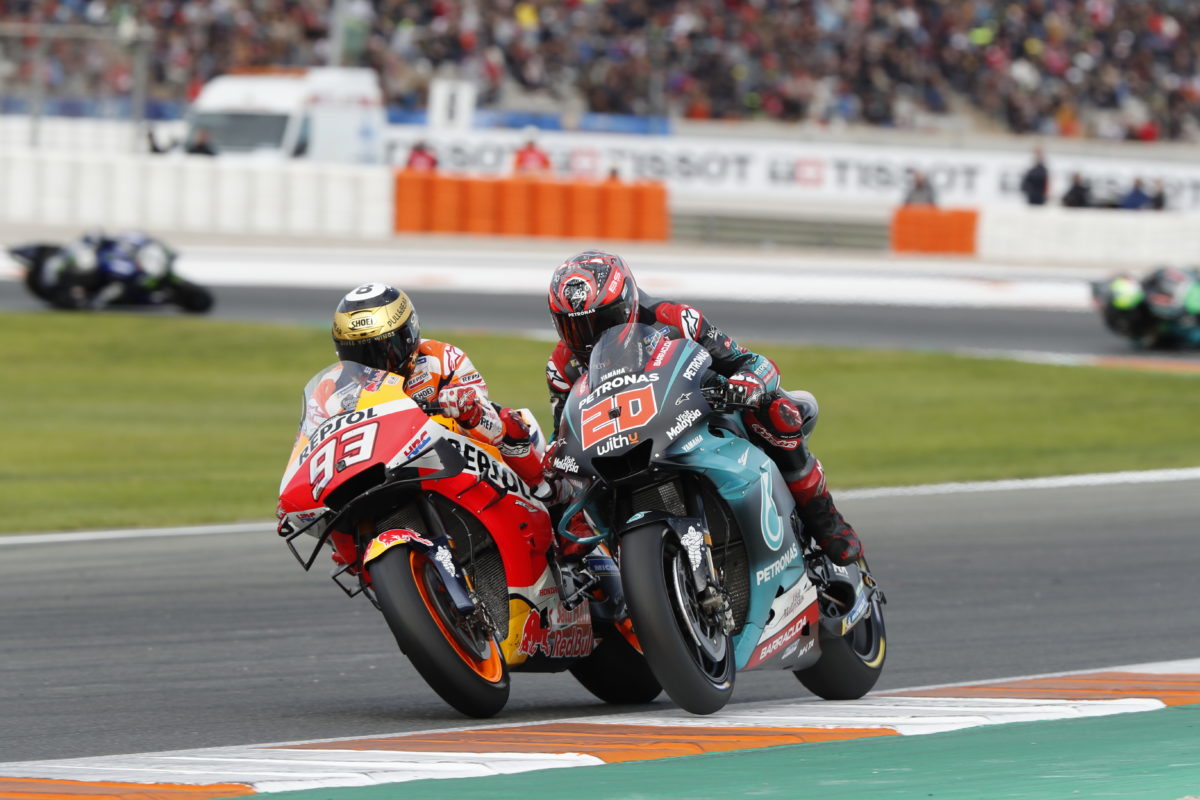 MotoGP has already made multiple revisions to its calendar due to the disruptions caused by coronavirus.

The premier class is also slated for now to start on May 1-3 at Spain’s Jerez, a circuit currently early into a 15-day closure due to the pandemic.

Moto2’s and Moto3’s opening rounds did take place in Qatar earlier this month, given the junior classes were already in the country for pre-season testing when MotoGP was called off.

Another 19 rounds are still on the cards given postponed grands prix in Thailand, the United States, and Argentina have already been rescheduled.

That has required some movement of rounds in September through November, and post-season testing is now date TBC.

However, Dorna and the FIM have both indicated that they are willing to come up with innovative solutions to maximise racing in 2020, with FIM President Jorge Viegas declaring there are now “no taboos” and that the season could even to spill into 2021. 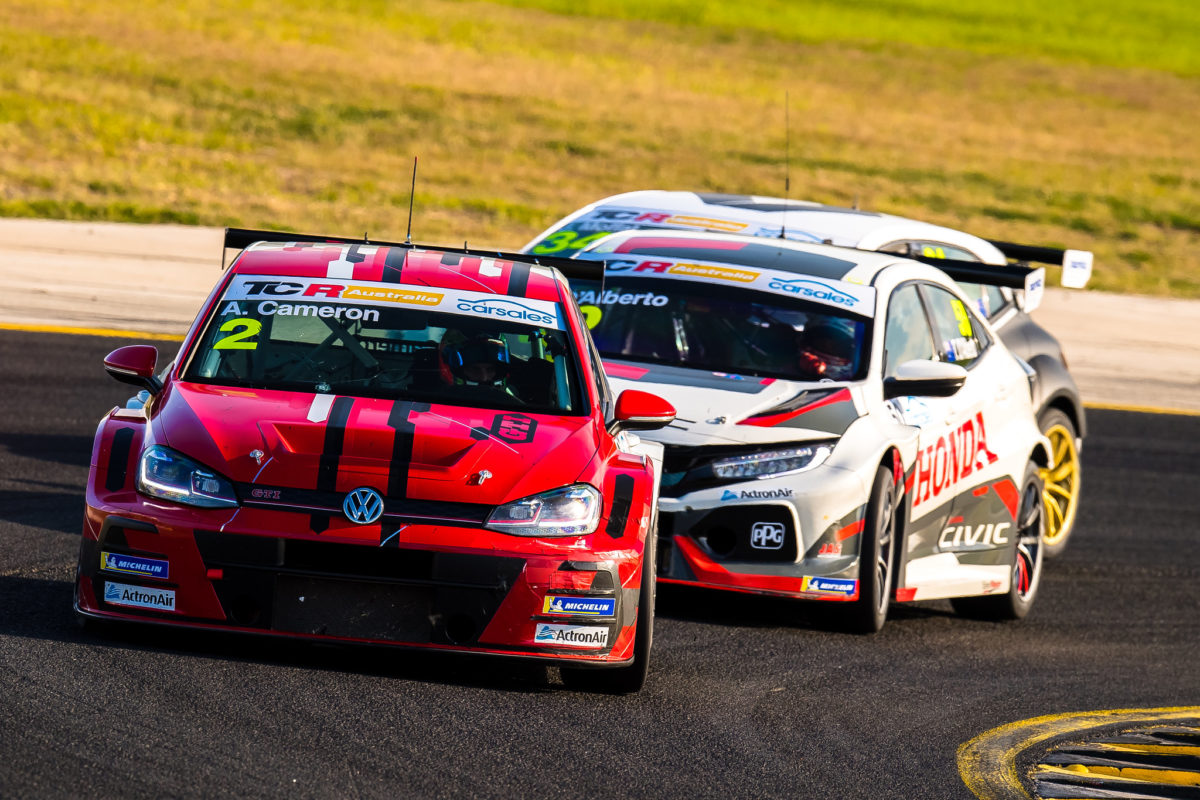 Round 1 of the Shannons Motorsport Australia Championships is currently going ahead at Sydney Motorsport Park on March 27-29.

That means TCR Australia and the VHT Australian S5000 Championship are slated to run their first and second rounds, respectively, at Eastern Creek, after missing out on all racing (the former as the non-points-paying TCR Asia Pacific Cup) at Albert Park.

Australian Formula Ford’s opening round is currently set to proceed on the same weekend at a state meeting at Winton. 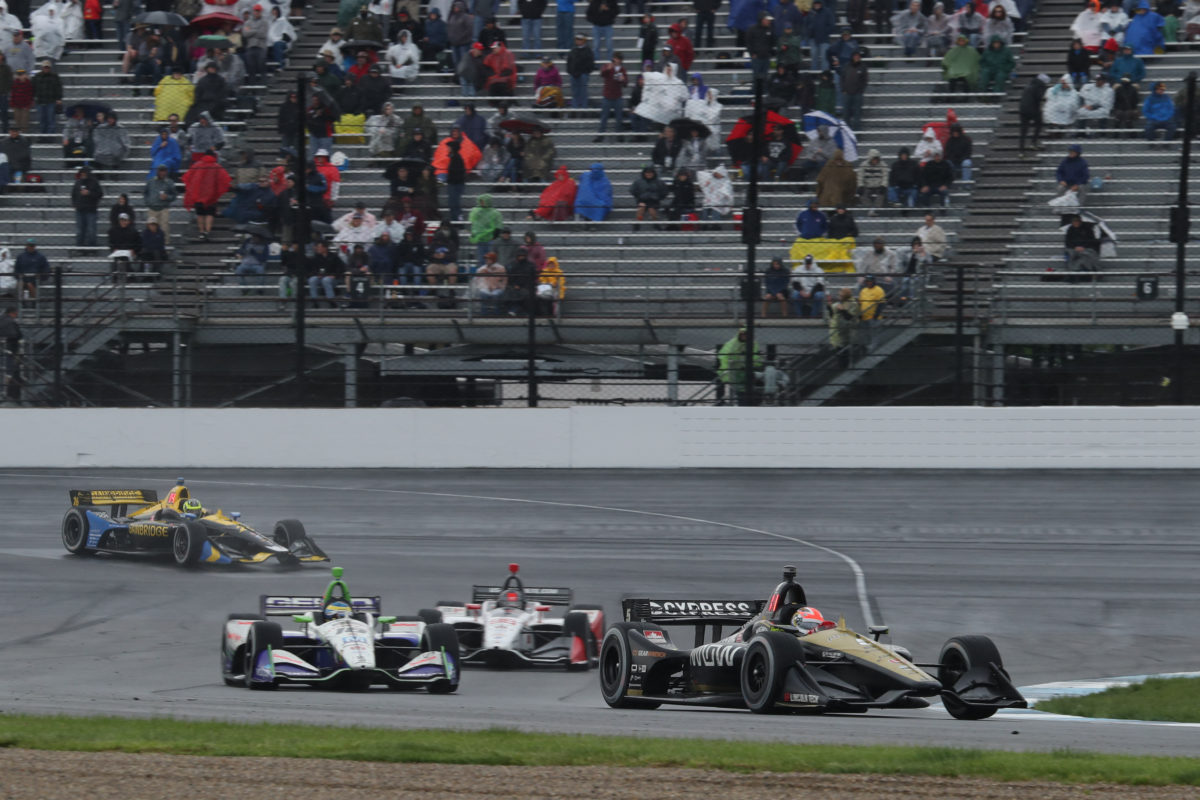 IndyCar initially moved to hold its St Petersburg season-opener behind closed doors, but then resorted to cancelling all four races which were to be held before the end of April.

The President/CEO of one of the affected races, Long Beach’s Jim Michaelian, nevertheless insisted in comments reported by Racer.com that “We’re not cancelled, we’re postponed” and was engaged in talks about a new date.

On the face of it, rescheduling a street race appears difficult, and IndyCar CEO Mark Miles has meanwhile stated in a teleconference, “We are absolutely focused on May,” when the two Indianapolis races are due to take place.

Indy Pro 2000 and USF2000 were both to have supported IndyCar at St Petersburg and also Circuit of the Americas on April 23-26. 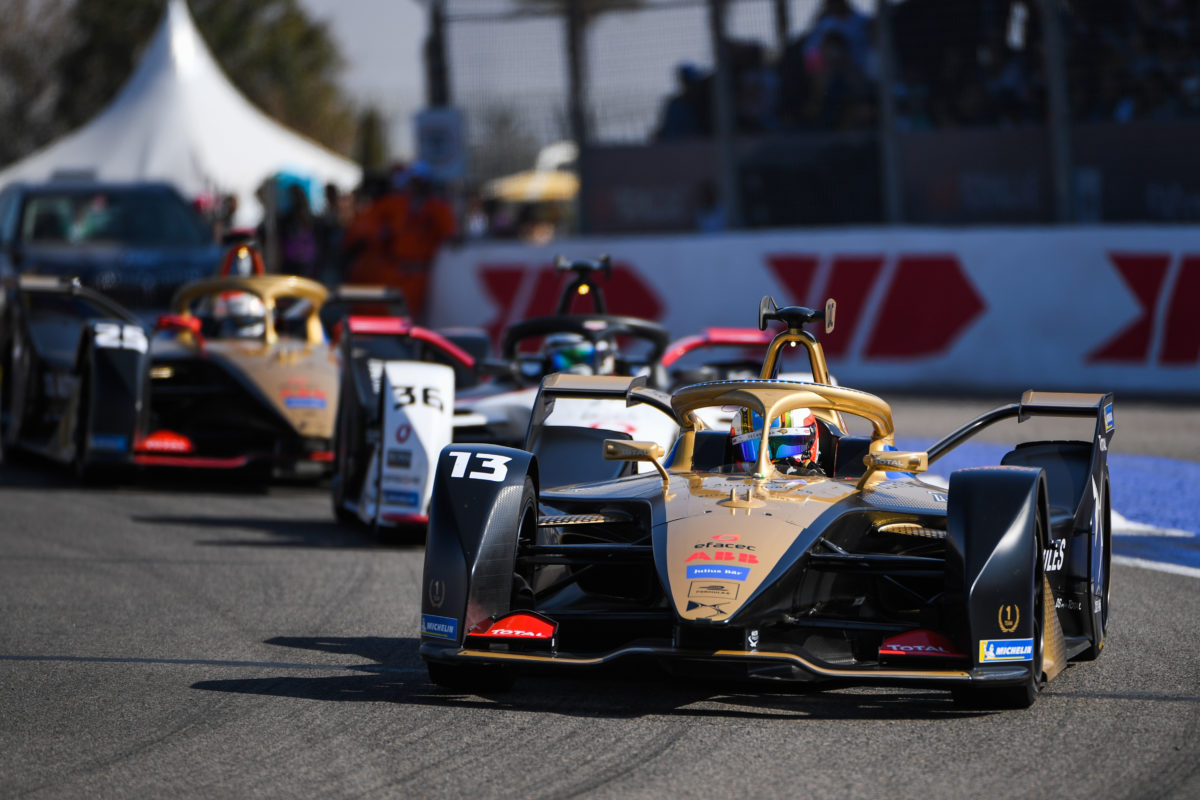 Formula E has suspended its season and implemented a flag system for races which were or currently are still upcoming.

Sanya (March 21) and Rome (April 4) had already been postponed and Jakarta (June 6) cancelled, but Paris (April 18) and Seoul (May 3) are now also off, despite the latter falling into the ‘yellow flag’ period.

“Formula E and the FIA have announced that the 2019/20 season will be temporarily suspended for a two-month period, considering the challenge the current health crisis poses to the organisation of events in city-centres,” read a statement from Formula E on Friday.

“The series is implementing a flag system traditionally used in motorsport, to determine different phases and time windows where races could be rearranged or remain unaffected. Red representing no races, yellow keeping the opportunity open and green going ahead as planned.

“Months marked as red flags are March and April, with May currently categorised as a yellow flag and both June and July given the green flag, should the situation improve and stabilise.

“As a consequence of the suspension, it will no longer be possible to race in Paris and Seoul, or Jakarta as previously announced on the originally scheduled dates.”

Rescheduling of races is possible but, at this stage, the next race will be in Berlin on June 21. 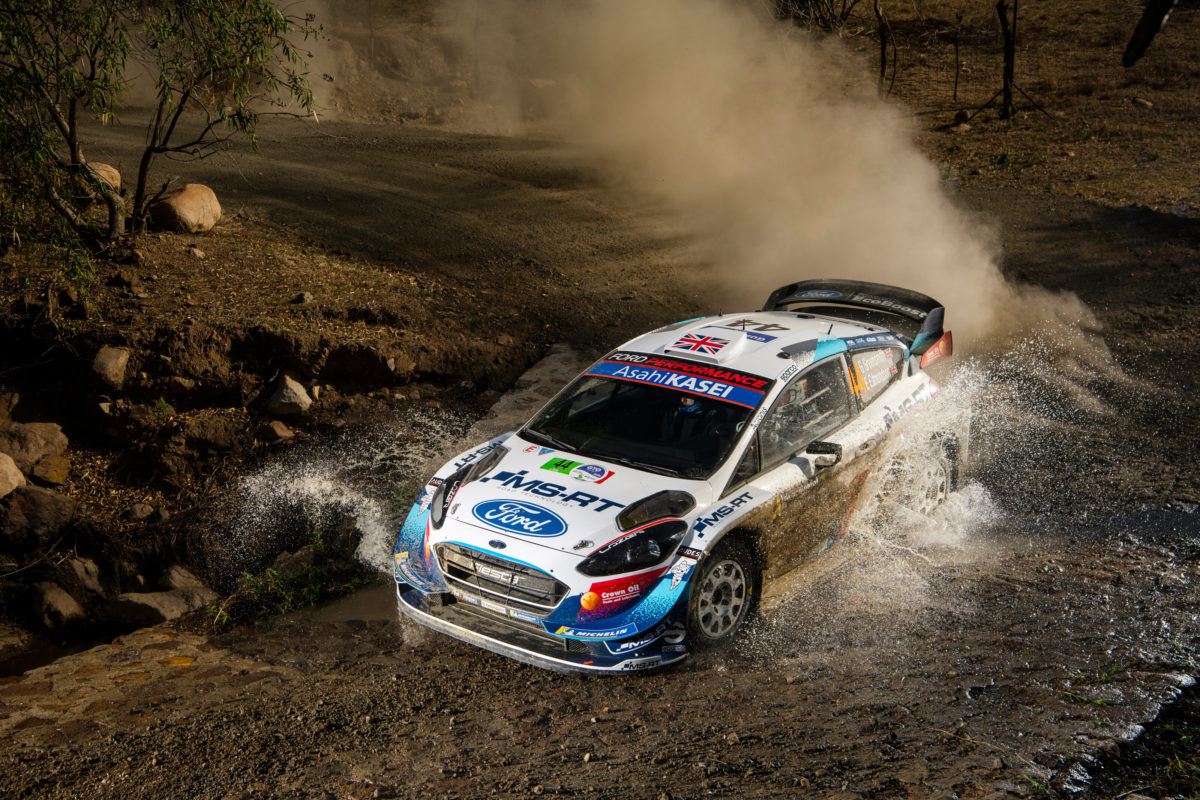 The just-completed FIA World Rally Championship round in Mexico was cut a day short due to impending travel restrictions and the next in Argentina (April 23-26) was postponed, leaving Portugal next on May 21-24.

GT World Challenge Asia, which Triple Eight Race Engineering has entered, has ‘postponed’ its first two events, at Sepang and Buriram, but is committed to still holding a six-event season.

Fuji, already set to run on May 23-24, has therefore become the season-opener while Autopolis has been inserted on July 11-12 and another will be added.

The FIA World Endurance Championship’s Sebring 1000 Miles race, scheduled for March 18-20, was cancelled due to travel restrictions to the United States, meaning Spa-Francorchamps is currently next on April 23-25.

The IMSA SportsCar Championship’s 12 Hours of Sebring race, at the same event, has been postponed to November 11-14.

It was also due to support IndyCar at Long Beach but is now in hiatus until the Mid-Ohio round on May 1-3.

Formula Renault Eurocup cancelled a pre-season test it was to have held recently in Barcelona, as well as the original season-opener at Monza, which has been replaced by a round at the Hockenheimring later in the year.

A test at France’s Paul Ricard, which is currently closed, is scheduled for March 31-April 1 before the first race meeting at Silverstone on May 8-10.

There are, as yet, no changes to the SRO-run Intercontinental GT Challenge, which began at Bathurst in January and resumes at Spa-Francorchamps in July.