F1 teams preparing to carry on through coronavirus pandemic

F1 teams preparing to carry on through coronavirus pandemic 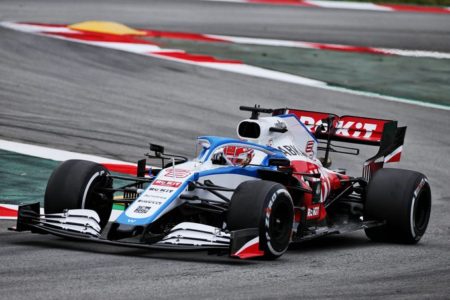 Williams Racing is prepared to carry on working through the current coronavirus pandemic which has claimed the opening four races of the Formula 1 season.

On Friday, the Australian Grand Prix was cancelled just hours before cars were set to hit track, while in the hours that followed it was announced that both the Bahrain and Vietnam races would not go on as scheduled.

Last month, the Chinese Grand Prix was postponed, meaning the first event on the F1 schedule as yet unaffected is the Dutch Grand Prix in May.

Following a positive test for one of its team members in the build up to the Australian event, McLaren has placed another 14 of its staff in quarantine in Melbourne.

In a statement made following confirmation the Australian race was cancelled, the team also confirmed that staff were travelling back to the United Kingdom (and not Bahrain) would go into isolation and not attend the factory for 14 days.

While there’s no word on how that will impact the team, it’s likely that it will have facilities for staff to work remotely where possible.

“We’ve got to make sure that we safeguard our business,” said Williams Deputy Team Principal, Claire Williams on Thursday.

“That comes in a variety of different ways to ensuring that we’ve got the capability for remote working, should we need to send our people home.”

However, Williams noted that such a solution was not possible for all staff, with manufacturing tasks necessitating staff to attend the factory.

“I suppose the main consideration for any team is around manufacturing, because you can’t manufacture parts at home,” Williams said.

“So if we have to shut down our factory that can be incredibly difficult.”

There are broader questions that also need to be asked, and answered, including what happens on the financial side of the sport.

It’s unclear whether the Australian Grand Prix Corporation is liable for its race hosting fee.

According to Williams, there are also question marks surrounding how prize money will be paid out.

Teams receive prize money through a complicated process at the end of each year.

For some of the smaller teams this can prove a significant source of income.

“There’s also the consideration around if we don’t go to races, then what happens with prize fund money,” Williams quizzed.

“Does that then decrease, which obviously would be incredibly difficult to manage.

“At the moment, we’re just hoping that that is not the case.

“We’re having conversations about insurance if it is the case, but it’s not an easy situation to manage.”